Today is World Book Day, and while we do like to recommend that you get your eyes on some real deal literature with fancy words and such, we couldn't let the day pass without giving a nod to the role that books play in some of our favourite TV shows and movies.

From authors who solved murders in their spare time to the fictional works of some of our favourite fictional characters, there's a huge number of books that never actually existed that we wish we'd had the chance to read, and these are a few of our favourites.

The entire canon of J.B. Fletcher - Murder, She Wrote

Jessica was always around when a murder was going down, and it turns out that no matter the location, there was a good chance that someone was going to bite the dust. Her works include Murder on the Amazon, Murder at the Inn, Murder at the Digs, Murder in a Minor Key, Murder at the Asylum, A Case of a Half of Murder, Runway to Murder, and All the Murderers. She really did write murder a lot.

Don't do what Donny Don't does.

Based in a book shop, Black Books featured plenty of literary works both real and fake. Tempocalypse, written by Nergritte Riley, was the perfect book for both men and women. It charted the struggle of a woman to find a boyfriend, whilst also having only 12 hours to stop nuclear war breaking out with China. The first novel to really combine romance and action properly. 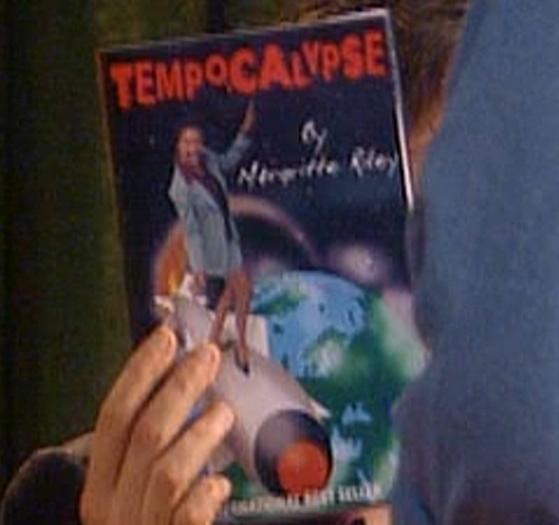 Barney Stinson's Bro Code became one of those most rare things; a fake book that was so popular it ended up actually being published in real life. It was even read by Barney himself (Neil Patrick Harris), and is truly the highest law in the land.

Brian the dog is a surprisingly accomplished author, given that he is both fictional and an animal, but he wrote the self help book Wish It, Want It, Do It, to great aplomb in the show. Writing his novel was a much more arduous process.

It was the subtitle of the book that really made this relevant to the time it was published.

The story of Alan Partridge's return to the big time was documented in Bouncing Back, but the book itself wasn't as successful as his comeback. Thousands of copies of the book were eventually pulped, perhaps due to a rather poor promotional tour.

Baby Steps - What About Bob?

Leon Marvin PhD's successful book Baby Steps provided a successful mantra for us all to learn from - baby steps. Baby steps through the office, baby steps to the hall...

Garth Marenghi is one of the few authors that has published more books than he's read, but his hit title Juggers was, as accurately described by YouTube user asjarrett, the book that Fifty Shades could have been.