Derek Davis started his career as a broadcaster with the BBC in Northern Ireland, before joining the newsroom in RTÉ and becoming a well-known figure in broadcasting thanks to his larger than life personality and his sharp wit. He eventually became a presenter on the nine o'clock news, before moving to host a prime time TV entertainment show.

He was perhaps best known for his presence on afternoon show Live at 3, which he started in 1986 and presented alongside Thelma Mansfield. It proved to be a huge success and made him a household name around the country. 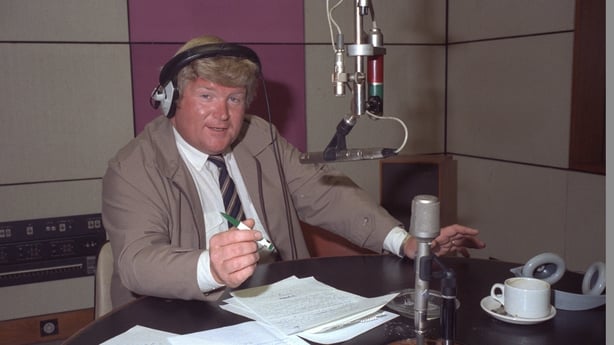 Noel Curran, Director-General, RTÉ, said he was saddened by the news and that "Derek Davis was a hugely popular man, both with audiences and with his colleagues in RTÉ. He was one of the first presenters I worked with as a television director and he was always generous with his time and advice, then and after. He was full of humour and warmth and was one of the most versatile presenters RTÉ has seen. But at heart he was always a journalist, and he brought that inquisitive sense of journalism to everything he did. From Live at Three to the Rose of Tralee, from Liveline to regional reports on the 2007 General Election for Drivetime, Derek Davis’s popular approach was always rooted in that strong journalism, which had marked his earlier years as a reporter and newsreader. He will be fondly remembered as part of the first two-hander news presentations with Anne Doyle, as well as his long-lasting pairing with Thelma Mansfield, just two of the many highlights in a long and distinguished career. I would like to extend my sincere sympathies to Derek’s wife, his three sons, his extended family, and former colleagues."

Davis passed away today after a short illness, and is survived by his wife and three sons.

Kourtney Kardashian's wedding photos are here and we're in awe