Back to work today? Here are five jobs that are probably worse than yours

It's been a tough day going back to work after the break, we're sure, and as you head back home with a weary head and reflect on how terrible your day has been, you might want to take a second to think about the jobs you could be doing that would have made today a lot worse.

This is one of the grimmest days of the year for all those who had the pleasure of getting plenty of time off over the Christmas, and with many getting nearly two weeks of blissful chocolate eating and TV watching, this morning was probably a bit of a struggle to get out of the bed and actually wash yourself for the first time in 11 days.

While we sympathise (but not too much), we hasten to remind you that things could have been a lot worse for you this Monday morning. How? Well, you could have had any of these fairly unique jobs that would make getting up a heck of a lot more difficult today. In no particular order, here are the jobs you're glad you've never done:

For many people, this is an occupational hazard over the Christmas period, but for some, this is their paid job. Gastroenterology is a career path that means that you may come in to contact with flatulence, and as part of his research, Dr. Michael D. Levitt of Minneapolis had to get some people in to be official fart smellers. The job involved grading just how bad a particular fart was after it had been collected from a group of 16 healthy volunteers who agreed to eat plenty of beans and then collect their output in plastic tubes that had been inserted into their anuses. 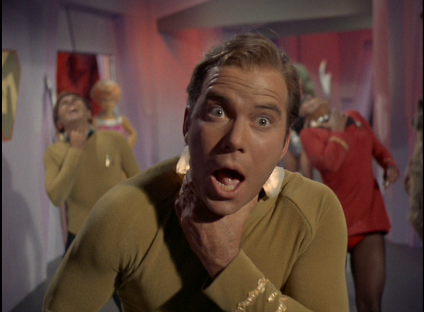 The two judges were then handed over samples and told to get involved and stick their noses in. Levitt didn't divulge how much the fart smellers were paid, but he did say that it wasn't enough. They found out that the main culprit when it comes to fart smells is hydrogen sulfide, and noted that the particular smell of a fart could be a good indicator of gastrointestinal problems, so it was all worth it.

In Mexico City, there are a lot of people, and a lot of sewers filled with the waste that their body produces. When something goes wrong and there's a blockage, or seomthing needs to be repaired by hand, the city turns to Julio Cu Camara, one of the city's two sewer divers. In 30 years on the job, he's gone in to the sewer network on dives over 1,400 times, and found some pretty weird things, from "cigarette butts to car parts, furn­iture and fridges", and some more sinister things too.

Most mornings we reach for a can of deodorant and give ourselves a quick blast to hide our stench, but have you ever stopped to think how they make sure that they actually work? Well, someone has to smell them of course, and according to The Mirror, one of those people is Peta Jones in Unilever Australia, who is an 'underarm odour assessor' for the company.

"The first time I took part in sniffing it did seem a bit strange, however within the first week of the job it was fine", Jones said, "It soon felt normal as there are a team of us doing the job and I could see the results we were producing were useful". No word on whether or not they say "smell you later" when the subjects leave the office though, which we would do in place of making a joke about our job being the pits.

That might not be the exact scientific term, but for those involved in the study of animals, there are certain times when they need to get their hands on some samples to study, which can include semen. When they need it, there are a few ways that they can get it (including an artificial vagina, the application of which is fraught with hazards and has left people in hospital) while there is also a sort of electric probe that can get the job done, although that requires sedating the animal first.

For other occasions when that just can't or won't work, good old "digital stimulation" does the trick, which involves getting the animal to the provide the sample using your hand to stimulate the relevant area, something which was demonstrated by Rebecca Loos a few years back on a reality TV show. At least you get to wear a glove.

You might feel this bored at your job, but actually watching paint dry is a real job in (as you might have guessed) a paint company. Dr Thomas Curwen, a Research Scientist for Dulux, watches paint dry as his way of earning a living, and while he's pretty good at it, we're not quite sure that he's an expert yet.

Apparently he uses a microscope to see what's going on at the microscopic scale so that they can find the most durable coat of paint for your wall. So while you sit around watching it dry on a macro-level, which he does admit is boring, the real fun is to be had when you get really close up. Allow him to try and convince you that it's really interesting...

Via Popsci.com, The Mirror