This Arnold Schwarzenegger story will make your day

This is just lovely

Arnold Schwarzenegger has played both the bad guy and the good guy on screen. In real life, he's definitely a hero.

The actor and former Governor of California has a strong social media presence.

Schwarzenegger was recently hanging out on Reddit and noticed this impressive pipe a fan had carved of his face.

The design calls back to the film that lanched his Hollywood career, 'The Terminator.' 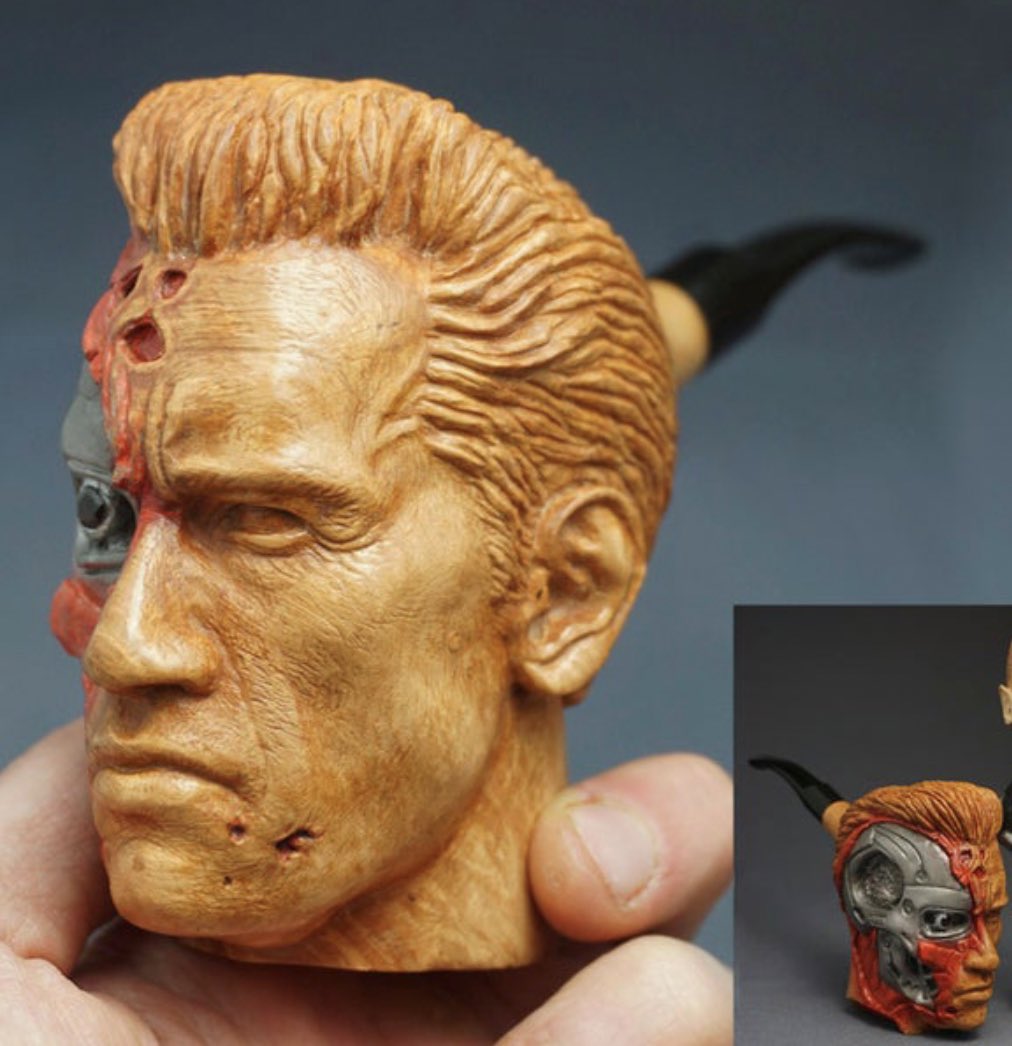 Arnold Schwarzenegger asked if the fan (username RadonLab) would sell him the pipe. But instead the craftsman insisted on giving it to the superstar for free.

As a compromise, the actor sent him a signed photo where he was using the pipe. And the fan couldn't have been more delighted. 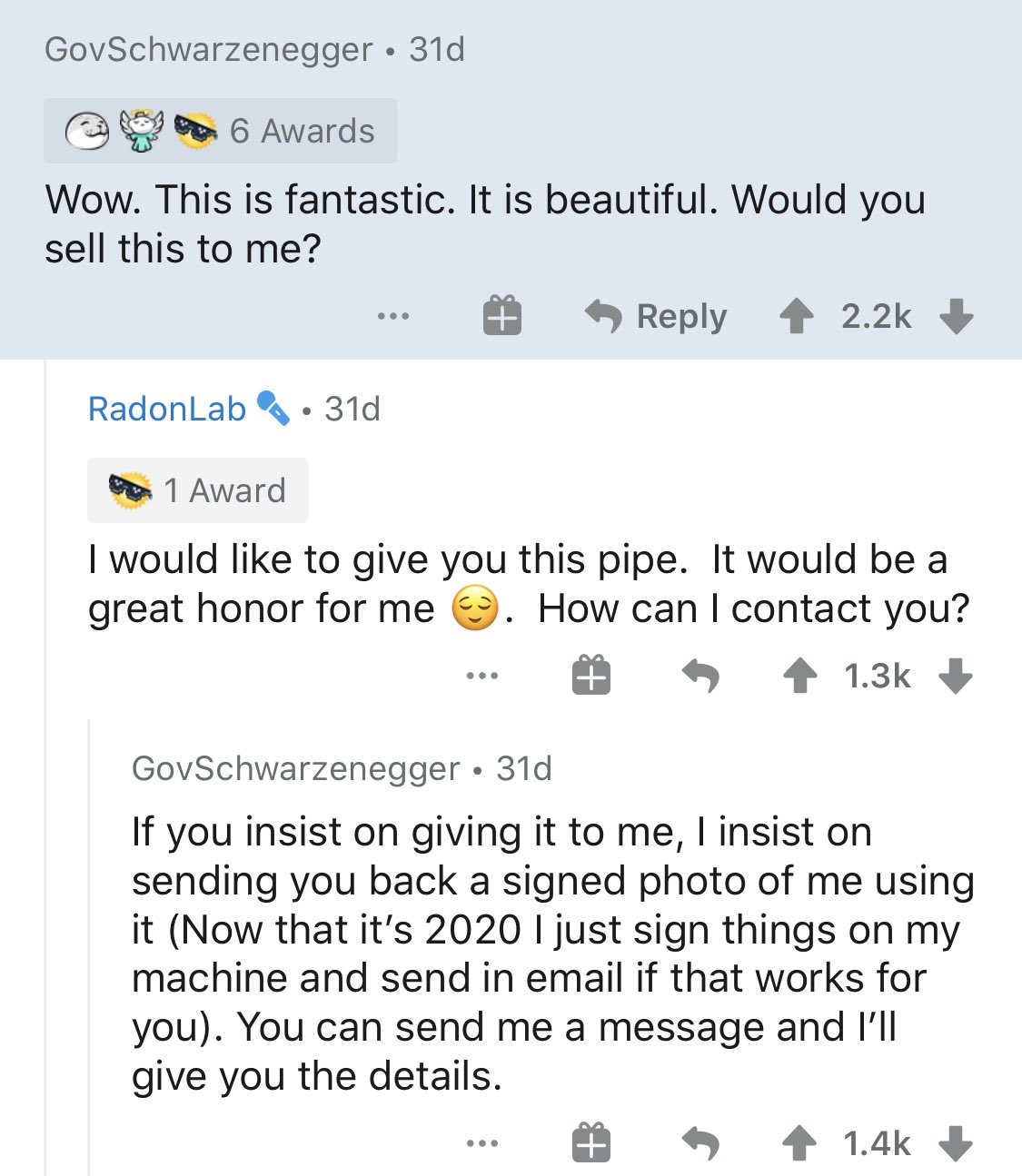 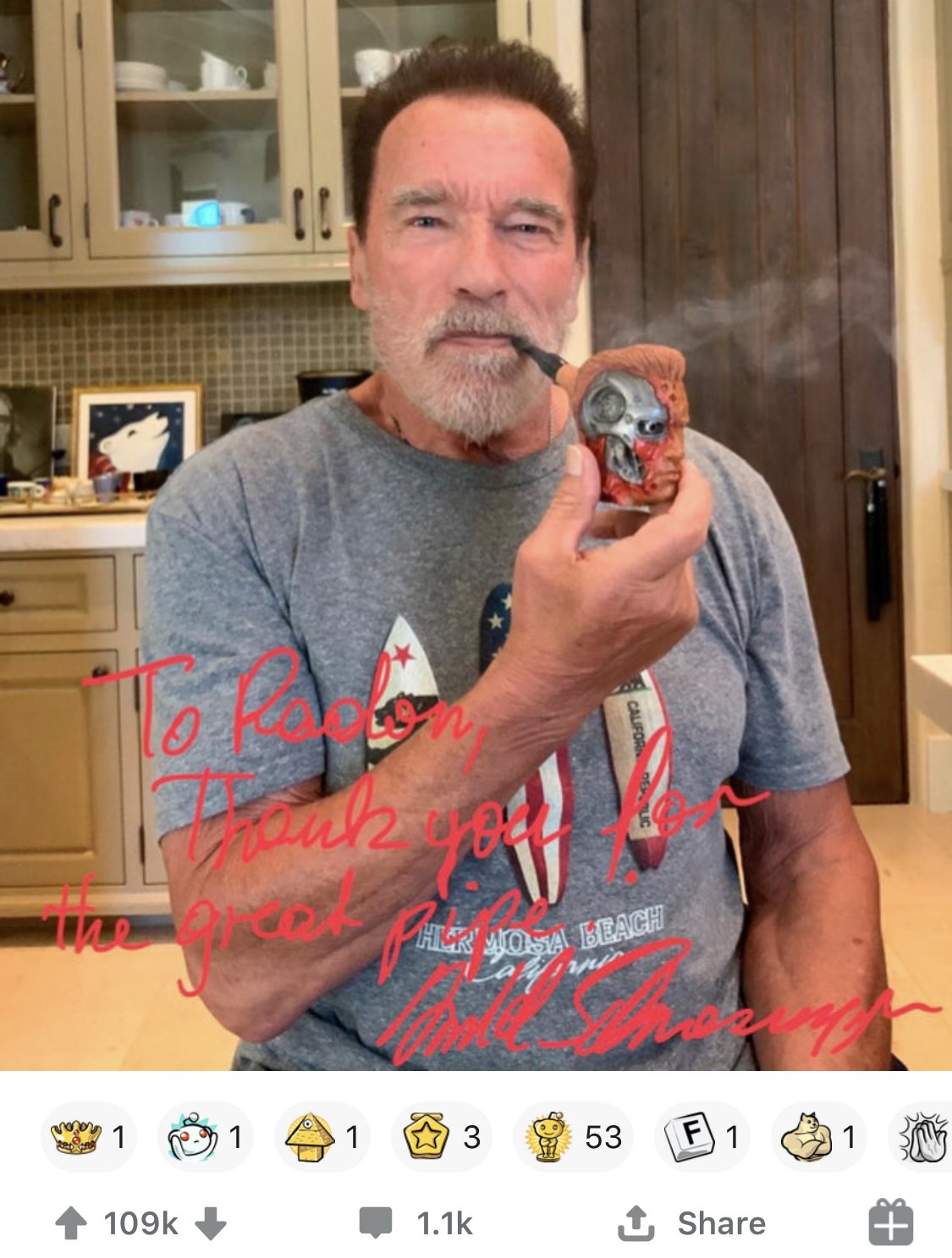 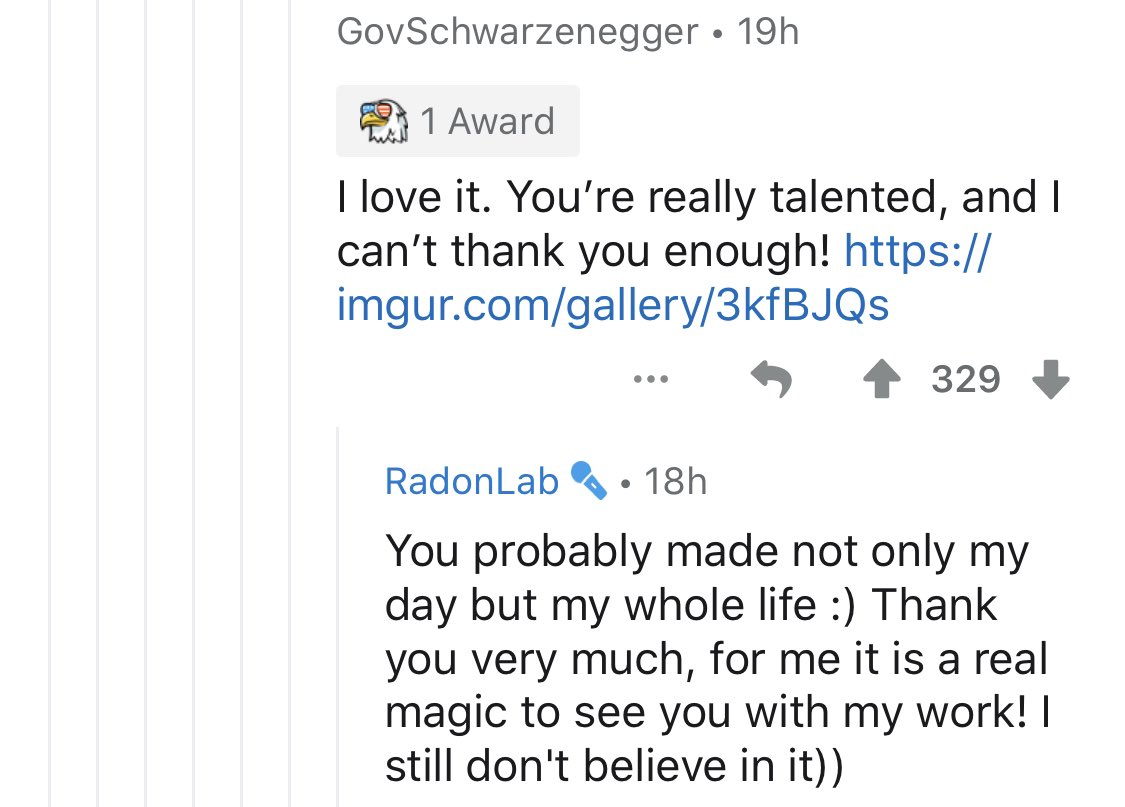 The story was shared on Twitter by Yoni (@OriginalYoni), who also shared some clapbacks from Schwarzenegger when Redditors were claiming the story was fake. 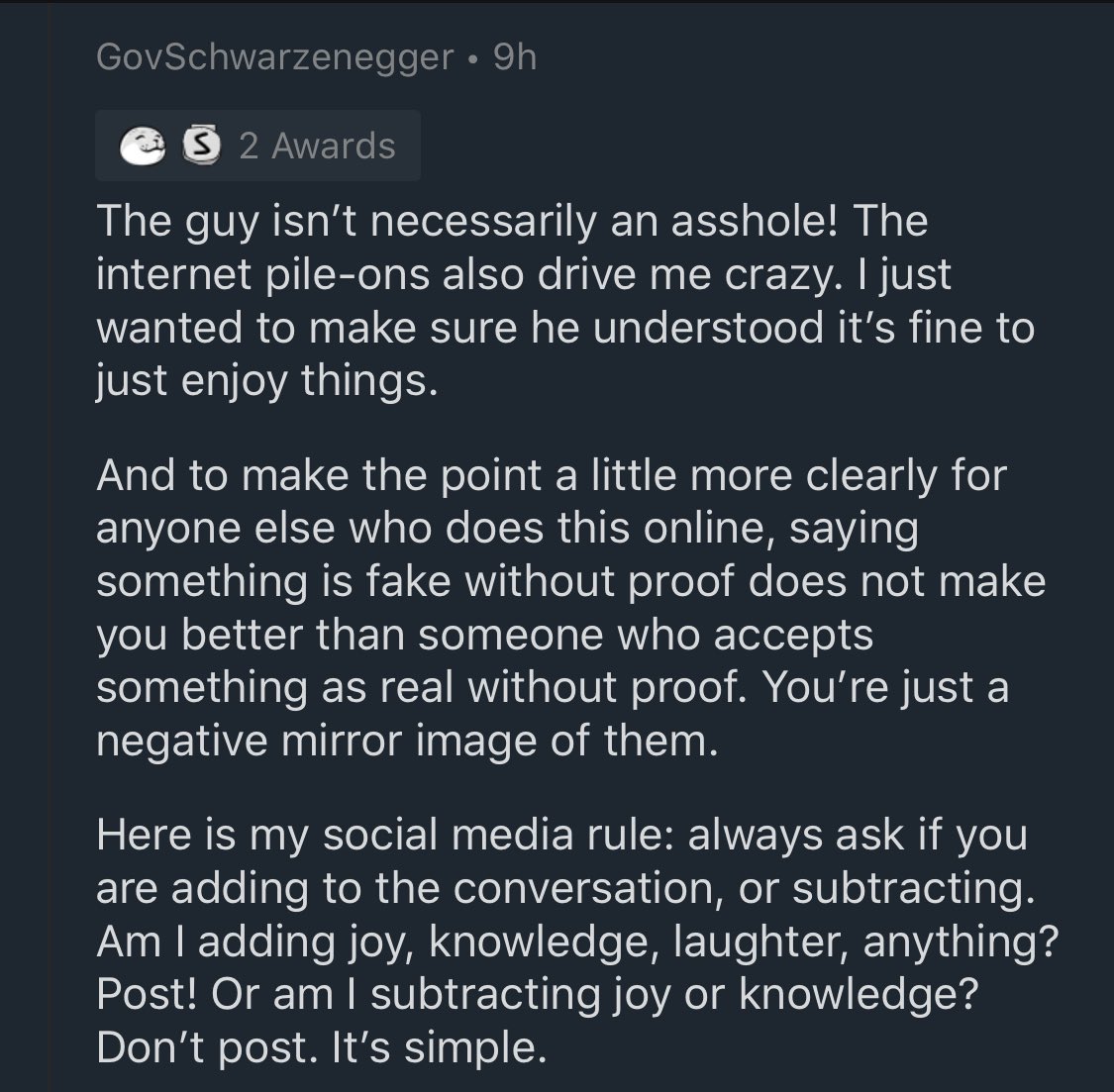 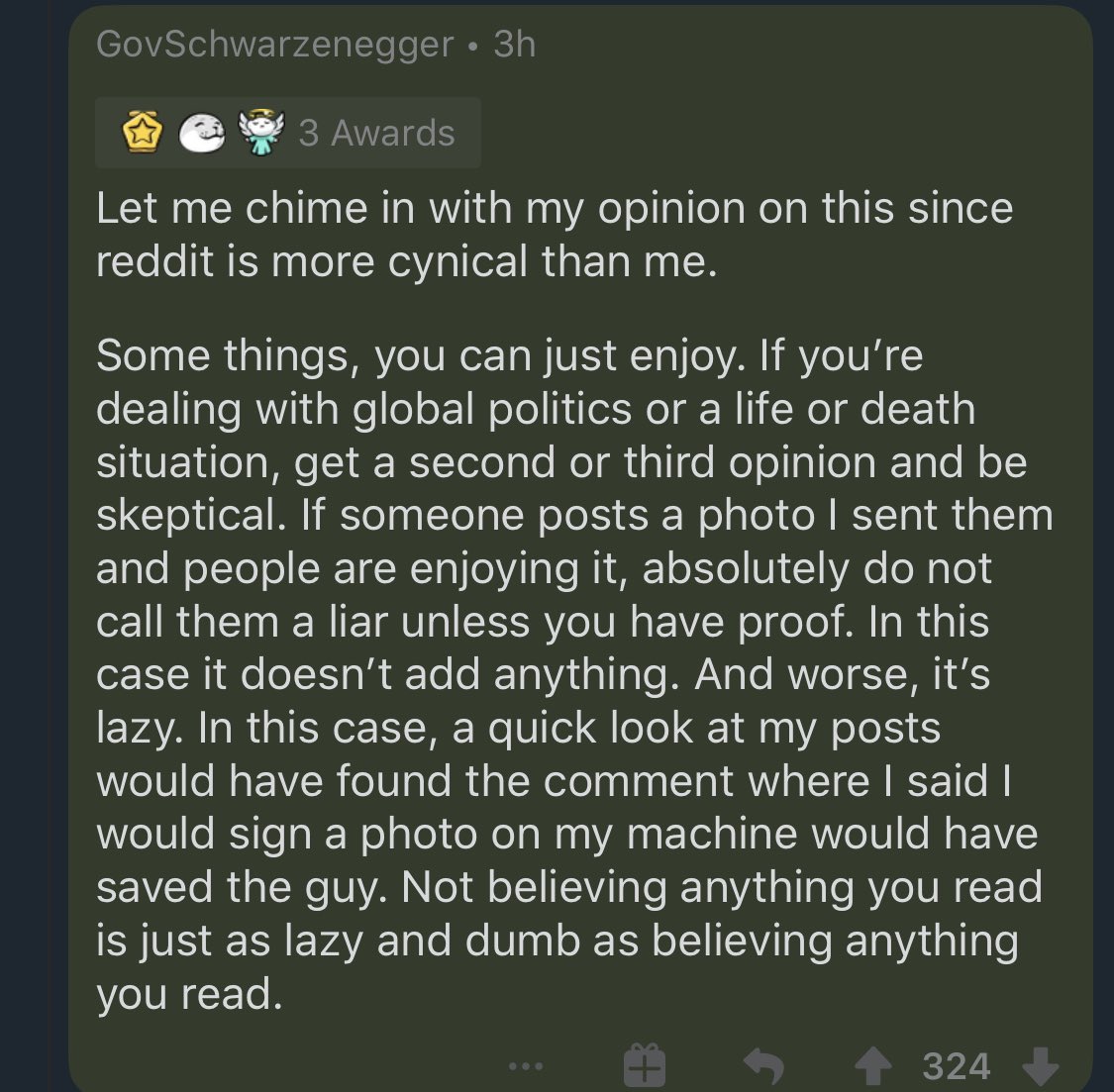 That's how you terminate negativity.

Here's where you can listen to Christmas FM in Ireland

BBC presenter Simon McCoy couldn't hold it together during this segment