OK, what's actually in Area 51 and are people really going to storm it?

If you've watched any kind of sci-fi movie or TV show, there's a good chance you're already familiar with Area 51.

It's synonymous with alien abductions, alien craft, or basically anything extraterrestrial. It was a regular fixture in 'The X-Files', of course. Just recently, a Facebook event set up to storm the site garnered close to half a million participants with the intention of freeing any aliens inside the secretive government facility.

But what's actually inside Area 51?

Obviously, the only verified information that's available so far comes from US federal government sources and we have to take them at their word. In public statements by the US Air Force, however, Area 51 is almost never referred to itself by that name. It's often just called a "operating location" or a "remote detachment from Edwards Air Force Base", with Area 51 simply being a common name. 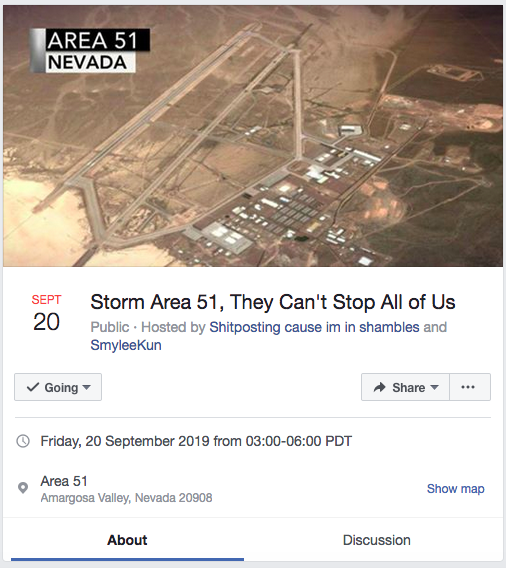 The Facebook event planning to storm Area 51 so far has close to 500,000 participants

Despite the fact that there is intense secrecy surrounding Area 51, the fact is that the base itself is actually one the most well-known military installations in the world. Despite this, the CIA only publicly acknowledged the existence of Area 51 in 2005, following a freedom of information request from the public. Yet, despite this, all projects, incidents and research that takes place inside Area 51 is deemed Top Secret.

On top of that, the area also has special exemptions for the airspace surrounding it and is even off-limits to most of the US military. Signage around the bounds of the site specifically mention that deadly force can and will be used against trespassers. To make it even more unlikely that a storming of Area 51 would actually work, there are motion detectors, CCTV cameras and just about every kind of security system you can think of to prevent people wandering in.

When you search for Area 51 on Google Maps, you're presented with a topographical study of the Groom Lake mines, and the surrounding areas, but the specific area where Area 51 is is left purposefully blank. All that's shown on Google Maps is an area of sand with no distinguishing features or markings. 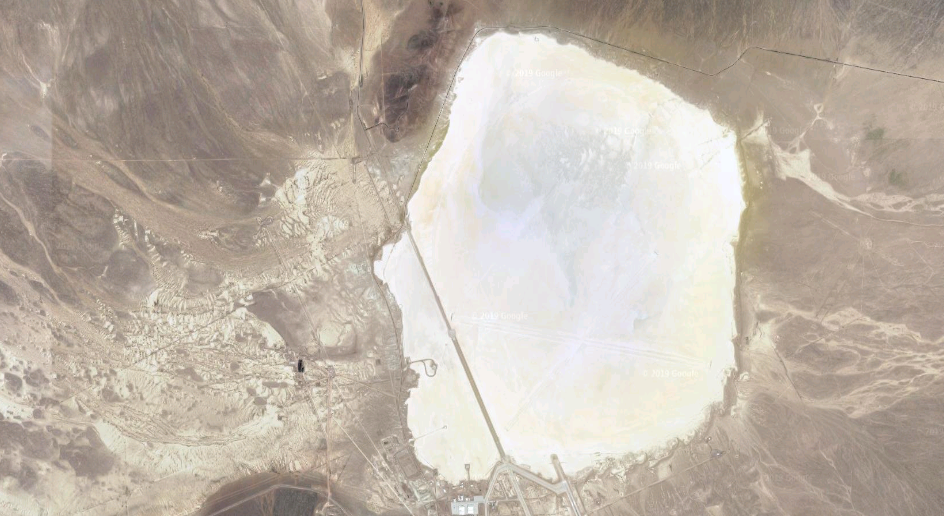 A screenshot of Area 51 from Google Maps

What is known and has been publicly acknowledged by the US federal government is that the area was the test site for the U-2 spy plane during the Cold War. In the '50s, Lockheed - the manufacturer of the U-2 - and the US Air Force determined that the Edwards Air Force Base was not sufficient for testing and developing such highly sensitive equipment, and that a more remote location was needed. Thus, Area 51 was created for that end.

In the '60s and '70s, it was used for another purpose - testing and examining Soviet jet fighters, particularly the MiG-21. At the time, the US military needed to insure that the Soviets weren't aware that they had a captured MiG-21, and specifically kept it in Area 51 in order to ensure its secrecy. Later, the F-117 Nighthawk would be developed and tested in Area 51 before it was mass-produced for the US Air Force.

Again, while the secrecy around it is such that people project conspiracy theories such as aliens, time-travel, weather control systems, interdimensional portals and all sorts of fanciful ideas, the actual likelihood is that it's really just a research base for military technology.

That said, if 500,000 people do end up storming the place on September 20th and it is eventually revealed that aliens have been stored there all along, this whole article will look pretty silly.