10 things you've forgotten about since the last Big Freeze

If weather reports are to be believed, then we're facing down the barrel of another cold snap, the likes of which we haven't seen in years.

While there's talk of records being broken and experiencing new depths of cold that we didn't know existed, we can but cast our minds back to the last time we were hit with a freezing winter, and do our best to remind you all of a few things that will be back in your life now that the freeze is on the way.

Talking about salt all the time

All of a sudden we're all experts on salt: we know how much it costs, where we're getting it from, and how much is left in our reserves. If we run out of salt again, then the whole country is a joke, sure we can't even get that sorted. If we have a surplus left over after the freeze, then they wasted our tax money on buying salt. It's all the bloody EU's fault, somehow. The last time the big freeze hit, the shops were sold out of those weird grip things that went on the bottom of your shoes to help you walk on the ice without falling over. You paid through the nose for them back then, and now they're somewhere in the back of the wardrobe, but who's laughing now, eh? They were a wise investment, it turns out.

On your Facebook, on your Twitter, possibly on your wall in a printed and framed version; you will find the Game of Thrones meme everywhere.

Nothing moves at all, the public transport stops running and the car is sliding all over the road. We'll be forced to say this about the gridlock.

Your heating bill will resemble a new Game of Thrones novel when it arrives in December.

We've never found out who this man is, but everyone in the country knows him. He is Iceman.

The 'my DART was delayed and that's why I'm late for work' excuse might actually be valid for once. The 'dog ate my homework' one still won't work though. 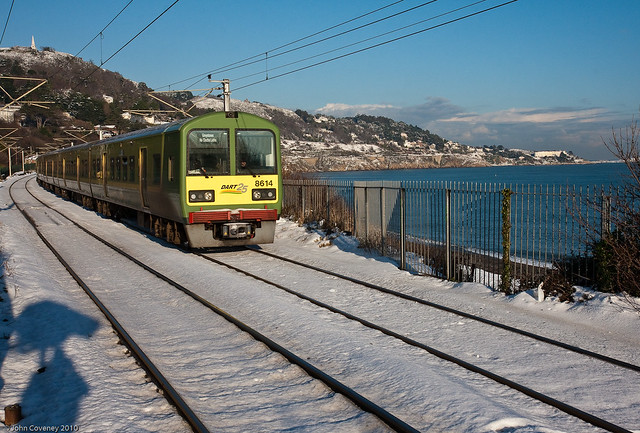 We may b*tch and moan about the snow like no other nation but there is a lot to be said about looking out at its sheer majestic wonder from the comfort of your cosy home, especially if you're looking out at it on December 25th. The truth is, Bing Crosby was right, we are all dreaming of a White Christmas.

You'll have to pay for water that you can't actually get, because your pipes are frozen. Another triumph for the lads at Irish Water.