Let's talk about that crazy ending of 'The OA' season 2

Totally bonkers but we just can't get enough of 'The OA'

Full disclosure: I did not rate 'The OA' season one. Don't get me wrong, I was hooked on it until the very end but the pay-off was not only not there, but it was about as left of centre an ending you could get, with a completely contextless school shooting that was put a halt to through the power of dance. Okay, we are skipping over a lot here but that's the long and short of it.

Season 2 however, has come along and ripped off the shackles of wondering if Prairie was a traumatised missing person with a penchant for some quirky dance moves, and said yes, there are other dimensions. You can travel to them via use of said dancing, and oh yeah, Prairie is now Nina and has a Russian accent. Got it?

By owning its mind-bending premise, and embracing all the opportunities the story has to offer, 'The OA' actually becomes a far better show. It's completely nuts at times, like Homer Simpson ate too hot a chilli, nuts, but you find yourself just going with it because you have to admire the balls of a show that can feature a talking octopus and dancing robots and still keep a straight face. The shark has long been jumped over and it's actually a fun ride seeing just how far they are willing to go with it.

And they go ALL the way. The ending of 'The OA' sees 'The OA' completely OA all over itself as Prairie/Nina and Hap jump into the set of the show where they are now the real-life actors Brit Marling and Jason Isaacs. Hap actually says "I'm Jason Isaacs". It's ridiculous. And brilliant. It's a great tongue in cheek moment from a show that can be far too earnest at times.

It seems Jason Isaacs had about the same reaction as the rest of us when he heard what the ending was going to be, speaking to TV Guide the actor said: "Zal [Batmanglij, co-creator] told me over dinner. I went to dinner with him right after Season [1], and he said, "Did you wanna hear?" And I said, "I don't really want to hear the story, because I love it." He goes, "Let me just tell you the ending," and he told me the ending.

"I stormed out of the restaurant we were eating in. I walked out. I ran to around the pavement, scratching and banging my head, going, "What the f---? What do you-- what?" My head was exploding with the possibilities of it and what the hell he meant and what could possibly happen next. I think almost everyone that has watched it has had the same reaction. I loved it. I was terrified of it. I thought he was joking. I reeled from it, I guess, and then I watched it again the other day. I felt the same thing, even though I remember filming it." 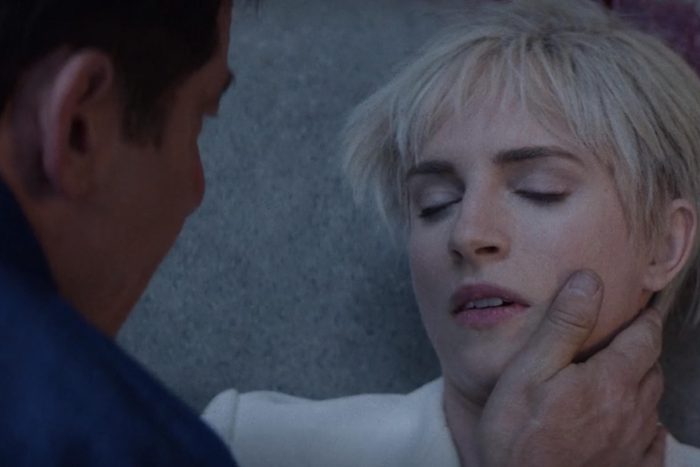 Speaking about where exactly the characters now are, Isaacs said: "It's definitely Scott's NDE because I had to fast-forward...[Hap] ate the seed that came out of his head. That gives you a flash, a preview of the world. Best guess is that this is a place where [Prairie] was told by the [tree] that she won't know herself."

Of course Hap has a spanner in the works with the arrival of Steve who knows exactly who he is and has jumped too. Steve is played by Irish actor Patrick Gibson so are we to assume that's who the character will be now? Although that certainly didn't sound like an Irish accent in the ambulance. Saying that though, Brit Marling and Jason Isaacs are married in this dimension so it's not an exact real-world replica. But then what is real? What dimension are WE in? We should have really taken Paul the Octopus more seriously.

Co-creators Brit Marling and Zal Batmanglij have had five seasons mapped out for 'The OA' since the very start, although a third has yet to be commissioned by Netflix. Also given that we were waiting over two years for a second outing, it could be a while yet.