'Haunting of Bly Manor' director on how THAT scene came about

It was one of the big jump scares of the series

***SPOILERS for 'The Haunting of Bly Manor' below***

'The Haunting of Bly Manor' launched on Netflix last weekend, just in time for the month of Halloween.

The second in the 'Haunting' anthology entails a totally different story to 'Hill House'. It follows a nanny and other employees at the titular manor working to care for a little boy and girl. Soon they all start witnessing strange events...

The series was not only distinct from 'Hill House' in its story but also in its tone.

While there was still a great sense of ambience, there were generally fewer jump scares.

After all, as is discussed in its final episode, "it's not really a ghost story. It's a love story."

But the series still had its share of frights. And probably the biggest and best scare occurs in the hallway of the manor.

Suddenly, Peter is grabbed by the ghost woman who has been stalking the house. She seizes his throat and drags him to his death. 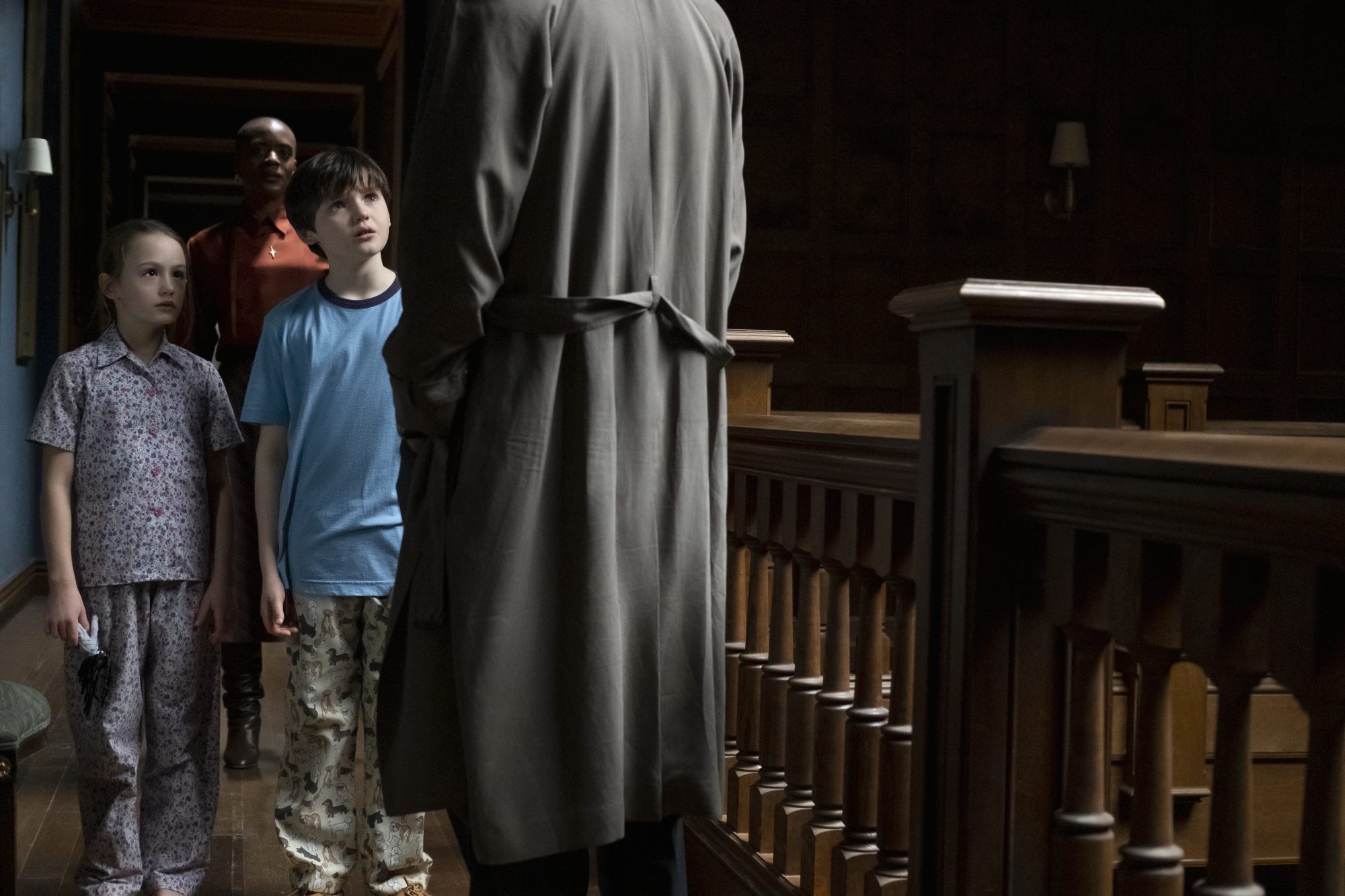 Irish director Liam Gavin helmed the episode (its fifth, titled "The Altar of the Dead") and told us about its complicated logistics.

When asked if there was a scene he was particularly proud to see the end product of, he said "there's a scene we did in a corridor and a thing happens...

"Now that whole scene was done in half a day. And I didn't think when we started that day that we were going to get it. I finished the day and it was just so stressful.

"I was going through it in my head in the car on the way home and lying in bed, did I miss something that's going to bugger up the whole thing? And I kept on thinking to myself "oh no, we didn't do that", only to watch the episode in full and see that we did do that.

"And then when I saw it, everything was fine, everything worked and it all told a story. We'd a good jump scare in it and it was such a relief. We did it on sheer instinct that particular day and it kind of worked. So that's the scene where I think 'Oh my God, thank God we managed to get that.' I did a good job, I think."

'The Haunting of Bly Manor' is streaming on Netflix now.

On Demand News 1 week ago