We talk to Mick Flannery about his new album, his recent stage musical and more

Twelve years after his debut 'Evening Train' was released on a major label, Cork's Mick Flannery is back with his sixth album.

The eponymous record is the follow-up to 2016's 'I Own You' and is one of the Blarney native's best releases to date.

It also comes hot on the heels of the stage adaptation of 'Evening Train', which recently ran at Cork's Everyman Theatre to positive reviews.

We caught up with him to chat about the album and its loose concept of a musician who becomes lost in the fame game, his influences, how he has changed over the years and more. 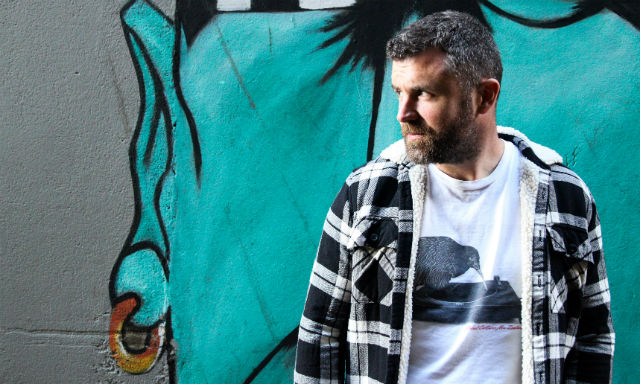 Hi Mick, thanks for your time and congrats on the album – it's a beaut.

Thank you Lauren, glad you liked it.

Before we talk about the album, just a quick recap on your other recent work – most notably, the 'Evening Train' musical. How did you feel about peoples' reaction to the show?

It seemed to get a great reaction. The actors were telling me that the response was good each night. I was learning a lot from them as it went along, which nights of a run are usually slow or lack energy. The way the whole thing evolves through each performance, lines get tighter, cues get hit better. It was a great experience overall; very different for me, being on stage but not acknowledging the audience till the very end, having cues to hit for each musical entry. When I do gigs I rarely have a set list, so theatre is much more pressurised.

Are there any plans for it to go on tour?

No specific plans as yet, but I think it has a good chance of going up again. Will know more next month, I hope.

I know it was originally envisaged as a musical before you released it as an album back in 2007 – why was now the right time to bring it to the stage?

Ursula Rani Sarma, who wrote the script, has been trying to get funding for years and we were turned down on account of our lack of experience in the musical genre. My manager as of 2017, Sheena Keane has been instrumental in getting it off the ground, eventually. The Everyman Theatre came on board last year, as did the Midsummer Festival, and I took on some of the risk myself in order to see if it would work. Theatre is a much more expensive game than gigs, there are far more people involved. The Everyman was the perfect place to put it on, home crowd for me, I'm very grateful to all involved and to all who came along.

A few of the songs on the new album sound quite theatrical to my ears. Was any of it informed by your involvement in the musical?

I wouldn't say so no, though I might start to think along those lines in the future. The album was written and recorded by the time rehearsals started for 'Evening Train'. I'm definitely open to doing another sad musical though.

When did you start writing this album?

I guess started writing directly after the last album was finished. I don't have much of a routine for writing, just take it as it comes type of a thing. I did have a concept in mind for this album, around the latter years of a "star's" life. I wrote the song "Star To Star" around two years ago around this theme, and started to write more songs to sit beside it from then on.

The fact that it's eponymous seems like a statement of intent.

This is my first album under new management and I do feel that Sheena has given me new lease of life and positivity, so for that reason I like the eponymous direction. Another reason, however, is Hozier naming his album 'Wasteland, Baby', as I was planning on calling mine 'Wasteland' after the first track - but he beat me to it.

Can you talk a little about that idea to write from a character's POV – the musician taken in by the trappings of fame and fortune?

I find it more effective when I hear songs in the first person, even if I know the singer is embodying a character. I feel Randy Newman does this fantastically, also Dori Previn, and Tom Waits. I like the irony of my writing as this character also, trying to sell a record about a guy who might have been better off if he didn't try so hard to sell records.

'Light a Fire' in particular sounds like a cautionary tale, as does 'Star to Star'. Have you ever come close to unravelling due to - as you put it - 'money, drugs, desire'? Or seen any of your peers do the same?

I've certainly seen and do see people struggle with addiction. The "ego" also gets talked about a lot in the music/entertainment industry. "Oh yeah? What are they like, though?" is a common phrase, and it generally invites negativity. Modesty and ambition are hard to separate out sometimes. I don't think there's a lot of right answers in this domain; how hard should someone work toward a goal if reaching the goal brings them trouble, and not reaching brings them trouble, also? To quote Homer Simpson, "The lesson is, never try".

The album ends on quite a poignant note with 'The Things You Say' – why place that song last on the tracklist?

This song to me was a kind of release from the internal struggle that this character is going through. I think it's a natural thing that the human mind/body can only take so much turmoil before it needs to walk away, go outside, and take a break from problems, big and small.

You seem like quite a private person. Do you generally find it easier to write from a character's perspective, rather than get personal about your own life? Or is that a misconception about you?

I do both, I tend to mix them also. I think it's impossible to avoid your personal influences getting into the work you create. What goes in must come out, type of thing. I am private yes, and I'm careful of those around me who wish to be private also. Friends joke sometimes with me "I better not hear this shit on one of your fuckin' albums".

The spectres of various influences have haunted you throughout your career – Tom Waits is always cited, Springsteen, Mitchell, Cohen, etc. But is there anyone who has played an important role in shaping your music/writing that is never mentioned?

In the last three albums I've written, there have been numerous songs dealing with the mind and free will. I think I owe this to having read "Free Will" and "Waking Up" by author Sam Harris. I found both books very interesting and inspiring, ironically enough - as according to the books, "I" don't exist.

Neither of them exist, so they are exactly alike. I don't know really, I'm less naive about many things, especially in the music business. Mistakes are always a good way of changing, and I've made a few of those. I have more grey hair. I can't drink as much as that guy did, but that does mean that I have less dandruff than he did. Win.

Do you see yourself going for six more?!

I do indeed. Plus six more sad musicals.

You ticked a big achievement off your list with the musical... is there anything else, ambition-wise, that you're setting your sights on next?

Finally, what books, albums and films have you been enjoying most this year?

I've been enjoying the Blindboy Podcast, "Creating Freedom" by Raoul Martinez, "Behave" by Robert Sapolsky. My girlfriend listens mostly to Drake, so I listen mostly to Drake.

'Mick Flannery' is out now.