It's been a hidden gem for many years, but Dublin's Hacienda Bar has long been the go-to bar for actors, musicians and famous people who are after a quiet(ish) pint somewhere they're less likely to be hassled.

The fact that you have to ring the doorbell and be sized up by the barman/owner Shay before you're granted access means that it's a bit less crazy and a lot more laidback than your average pub. Any night of the week, you might see a rock star or a Hollywood actor in the corner shooting pool or cranking up the jukebox. Sure, even Ed Sheeran has been spotted there in the past.

So with Electric Picnic taking place at the weekend and a surfeit of rock stars hanging around Dublin on their way to and from the festival, it's little wonder that The Strokes turned up at the Hacienda on Saturday night.

Albert Hammond Jr. and Julian Casablancas were spotted hanging out in the bar, and there's even photographic evidence via the Hacienda's Facebook page... 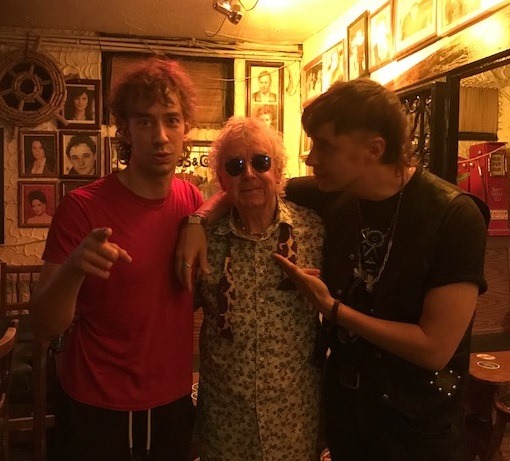