We chatted with Sam Fender about his highlights of 2018, and why Bruce Springsteen is a big influence

We caught up with English singer/songwriter Sam Fender recently, ahead of his sold-out headline gig in Dublin's Soundhouse at the beginning of December.

Welcome to Ireland! How long will you be here for?

Sam: A few days I think. I’m here off the booze, and I’m overlooking all of your lovely pubs down below and I can’t have a single pint of Guinness. I’m here tonight for my solo gig, and then tomorrow night too to support Snow Patrol. That little known band.

Have you ever played Ireland before?

S: I have, but this will be my first ever headline show here, so I’m quite excited. I think everything is all ready for tonight, set list and everything. I've been here before, but just a couple of times though. I supported Jake Bugg in Whelan's before for two nights, and then I was at a festival not long ago. I did a recording for Other Voices this year, and that was f*cking class. It was quite special. We were in this little church, and we used this woman’s cottage as the green room in the middle of nowhere. She just came in with tea the whole time, and we had some whiskeys there after the gig as well. Very, very special.

You’ve had quite a crazy year - what’s been your highlight?

S: Ooof, there’s been quite a lot. Hmmm I think it would be selling out my first ever UK tour. That’s pretty wicked. I also got awarded a BRIT award the other day, and I wasn’t even expecting to get nominated. So that was pretty strange. A year and a half ago I didn’t ever think I could make a career out of this, and now it’s my job. But I think the best thing has been travelling around doing gigs - I love it. I didn’t ever travel much, I mostly stayed at home in Newcastle. But knowing that I’m travelling and going to get to perform again and again is amazing. 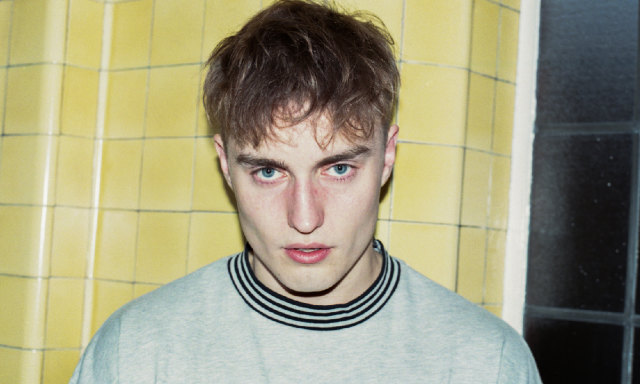 I had a look at your Spotify and you have quite a lot of German fans?

S: Yeah man it’s crazy. We started touring around Germany quiet early. The DJs on the radio were quite supportive and let my songs be played on the radio over there. But Germany is a great place, Cologne is my favourite. It reminds me of Newcastle a lot, so it felt like playing a gig at home.

You like to talk about your mental health, don't you?

S: Yeah. I wrote 'Dead Boys' after losing a friend to suicide, and it’s kind of become the anthem for mental health. I kind of got accidentally talking about it, and it affects most people, mental health, especially men. It’s not until I wrote the song that I started to look at the statistics in the UK. I hadn’t realized that it was the biggest killer to men under 45, and it’s good to get talking about it.

Are you big into your Christmas, Sam?

S: Yeah man, big into Christmas. I am so excited to head to my local pub, which is probably where me and most of the locals spend their time over Christmas. We spend more time in there than with our families! They have coal fires and you just stay in there and get absolutely destroyed sitting by the fire.

Any plans for this Christmas then?

S: Yeah, I’ll hopefully record my album. I want to record that, sit by the fire, and eat loads of pies. I’ll get so fat I’ll be 20 stone, just in time for the Brit Awards hahaha.

Bruce Springsteen - did I hear it right that he's a big influence for you?

S: Yeah I heard of Bruce when I was 15 - actually no I was 18, on my 18th birthday. I got into him and it changed my world. I hadn’t really heard him before, and heard ‘Born To Run’ and thought it was so cheesy. But I discovered that his songwriting was incredible. You know, he writes about a rundown seaside town, and it reminds me of home. I like to write about home and growing up in Newcastle, too. He has this one lyric, "Beyond the Palace semi-powered drones scream down the boulevard, girls comb their hair in rearview mirrors, and the boys try to look so hard, the amusement park rises bold and stark, kids are huddled on the beach in a mist" and that is the north east coast!

S: Oh… it has to be Jonie Mitchell’s ‘River’. It’s not your typical Christmas song. It starts off with a sad version of 'Jingle Bells' and it’s morbidly depressing, but I love it. I see that 'Fairytale of New York' is causing quite a stir in the papers recently, but people should just let it be.

Sam Fender has released his EP 'Dead Boys,' which is available now.

7 of the spookiest songs of all time

Can you name these music videos from just one image? ('00s edition)