Pic: A giant, flaming 40-foot statue of Johnny Cash is to be erected in Folsom, California

If there's one musician forever associated with the city of Folsom, California, it's Johnny Cash.

The Man in Black recorded one of his best-known albums at Folsom Prison in 1968, and now he is set to be immortalised there with a giant, flaming statue.

TMZ report that a 40 foot statue is to be erected in Folsom, designed by artist Gary Tillery, which will have cut-outs that make it look like he is standing in a 'ring of fire' at sunset.

It's part of the city's Johnny Cash Trail and will be placed on a section of land owned by Folsom Prison, reportedly by 2018.

See a picture of the artist's image below: 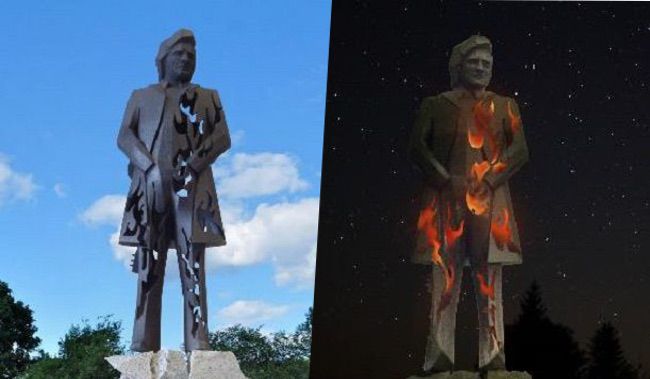 The Throwback: the 10 top-selling Irish singles from 2006