Kendall and Kylie Jenner were also among the guests

Ireland may be currently reeling at the entitlement of several politicans and high-profile sorts thanks to #golfgate - but Justin Bieber's audacity puts Big Phil Hogan in the ha'penny place.

The Canadian pop star and his wife Hailey are facing a backlash after it was revealed that they threw a huge party at their Los Angeles home at the weekend.

The Daily Mail reports that the pair hosted a birthday bash for singer Justine Skye, and numerous other names - including Kylie and Kendall Jenner, model Winnie Harlow and Jaden Smith - were also in attendance. None of them were shy about splashing pics all over social media, either - and Harlow was the only partygoer seen wearing a facemask. In one picture, Skye was even pictured blowing out candles on a birthday cake.

Not only was the party bad form given the current circumstances, but it was also illegal; Los Angeles Mayor Eric Garcetti issued an order on August 7th that banned “all public and private gatherings of any number of people,” except for members of the same household or essential services. Like much of the US, Los Angeles has been badly affected by the virus and LA County reported 1200 new cases of coronavirus yesterday alone. 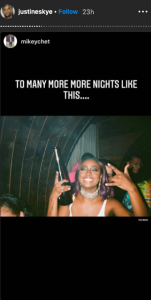 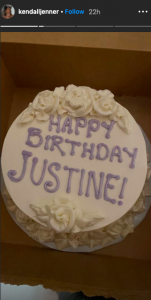 See below for some of the reactions on social media...

Don’t be shy @ericgarcetti, turn off Justin Bieber’s power. Ηe wanted to throw an LA party, knowing that over 2,000 residents have died in that city. You can do it to some tiktokers get his ass too

Justin and Hailey Bieber reportedly thew an illegal pandemic party at their California home over the weekend. Health officials are concerned that guests could've been exposed to COVID-19... or even worse, Bieber's next album.

Did Adele refuse to applaud Harry Styles when he won the 'Album of the Year' Grammy?