Gavin James talks to us about Harry Potter, and the pressure of singing 'Fairytale of New York'

We talked about Harry Potter for far too long

We recently caught up with Dublin singer Gavin James, who is headlining Dublins New Year's Festival on December 31st.

I had a look through your Instagram recently, and I saw some Harry Potter posts - are you a huge fan?

Gavin: Huuuuge. I've only just started reading the books however. Any Harry Potter fans out there are going to be upset with me that I didn't read the books first.

You only started reading them? (Big Harry Potter guard up!)

G: Only started, and I'm hooked on them now. I'm on the second one, but I've seen the movies a million times. Did you see the new 'Fantastic Beasts'? What did you think?

I thought it was alright.

G: I thought it was good. I saw it twice because the first time I was a little sleepy and I didn't really think I watched it properly. But I loved it, and anything HP-wise. It's cool, and I can't wait until it nearly catches up to being nearly to when Harry's born... I could talk about it forever.

If you were to be a character from the series, who would you be?

G: Well I'm Ron anyway, because I'm ginger so... Have to be Ron. If I said anybody else it'd be weird. I like Neville though, Neville's one of my favorites. I've rewatched them so many times, I'm waiting until Christmas to rewatch them again. My mam or my dad haven't seen any of it, or my sister, so we're going to watch a marathon over Christmas.

Just don't talk about rebooting them...

G: You can't really, can you? Maybe when I'm in my 60s it might be okay, but I hope not before that. I always have a weird thing about rebooting films, but then when they come out I definitely go and see it. 'The Lion King' is getting rebooted - a lot of people are both ways about it, but I'll definitely be going to see it. Same thing with 'Back to the Future' which I think never should because I think it would be insane. I think it's one of the best movies of all time - if they rebooted that... I'd still go see it though! 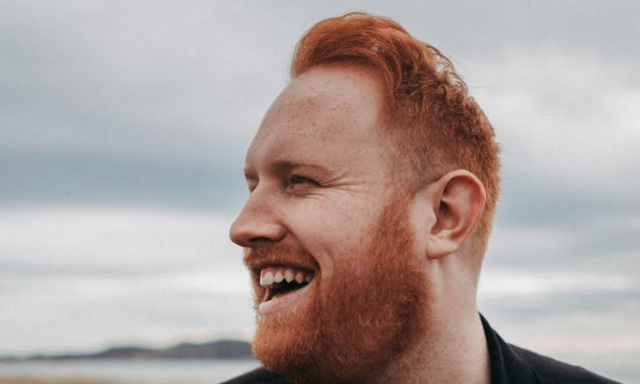 G: 'Elf'. I haven't seen it yet this year though, I'll wait a while. I usually wait until it's on TV, because for some reason it feels different when something is on TV. So yeah 'Elf', or that new one with Seth Rogen... It's very funny ('The Night Before'). Or even stuff like 'Star Wars' that you can watch St. Stephen's Day, making turkey sandwiches. Easy to watch.

Christmas is different for everyone - is it massive in your family?

G: Yeah absolutely. The whole family come over. Everybody's there. I've never worked on Christmas - touch wood - never had a gig at Christmas or anything, which is lucky. It's nice to be home. But the house does be packed, there's just loads of kids. It's really fun. My sister lives in London, so she comes over, and I'm back and forth between Dublin and London a lot.

You have some time off then?

G: Yeah for Christmas, but I always try and book a gig straight after, because I always get sick immediately. Like if I'm off for three weeks and my body knows, it'll be like "f*ck you! You're going to be sick now!" So I always make sure to have just a few days off - this year I'm working up until the 22nd and then back again on the 27th. And then I have the New Year's Eve gig in Dublin, so I just can't be sick, touch wood!

You were sick quite recently weren't you?

G: Oh I was dyyying yeah. Well, not dying, but very sick. I think it's because I was in the studio for so long, and I hadn't done any gigs, and I was using my voice in a different way. I had a little time off and I think my voice... It's like going to the gym (if I knew what that was) it's like going there, and then not going for a week, and then going again... And my voice just went completely, more than it ever has.

Is that really worrying when that happens?

G: It had never happened before. I've been so busy for the last 4 years, I've been hoarse, but luckily I can sing when I'm hoarse and the high notes don't go away. But this time the high notes went away, and I was freaking out. But it came back thankfully. I got it all checked out, thinking "I'm never going to sing again!" I was bricking it, I had to bring my ma with me. And the doctor said "You're grand. Totally fine, just tired." So I just took 10 days off, and just chilled out.

I saw recently that you were in Galway busking, and the whole of Shop Street was at a standstill.

G: Oh yeah, you never know how many songs to play because people are trying to get by in the back and somebody's shouting "will you get outta the f*cking way!" But yeah Shop Street is gas, it's a good one too because the buildings are so close together, so the sound is great. I used to busk all of the time when I was starting off but I hadn't for a while now. When I was in school in Dublin I used to get off early every Wednesday and go into town busking, from like two o'clock until about seven. And I used to do gigs in pubs at the same time too. It's a great way to learn to sing.

You have your 'Winter Songs (Christmas EP)' that you released a couple of years ago - have you got a favourite Christmas song?

G: 'Fairytale' I think. Like, even at a last orders in a pub, I sing that song. That song and 'River' by Joni Mitchell but I don't think it's a Christmas song. It is kind of.

Did you feel pressure when you recorded 'Fairytale'?

G: Oh, I was sh*ting it. Originally we were only going to do five songs on the EP; you know, do it live, and sing some acoustic songs. But I had... A few pints... And we had a day left in the studio in London and had the five recorded already. We went to the pub and had a few pints and came back to listen back to the songs - and I was like "We'll try 'Fairytale' will we?" I did about four or five takes - wasn't drunk or anything, just nice and jolly. And it just gave me that little bit of confidence to sing that song and not be scared. Because it is one of those ones that you just don't touch. And it turned out grand, thankfully.

And every year now you can see the streams on Spotify go up and up.

G: Oh yeah that's weird - you can see people in somewhere like Malaysia having a listen to it in June. It's mad.

Nicki Minaj didn't want to get vaccinated for the Met Gala