'The Fireside Sessions' is out now

Snow Patrol are back on the scene with an intriguing concept EP that blends their combined musical efforts with their fan's lyrical input.

Snow Patrol's new EP bears a slightly different name to what we're used to seeing. Entitled 'The Fireside Sessions', the five new tracks come with the name Snow Patrol and the Saturday Songwriters attached to them, which is a nod to Gary and the band enlisting the help of their fans to help create their new release. We caught up with the lead singer to discuss how it all came about.

Gary told us about the inception of Snow Patrol's new EP: "I was doing quite a lot of live shows through Instagram and Facebook during the first part of the lockdown, and I was also on my own with bandmates and friends over Zoom, and I just thought I could combine the two, really, just to see if it would work. The first one was just an experiment, to see if it would be possible to do, saying I could give it a go with no pressure. And we got a song out of the first one, and that song is track four on the EP, 'Dance With Me'. It kind of worked immediately."

And on how the intricacies of such an undertaking had on him, working with his band, producers, and now also with fans, Gary admitted it wasn't an easy task: "Lyrics-wise, people were able to fire out whole stanzas, and it was too many words for me to write down. So straight away we realised that having a few words as a response was best.

"I tried to involve everybody as much as I could, and the only part that the fans didn't do was the melody. But everyone picked the chords, and it was all very random and spontaneous, so there was no chance of it seeming pre-planned. And then people could vote for their favourite melody of the four choices. 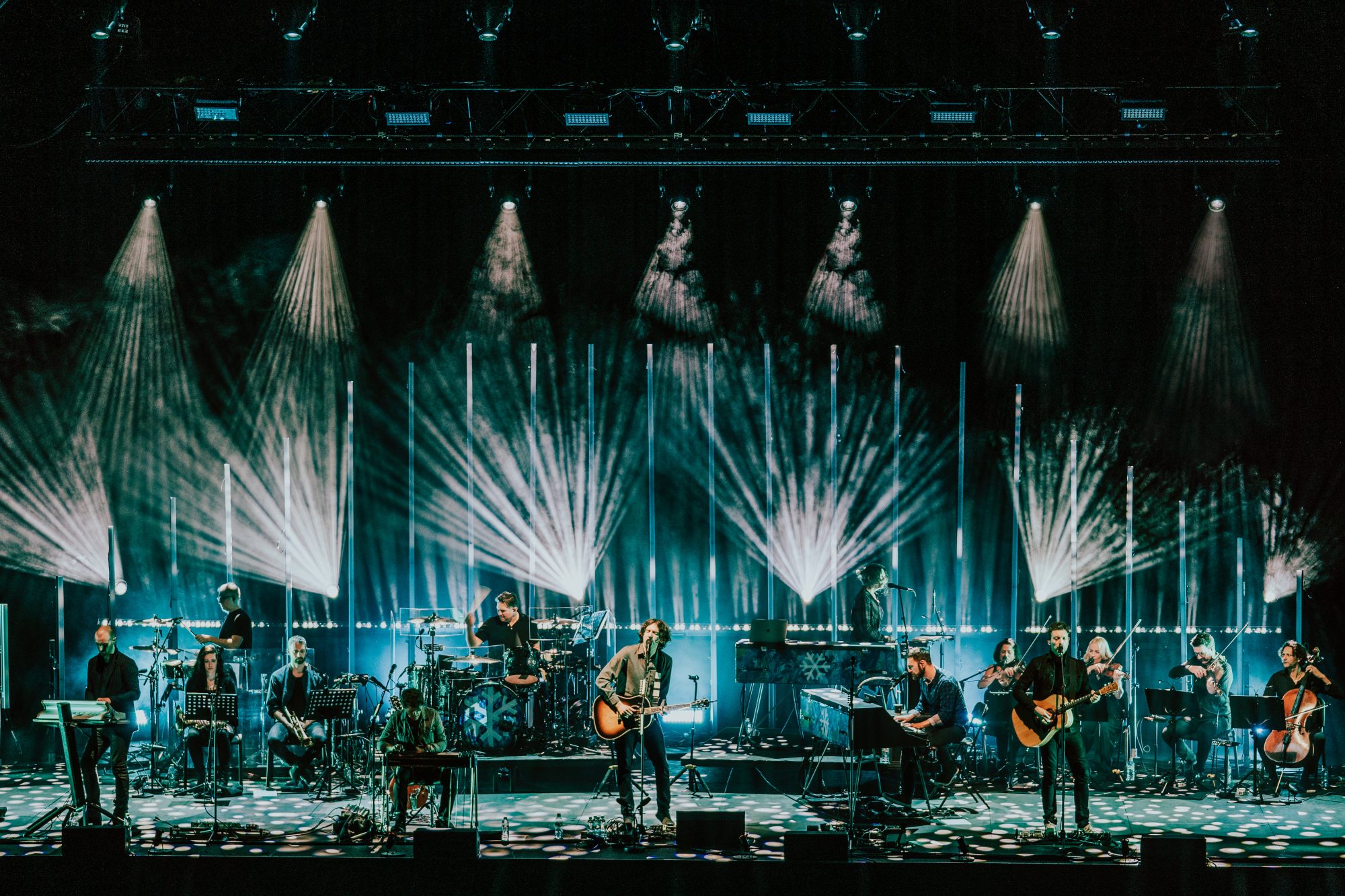 "And then the lyrics would come - and they were really good! I wasn't expecting there to be so many great ones. it wasn't exactly easy to put together, but there was plenty of good stuff to choose from. So there's a fingerprint of the Saturday Songwriters in each song.

"I'm really proud of the lyrics, even though it was a huge collective effort!"

Gary and his Snow Patrol bandmates couldn't have achieved such a musical accolade were it not for Iain Archer. Iain, also from Bangor, has been working closely with Snow Patrol for a number of years as well as other artists such as James Bay and Jake Bugg, and he dedicated a lot of his time to see 'The Fireside Sessions' through to its completed work. As everyone in the band was spread across different cities, they all recorded their parts separately from their homes. And it was Iain's job "to take it all together and make it sound like it belonged on an actual record". Irish drummer Graham Hopkins, who appears on two of the tracks, even managed to record his parts by recording voice memos on his iPhone.

Looking back on the whole process, and asked if he would ever do such a concept again, Gary admitted: "It's not something I'd be rushing back to do, to be honest! I think I'd like to make the next record all in the one room if that's all the same to everyone. But obviously, you realise that you can make music in whatever situation you are in. And that's one of the very lucky things we are able to do as musicians."

Here's the first single to be released from the EP, 'Reaching Out To You'.

Snow Patrol and the Saturday Songwriters five-track EP 'The Fireside Sessions' is available to stream and download now.

Glastonbury has been cancelled again this year