The band's tenth album 'Medicine at Midnight' is out in February

Foo Fighters were expected to release their 10th album this year, but their plans were scuppered for obvious reasons.

In the interim, Dave Grohl has been kept busy with virtual drum battles, appearing on various Zoom calls to make fans' days, and probably playing a bit of music in-between, too.

In any case, the band's new album is finally being released early next year. The follow-up to 2017's 'Concrete & Gold' is called 'Medicine at Midnight' and will be released on February 5th.

According to Grohl's comments earlier this year, the 9-song, 37-minute long album is "filled with anthemic, huge, sing-along rock songs. It’s kind of like a dance record, but not an EDM, disco, modern dance record. It’s got groove. To me, it’s our David Bowie’s Let’s Dance record."

The first single, 'Shame Shame', is streaming now and the band also performed it live on SNL this weekend, which you can watch below.

See the tracklist and artwork for 'Medicine at Midnight' below, and hear the studio version of 'Shame Shame': 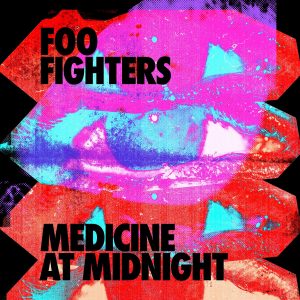