Elon Musk is no stranger to outlandish statements, but his latest theory on how people will consume music in the future is a real head-scratcher. Literally.

The Tesla CEO, who recently celebrated the birth of his new son with Canadian musician Grimes, has claimed that a new product that he is developing will allow people to hear music through a brain chip implant.

TechCrunch says that his new start-up Neuralink has been working on developing 'computer-brain interfaces' in order to help 'humans keep pace with advanced artificial intelligence.'

The idea is to implant wires thinner than human hair into the brain. These wires would be connected to an external computer (below), but the eventual goal would be to make the connection between the two elements completely wireless. 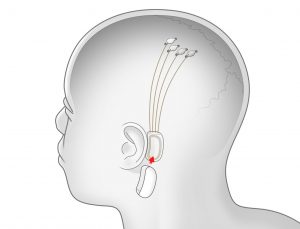 Musk first announced the idea last year and apparently, major updates on the project are due next month.

It's still not quite clear, however, how the actual technology would work. Does a library of songs get downloaded to the chip? How would someone access those songs - by simply thinking about them? Or is a stream available? Would the whole thing not leave you susceptible to potentially being controlled by the chip, or whoever gains access to it?! It all sounds a little too futuristic for our liking.

More importantly, could you actually be bothered of going to the trouble of brain surgery simply to listen to music...?

The Throwback: the 10 top-selling Irish singles from 2013