We Irish certainly have a rich and varied musical heritage - and the Irish diaspora has meant that our ear for a tune has been transplanted into musicians of many other nationalities over the last few centuries, too.

Some of them, we'd prefer not to claim, true - but for the day that's in it, here are thirteen musicians with an Irish/semi-Irish background.

You'll be well aware of some, but others might come as a bit of a surprise. 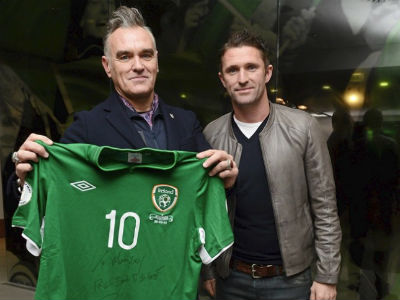 As if you couldn't tell by the name, Steven Patrick Morrissey is the son of two Dubliners, Elizabeth Dwyer and Peter Morrissey, who emigrated to Manchester in the 1950s. Both sides of his family hail from Crumlin in Dublin, and what's more, he's even distantly related to footballer Robbie Keane - their grandfathers were cousins. He addressed his heritage in his solo song 'Irish Blood, English Heart' - but in fact, 3/4 of his former band The Smiths had Irish blood too, including Johnny Marr, whose parents were from Kildare, and drummer Mike Joyce, whose parents hail from Abbeyleix and Shrule.

The Culture Club singer - real name George O'Dowd - was one of six children born to Gerry and Dinah O'Dowd from Thurles, Co. Tipperary and Dublin, respectively.

Believe it or not, there's Irish blood in that belter of a voice. Carey's mother Patricia Hickey was born and raised in Illinois, but her parents were Irish emigrants from Cork. "She's so Irish, she loves Ireland, she's like, yay, Ireland!," Carey once said. 'Waving the flag and singing When Irish Eyes Are Smiling. And that's great. I appreciate that and respect it."

Everyone knows that the Brothers Gallagher - Liam and Noel and their elder brother Paul - were born in Manchester, but their mum Peggy is from Charlestown, Co. Mayo and their dad Thomas is from Duleek, Co. Meath. Noel reportedly even once played in Croke Park as a kid, for Mancunian GAA team CLG Oisín. 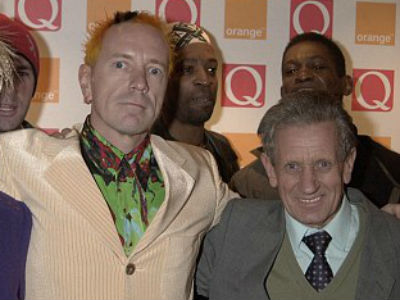 John Lydon, aka Sex Pistols frontman Johnny Rotten, has never shied away from his Irish background, reportedly traveling under an Irish passport to this day. His parents John Lydon (from Tuam, Co. Galway) and Eileen Barry (from Cork) moved to London in the 1950s, where John and his three brothers were born. His first autobiography, published in the early '90s, was called 'Rotten: No Irish, No Blacks, No Dogs' in reference to the prejudicial signs that were put in the windows of hotels and boarding houses in the UK in the 1950s and 1960s.

It's true (apparently): one of pop's biggest stars - real name Katheryn Elizabeth Hudson - has a little bit of Irish in her. Perry's family has links to Eyrecourt, Co. Galway after her great-great-great grandmother left the village for America in the 19th century. There's even a campaign underway to get her to visit Eyrecourt. Good luck with that, lads.

Another great-great-great story, but according to a book published in 2012, one of rock's greatest icons can trace his lineage to Mullingar, Co. Westmeath. The boss's great-great-granny Ann Garrity reportedly left Ireland after the famine, settling in Freehold, New Jersey. The rest, as they say, is history. One fan even presented him with a novelty Irish passport at his Thomond Park gig a few years back (pictured).

There's no denying your Irish roots with a name like Mary Isobel Catherine Bernadette O'Brien. It's little wonder that Dusty Springfield changed her stage name to something a little catchier. One of the greatest voices in music was born in London, but her parents Gerard and Catherine were Irish emigrants. 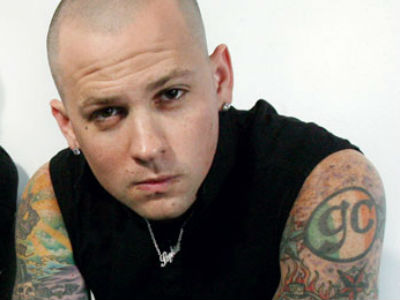 Benji and Joel Madden, the twins that front pop-punk band Good Charlotte, both have tricolour tattoos on their arms. Why? Their mother Robin Madden is of Irish descent herself. 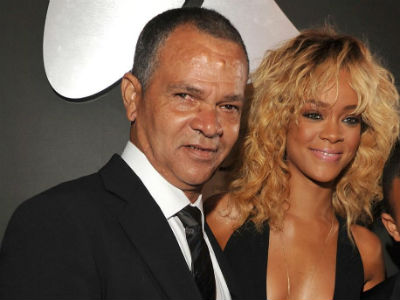 Don't laugh. Remember that Damien Dempsey album 'To Hell or Barbados'? If you didn't know, it references a decree issued by Oliver Cromwell during his campaign of terror that forced tens of thousands of Irish people to the Caribbean as slaves. One of them was reportedly an ancestor of Ronald Fenty, aka Rihanna's dad. So there. 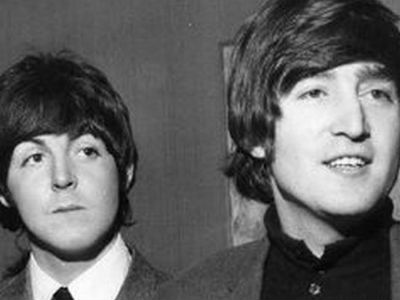 One of the all-time great songwriting teams can claim Irish heritage, too. Lennon and McCartney both had Irish great-grandparents - from Co. Down and Co. Monaghan respectively - and and they also both referenced their family line in their solo careers: after Bloody Sunday in 1972, McCartney famously released the controversial 'Give Ireland Back to the Irish' with Wings, while Lennon and Yoko Ono wrote the political 'Sunday Bloody Sunday.'

Crosby's great-grandparents have been traced to Schull, Co. Cork. The legendary crooner's grandfather Dennis Harrigan uprooted his wife Catherine and their ten kids in the 19th century, when they sailed from Cork to New Brunswick - where Crosby's grandfather Dennis Jr. was born in 1832. His daughter, also called Catherine, in turn gave birth to Harry - aka Bing - in 1903.