Review: 'The Wrong Missy' may be one of Netflix's worst comedies yet

We're really, really not just saying that to get you to watch it out of curiosity

Another day, another godawful Netflix movie... This latest opens on the blind date from hell as the regular guy (well he's regular apart from the fact that he keeps pictures of his ex as his laptop and phone screensavers) Tim (played by David Spade) meets Missy (Lauren Lapkus - 'The Big Bang Theory', 'Jurassic World'). He just about escapes it alive and has much better luck when he meets Melissa (Molly Sims) at an airport. They start texting and he even invites her to his work retreat on an island resort. BUT GUESS WHAT?? He realises too late that he invited the wrong Missy...

One knows they're in for a sh*tshow with 'The Wrong Missy' even before the film commences. The opening titles inform you it's a production from Adam Sandler's movie company Happy Madison. They've been behind such recent Netflix atrocities as 'The Ridiculous 6' and 'Murder Mystery'. Sure, this one doesn't star Sandler. But you can be damn sure Rob Schneider shows up as a shark enthusiast who has lost several fingers to the creatures.

Missy is an absolutely loathsome character - she is rude, obnoxious, weird and annoying as well as extremely loud and vulgar. They add this dark storyline to convince you of why Tim doesn't just tell her to f**k off and when that turns out to be bull, she's still hanging around. Sorry to be crass, but the movie is just crass, as Missy tells people she has just met about jerking Tim off. 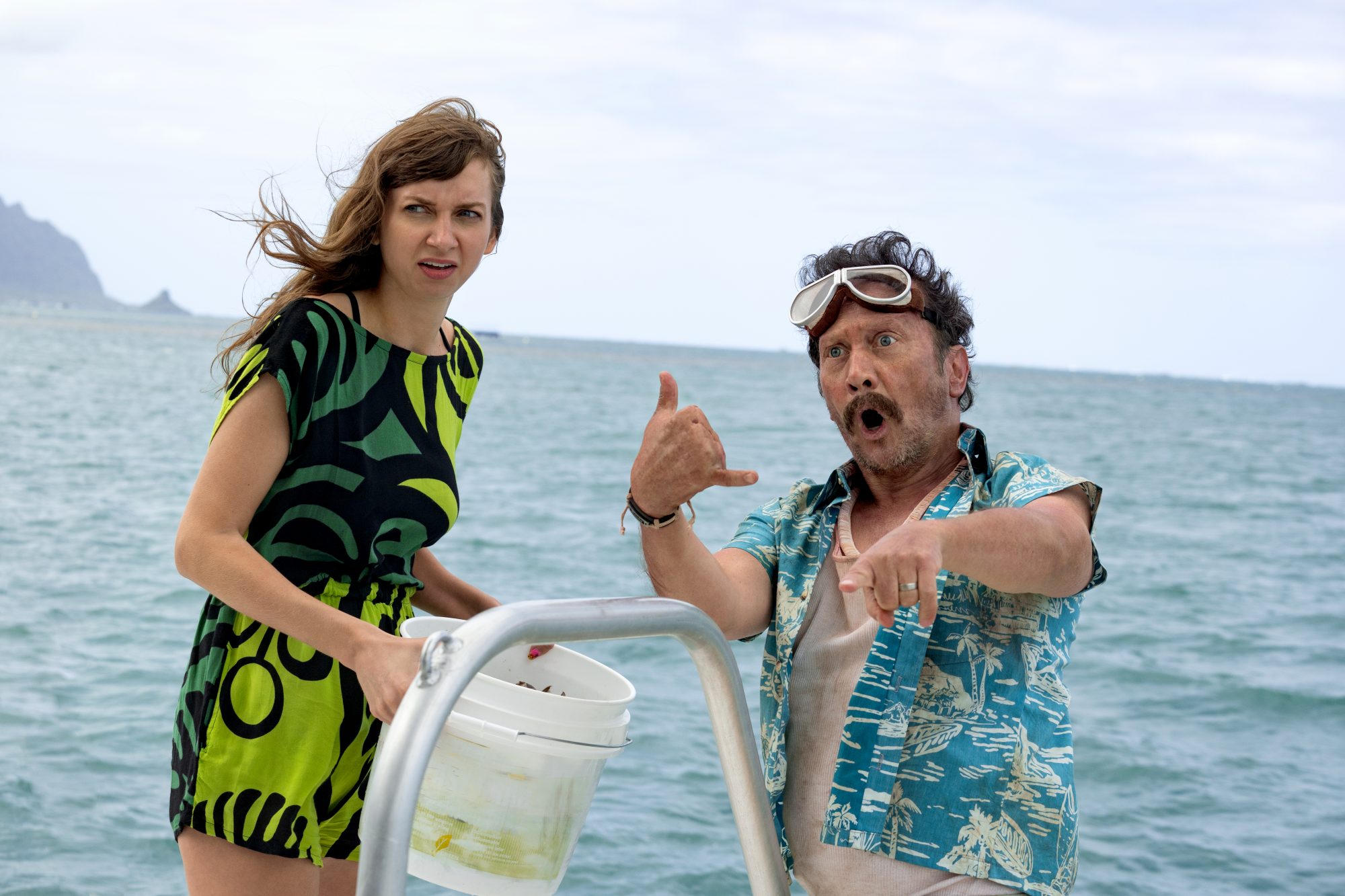 She gets drunk and tells someone she predicts they're going to die; she tries to attract sharks to Tim in a shark tank even though he's terrified; at one point in the bedroom she pretends he's Simon Cowell and tells him to say she's bad at singing as she, well, finishes. (I don't even know if I can print this...) If that sounds funny on paper, trust me when I say, it's just stupid and disgusting on screen...

What makes the least sense of all is that at one point, she suddenly becomes normal. From then on, everyone loves her including (well, this is a rom com...) Tim, Tim's boss Jack Winstone (Geoff Pierson), and Tim's ex (what are you doing, Sarah Chalke?) who is also on the retreat. She persuades Jack to connect with his inner child á la 'Big', and convinces Tim he doesn't actually like his job (where did that come from?). Missy even inspires Tim to be weird and antisocial like she is, because apparently there are perks?

'The Wrong Missy' is on Netflix now.