Netflix review: 'The Platform' is one of Netflix's best thrillers

'The Platform' is available to stream on Netflix now

'The Platform' is the latest thriller to arrive on Netflix, and here is why you should add the movie to your list of "must-watch" titles.

Set in a dystopian future, 'The Platform' is a tale about one man named Goreng (Iván Massagué), who wakes up inside a prison cell. However, this isn't just any prison cell, as there's a huge rectangular-shaped gap in the middle of the floor that he shares with his cellmate Trimagasi (Zorion Eguileor). Their prison floor is just one floor of many, many others that can be seen continuing upwards and downward in a seemingly never-ending tower block of grey concrete.

Each day, the cellmates in the vertical prison are fed only once, by a banquet table that arrives on each floor, starting at the top floor all the way to the very bottom. Each floor only gets to indulge on the food for a few brief minutes before it begins to lower to the next floor. As this is the only time the prisoners have to be fed each day, cellmates pig out on whatever scraps they can get their hands on for the vital minutes.

And if that wasn't bad enough, the cellmates also have to deal with the fact that every month, they are placed onto a different floor. So, one month you could be placed on level one, being able to indulge in everything put in front of you - while the next month, you could be on level 100 sucking the juices off of pre-eaten chicken bones from the 99 previous floor's leftovers. Grim. 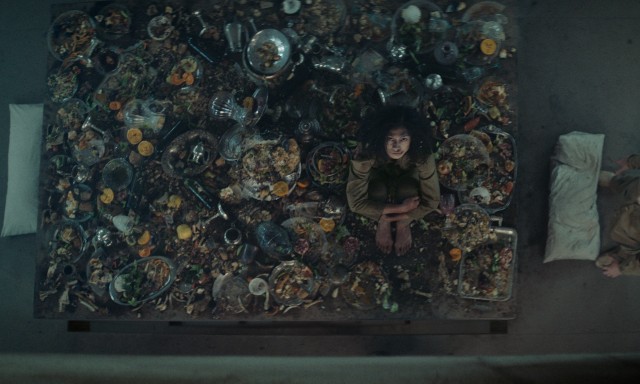 Unique and bold, 'The Platform' on Netflix is not for the faint-hearted. A Spanish thriller movie from director Galder Gaztelu-Urrutia, from the very beginning the movie has you intrigued. It does an incredible job at depicting what kind of people we can turn into if we are put under such hellish conditions. Would you play to the rules of the jail, or attempt to help your fellow cellmates?

The characters depicted throughout 'The Platform' are memorable enough to each leave a lasting impression on the audience - the need to exercise caution with the characters of a storyline has never been more needed. Who can Goreng trust, and who does he think will betray him? 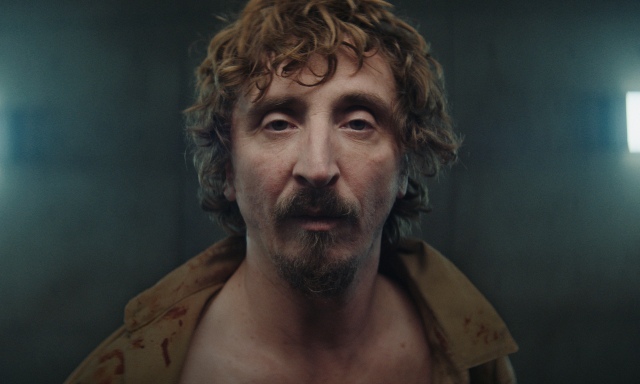 The concept of 'The Platform' might seem incredibly unique, and it is, but it's also a very twisted idea surrounding the concept of human consumption. While watching the story unfold one can't help but think of how today's world is - the rich at the very top being able to gorge on endless material objects, while the poor at the bottom starve and die. It may be a future dystopian movie, but the topic is far from fiction.

A gruesome, thrilling, and hellish addition to Netflix, 'The Platform' is available to stream online now.

'The Lost King' is an honest tale, but too plainly told

'Nothing Compares' is a parable about fame, Ireland, and artistic integrity

'Amsterdam' is a well-meaning, star-studded mess