Netflix Review: 'The Perfect Date' is a 'Who's Who' for Gen Z

'The Perfect Date' is more McDonald's Drive-Thru than candlelight dinner

Noah Centineo - the king of Netflix original teen rom coms - is back for 'The Perfect Date'.

In the movie, he plays a high schooler named Brooks Rattigan who's saving up to go to Yale. After being paid to go on a date with his classmate's cousin, Celia (Laura Marano), he comes up with a business idea: with his programmer friend's help, he sets up an app where women can pay to go on dates with him. He'll wear what they want, talk about what they want, go where they want and have whatever personality they want. At the same time, he catches the eye of Shelby (Camila Mendes), the most popular girl in Celia's class. However, sparks are also starting to fly between Celia and Brooks. 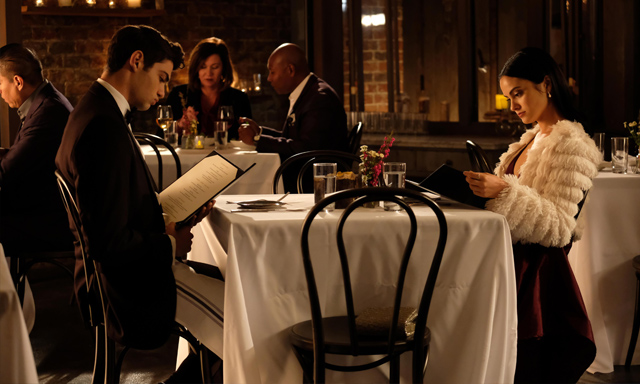 At this stage, we all know how rom coms like 'The Perfect Date' work out. But the fun is in the journey, right? Well, the latest Netflix original for a young audience has plenty for the kids, primarily in its cast. First, you've got Centineo, who audiences fell for in Netflix movies 'To All The Boys I've Loved Before' and 'Sierra Burgess Is a Loser'. Then, Disney Channel fans should recognise female lead Laura Marano as Ally of 'Austin & Ally' (Austin went on to 'Chilling Adventures of Sabrina' so Netflix is snatching them up fast). And last but not least, Camila Mendes of 'Riverdale' fame is in the mix. It's like the 'Who's Who' of casting for Generation Z.

'The Perfect Date' hits all the beats you expect it to. For example, there's the way that Celia and Brooks 'just get each another'. She says he relies on being accepted too much and calls him vanilla, plain but full of nuances. He sees that behind her tough exterior, she's sweet and sensitive. There's the gay best friend in Odiseas Georgiadis and advice-giving dad in Matt Walsh. The script plays out like a teen telenovela - akin to 'Riverdale' - and there are the obligatory plot holes (how does Brooks manage to save for college while spending so much money on outfits for dates?). Moreover, it's odd that Brooks is accused of being 'selfish' when he seems no more so than every other kid his age.

There are elements of '90s classics like '10 Things I Hate About You'  but 'The Perfect Date' never quite captures their memorability or charm. There are also aspects of the movie that would have been interesting if explored in greater depth. There's Brooks' insecurity about his class, the way he looks down on his father. A scene in which Brooks takes a mourning widow for a walk hints that 'The Perfect Date' had the potential to be more affecting than it is. Still, the movie is pleasant enough for its hour and a half running length. Don't go out of your way for it though.