Review: 'The Kissing Booth 2' is as truly, truly awful as its predecessor

The rom com sequel lands on Netflix on 24 July

After spending the perfect summer together, Elle (Joey King) and Noah (Jacob Elordi) are trying long distance. Noah is off to Harvard while Elle is finishing senior year. At school, there's a new boy named Marco (Taylor Zakhar Perez), who Elle admits is a "total snack". Meanwhile, she is also torn between going to Berkeley, which is her best mate/Noah's brother Lee's (Joel Courtney) dream, or to go to Boston to be closer to Noah.

'The Kissing Booth 2' is as dumb and predictable as the first movie. It's also kind of sexist. Let's not forget how its predecessor had Joey King's bottom on display in that ridiculous skirt in its first scene (which the sequel obviously references, because it was so hilarious). Then you have Noah who is as clingy, possessive and controlling as he ever was. This time around, he actually phones the school, pretending to be Elle's father ringing about an emergency, because she didn't text him back. On her first day back at school. That's 'Fifty Shades of Grey' levels of creepiness.

Then there's Lee, who is just the worst to his girlfriend Rachel (Meganne Young), constantly letting her down and hanging out with Elle instead. There's a very 'Angus Thongs and Perfect Snogging' moment that sees Rachel humiliated and you want to say, Game Over Lee. Then you have to put up with dialogue like "did I actually just fall for that?" "If I'm not sure where I am right now, how could I possibly know what I want to be in 5 years?" and "When we get out of here, I'm going to treat you like my personal jungle gym" from Elle. It's just painful. As if they're trying to give her Carrie Bradshaw-esque reflections on life when really she's just being an indecisive or over thinking teenager.

The movie is also completely unrealistic. At one point, Elle goes on a rant for several minutes objectifying Marco that she manages to accidentally put on speaker phone to the whole school. Seriously? The school's speaker phone is later used for a declaration of love. So it appears any student can access it at any time. Elle and Lee also still have those lame friendship rules (they're 17 to 18, not 10). And there's a $50,000 Dance Mania competition prize that could be the answer to all of Elle's problems. That's a ludicrous prize, but maybe that's Murica. 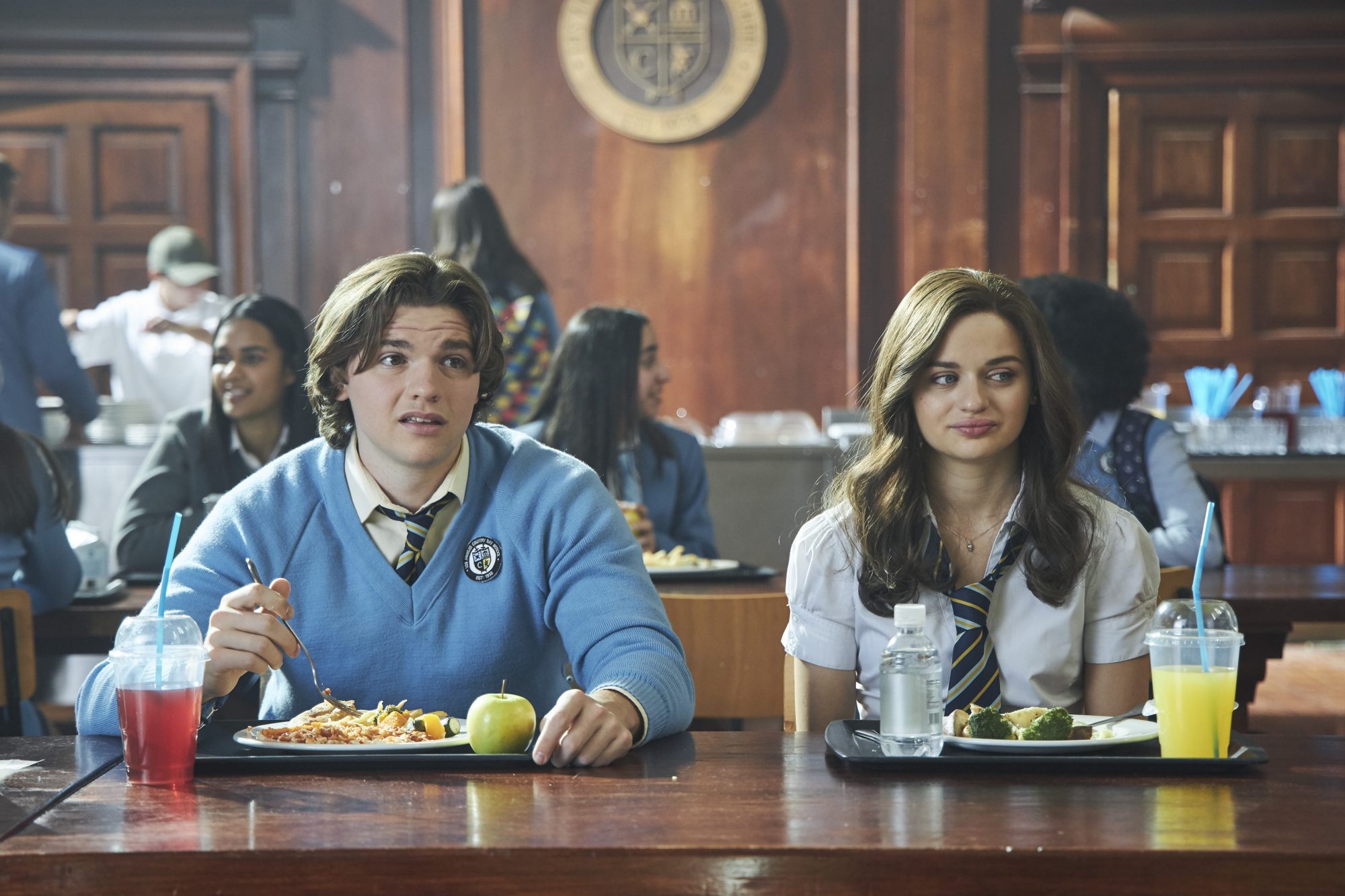 Don't even get me started on the Dance Mania competition. There's so much inaccuracy and misdirection when it comes to the rules of it. But more importantly, why does it entail you to choreograph your own dance when the game is LITERALLY BASED on you FOLLOWING THE GAME'S CHOREOGRAPHY MOVE BY MOVE. It is so fricking stupid I could die. And then there's what comes immediately after they do their dance, which I won't give away, because I'm sure people will watch the film in spite of this review, and I hate spoilers. But suffice to say Elle is, as well as Noah and Lee, just the worst.

That's the thing though. Aside from this movie being an embarrassment, completely lacking in intellect, and formulaic, it centres on these terrible, terrible people. It's also completely predicated on everyone lying to one another, which is the stupidest and laziest plot device of all. I also have yet to mention their total mismanagement of the queer narrative which sees Elle compare her liking the most popular guy in school to a fellow student coming out. That is painfully tone deaf. Then the actual coming out moment is so hammy it's like, we've come a little further than this, right? 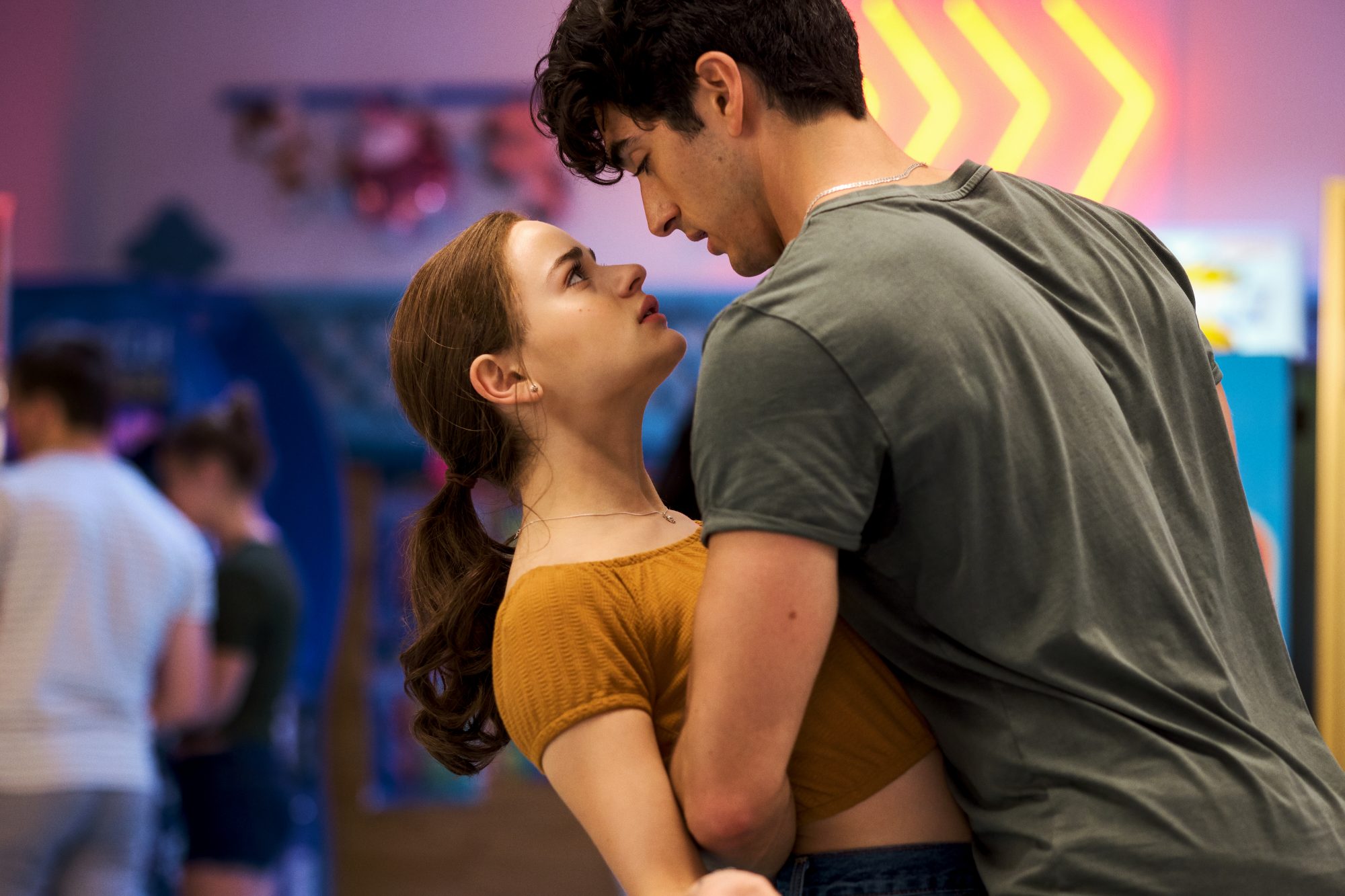 Did I mention that it's also over 2 hours long? There are so many montages and at least 20 minutes of cute couple shots that could have been taken out. There's also an excruciating "almost" kiss in slo mo among so, so many other movie sins that I've merely grazed on. I've almost come to the end of my rant, which will recall the beginning of the movie, an opening montage of Elle talking really fast as if she's divulging a lot of information, but not really saying anything. I'll do what Elle couldn't manage. To express my feelings honestly and succinctly: this movie is god-awful and should not exist.

The Kissing Booth 2' is streaming on Netflix from 24 July.

'Knock at the Cabin' is one of Shyamalan's greats, until it isn't