Review: Why 'Isn't It Romantic' is the best kind of Netflix movie

'Isn't It Romantic' follows Natalie's (Rebel Wilson) journey from cynic to romantic. From a young age, Natalie's mother (Jennifer Saunders) has convinced her that women like them don't get movie endings. By adulthood, Natalie is single, living with her dog, and working in an office job where everyone aside from best mates Josh (Adam Devine) and Whitney (Betty Gilpin) take advantage of her.

One day, mid-robbery, Natalie bangs her head. Suddenly New York is a dream and everyone around her is acting corny and loved-up. It doesn't take her long to realise that she's trapped in a romantic comedy.

'Roma' losing out at the Oscars after being the favourite to win Best Picture proved two things. One, movie fans are not quite ready to accept Netflix as awards fodder yet (the streaming service's other awards nominee, 'The Ballad of Buster Scruggs', came home empty-handed). Two, 'Green Book' winning Best Picture proves that audiences are indeed just looking for a feel-good, crowd-pleasing movie experience.

'Isn't It Romantic' provides that in bucketfuls. 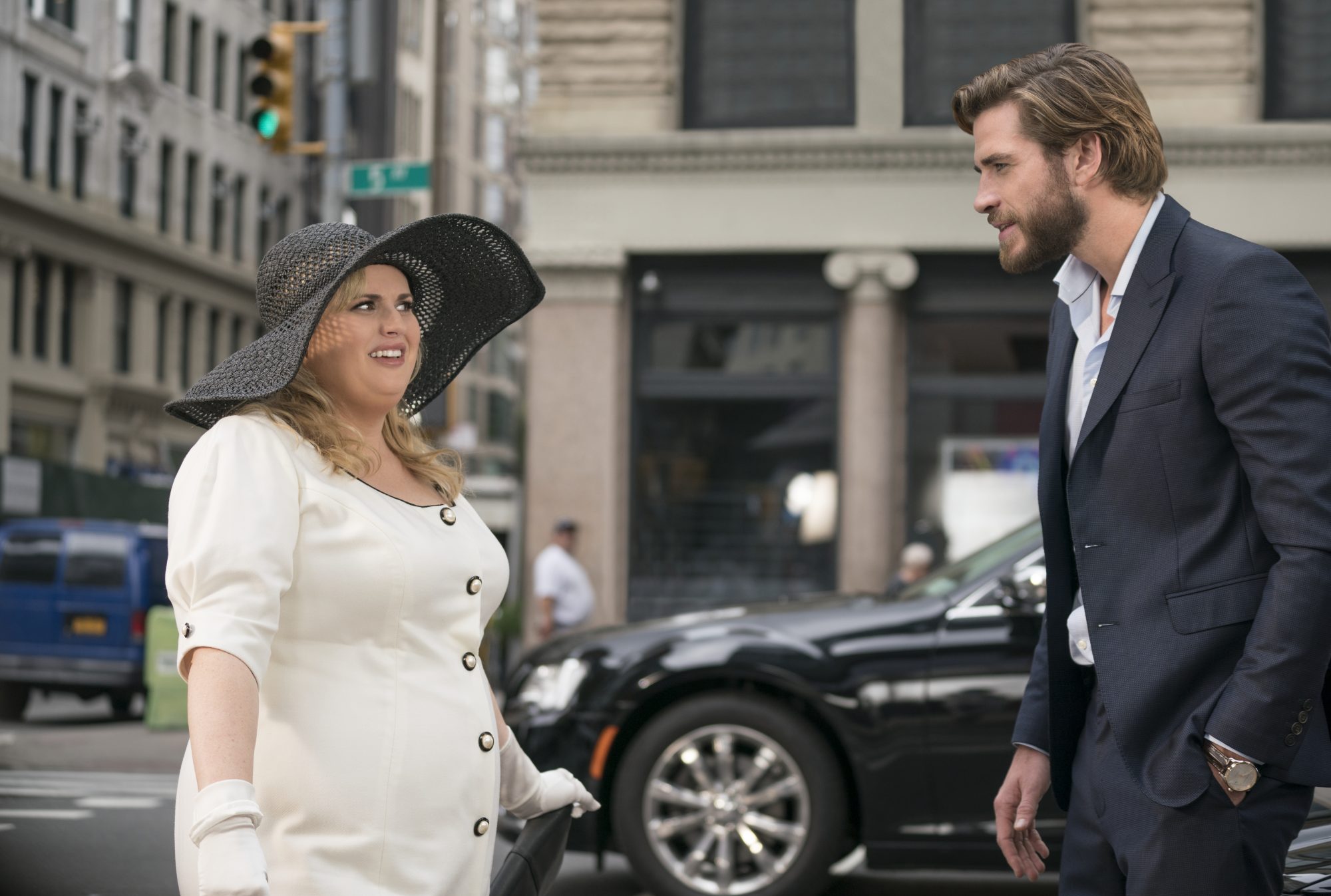 Rebel Wilson and Liam Hemsworth in 'Isn't It Romantic'

Rom com and cheesy movie fans will delight in the film references of 'Isn't It Romantic' ('Pretty Woman', 'The Wedding Singer', 'Notting Hill', '13 Going on 30' and 'My Best Friend's Wedding' are just some of the shout-outs). As promised by the trailer, the movie has its cake and eats it too. While poking fun at the various conventions of romantic comedies - and movies generally - it also shamelessly utilises those same conventions. Natalie points out how characters travel from one place to another in seconds, how dumb slow motion is, and has her F-bombs bleeped out as the rom com she is stuck in is PG-13.

There are some great lines, such as Natalie's description of her new world as "The Matrix for lonely women". There are also a couple of great musical numbers in there too (because people who watch these kind of movies probably love musicals). The movie is as light and fluffy as a cloud. Moreover, touchingly, there's a tender message about imposter syndrome and realising that you (especially female audiences out there) deserve the happiness that comes your way. 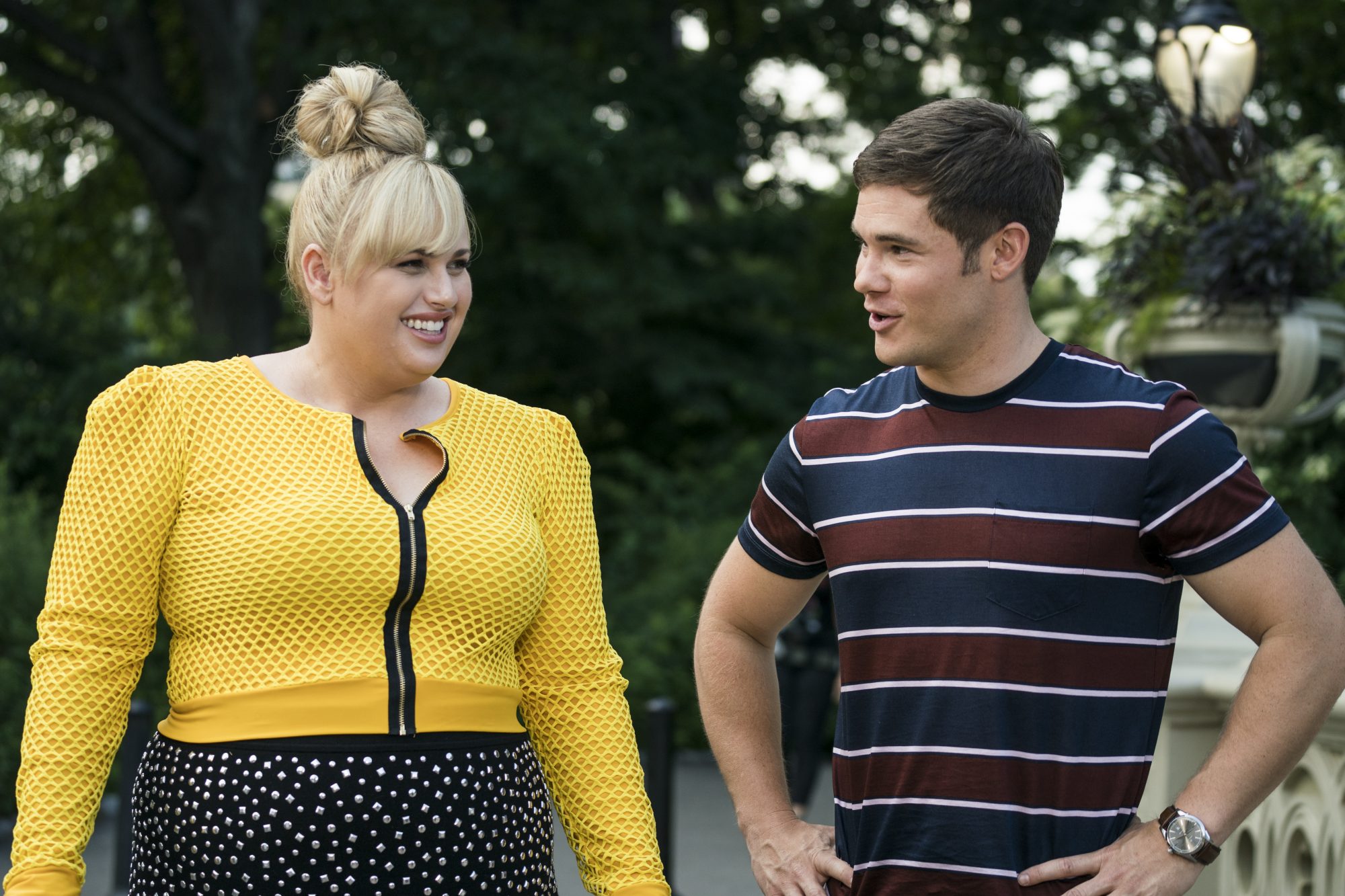 Rebel Wilson is the funniest here she has been in years. While we're more used to seeing her in supporting roles, 'Isn't It Romantic' more than proves her star quality. The film also reunites Wilson with her 'Pitch Perfect' love interest Adam Devine. Liam Hemsworth going au naturel and Aussie is another enjoyable aspect of the film. Plus the 'gay best friend' (played by 'The Good Place's Brandon Scott Jones) is excellent.

Not a whole lot happens in 'Isn't It Romantic' and it's only about an hour and a half long but that's part of what makes it work. If it was a theatrically released comedy, you know it would be approaching that unnecessarily long 110 minute duration. So though you feel certain parts of the film could have been delved into, the shorter running time is a fair compromise.

In the end, you have a fun, snappy, entertaining viewing experience. And isn't that all you want from a Netflix film?