Review: 'The Knight Before Christmas' is a Netflix ad, not an actual movie

Sir Cole Christopher Frederick Lyons (Josh Whitehouse) is a dashing young knight from medieval times. Brooke (Vanessa Hudgens) is a high school science teacher in the 21st century. When Sir Cole gets assigned a mysterious quest, he is magically transported forward in time and their worlds collide. Literally, in fact, as she nearly hits him with her car. Convinced Cole is suffering with amnesia, Brooke takes him in. But how could two people from such different worlds ever get on? And having only mended her broken heart, could Brooke open up to the chance of love again?

As this reviewer has discussed previously, Netflix are spewing out Christmas movies as rapidly as they are B-movies. But 'Let It Snow' wasn't terrible and 'Klaus' was actually very enjoyable, loaning one hope. Said hope has since been dashed by the pile of poop that is 'The Knight Before Christmas'. And I'm not being a Grinch here. It's really just not good.

Everything about the plot feels lazy and dull. The editing is so choppy and fast that it feels like even the editor is bored. Apart from Vanessa Hudgens (who last year starred in hit Netflix Christmas movie 'The Princess Switch'), the acting standard is pretty poor. Even Whitehouse's surprised facial expressions are seriously wanting. You've got all your cliches in there like the knight calling the waitress a "wench" (considered bad manners nowadays - didn't he know?), cutting down a Christmas tree and proving to be a knack in the kitchen - what a man! And let's not forget when, oh no, the little girl goes missing and wanders off into the middle of a frozen pond. I wonder if Sir Cole can save her... 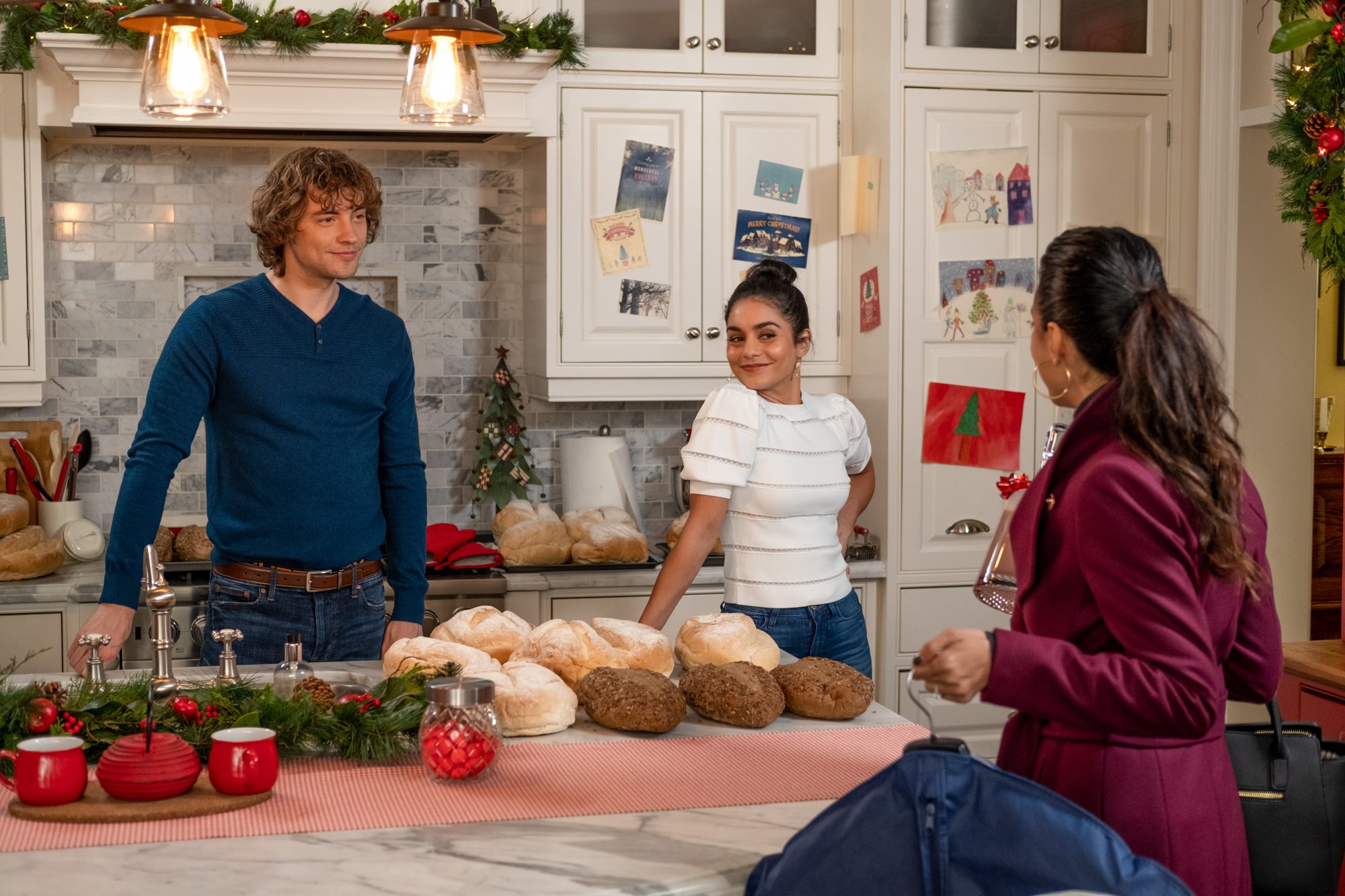 There could have been a whole commentary here about whether the modern world could use some more old-fashioned chivalry. Brooke coos when Cole bends the knee to her, kisses her hand, and proves his honesty and loyalty. But mostly she just finds him hawt, and in case you were wondering, yes, there is a scene where he emerges from the shower, topless, and she blushingly gives him fresh clothes.

The knight and medieval puns ("I prefer yore to mine") are just painful. And the movie is trying to be hip and down with its young viewers including a very unfunny scene where Cole can't understand how to work an Alexa. It's barely a movie. It's really, as described in the review title, an ad for Netflix. There's actually a scene where Cole watches the film 'Holiday in the Wild.' The morning after, he tells Brooke he stayed up all night "bingeing" and encourages her to spend the day with him doing the same. Hours later, she has fallen asleep in his lap and he smiles adoringly at her. If that's not a shameless plug, I don't know what is.

'The Knight Before Christmas' is streaming on Netflix now.