Beauty pageant plots aren't exactly new territory for movies these days. Both 'Miss Congeniality' and 'Little Miss Sunshine' are quality movies that tackle America's beauty pageant scene, and do it justice. Netflix's new comedy 'Dumplin'' aims to spin the topic on its head once again, and thankfully it's a very welcome addition.

'Dumplin'' is based on the 2015 young-adult novel by Julie Murphy. It sees an overweight high school girl, whose mother nicknames her Dumplin', take part in a beauty pageant in Texas. Willowdean (Danielle MacDonald), or Will to her friends, decides to stick it to her former beauty pageant queen mom (Jennifer Annister); Will is joined by a band of misfits who want to take down the patriarchy of America's beauty pageants.

Although the storyline might not be groundbreaking, or over-complicated, the 'Dumplin'' movie works really well due to its memorable cast, and ramping that feel-good factor right up to 100. The movie wants you to feel comfortable with your body, no matter how it looks. 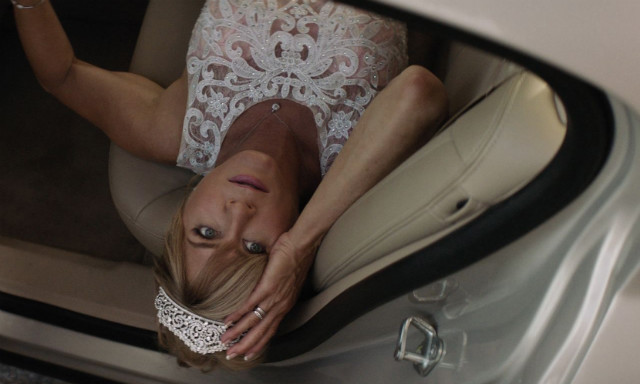 From the get-go, 'Dumplin'' secures its audience. Beginning the opening credits with Dolly Parton's 'Dumb Blonde,' it sets the tone for the movie straight away. Will is certainly no dumb blonde, as we'll see as the movie progresses. She and her best friend Elle ('Ladybird' actress Odeya Rush) are obsessed with the country singer, and Parton's songs feature almost exclusively throughout the movie. And no, it's not overly reliant on '9 to 5' either, which is certainly a plus.

The dramedy deals with many issues that you're bound to find in any novel aimed at young-adults - death, romance, relationships, and celebrating who you are. However, what we liked is that the movie doesn't shove these topics down your throat to make its point, more it subtly leaves them dangling in front of you so that you can make of them what you will.

For example, Anniston's Rosie Dixon is an ex-beauty pageant queen, having won her title back in Miss Teen 1991. She's treated as pageant royalty in Texas, and her whole world is centred around the pageant circuit. While this is true, she still cares deeply for her pageant-hating daughter Will, and thankfully doesn't act like the fairytale villain you might think he character is set up to be. This is a feel-good movie about the nauseating industry that pageantry is, not an over-the-top drama about cruel pageant mothers.

Not only do Anniston and MacDonald play a convincing on-screen family, 'Dumplin'' features a pretty stellar supporting cast too. Harold Perrineau, who you'll know as Michael from 'Lost', plays a scene-stealing Drag Queen who takes Will under his wing; while one of the three sisters from 'Hocus Pocus,' Kathy Najimy, shows up towards the end as one of the pageant contestant's disapproving mothers. Throw in the inevitable love interest (Luke Benward), and the goth-loving beauty contestant (Bex Taylor-Klaus), and you've got yourself a memorable cast.

While Netflix's 'Dumplin'' is light on the laughs, it's certainly heavy on its pride. It'll make you laugh, cry, and hopefully have you feeling more body confident by the end of it. Add to that a very fitting soundtrack, and you've got yourself a nice little feel-good movie that is guaranteed to keep you smiling.