Review: Believe the hype - 'Black Mirror: Bandersnatch' is a masterpiece

'Black Mirror: Bandersnatch' is a watershed moment for Netflix.

Charlie Brooker's 'Black Mirror' has, since its inception, been able to needle and creep under the skin of audiences in a way that few writers are able.

It's there in the title - an empty screen, reflecting back our worst impulses and darkest thoughts - but what 'Bandersnatch' does is make you as much a party to the terror as the one causing it. The interactive element of the movie means that you'll end up with five distinct endings, all of which can be found by making various decisions at key points in the story.

Fionn Whitehead plays Stefan, a psychologically traumatised programmer who's trying to adapt a Choose-Your-Own-Adventure novel into a videogame. The novel has a personal connection to his mother, and while his father is emotionally distant, he recognises that the pressure his son is putting himself under is taking a toll. That's the baseline of it all, but where it goes from there is, quite literally, up to you.

Without giving too much away, the endings verge from the the utterly ridiculous to the crushingly fatalist, and very few of them are what you'd call a "happy" ending because, well, it's 'Black Mirror'. Why would you expect anything even close to that?

Thematically, 'Bandersnatch' deals with areas Charlie Brooker has explored before - the intersection between technology and reality, free will as a concept, psychology, horror, humour. Here, it's layered and strung together with such style and panache that it's kind of breathtaking. There's a real sense of vision at work, and it's only when you step back from it do you realise what kind of mind it takes to pull it all together on to the screen. 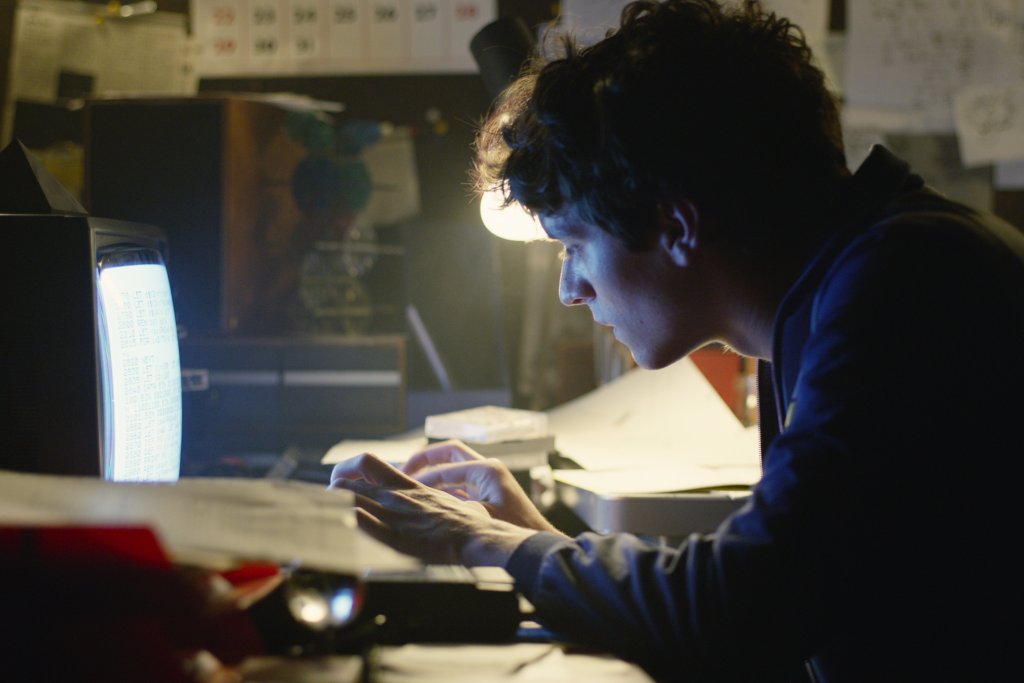 David Slade's direction is sharp and direct, and the music choices are top notch - some of which you even get to decide for specific scenes. The supporting cast, including Will Poulter, Alice Lowe and Craig Parkinson, all give intriguing performances, but its really Fionn Whitehead who not only centres the story, but also guides us through the insanity of it all - most of which his own.

Trying to compare 'Bandersnatch' to a videogame is really doing it a disservice, primarily because videogames wouldn't have this much depth of story to them. Likewise, calling it a gimmick is dismissive because that implies it's just a trick or some kind of lazy way of covering its track. What it really is a truly interactive experience that'll have you on the edge of your seat, weighing out every option and panicking in the space of ten seconds - and going back to it again and again to see how it can be done differently.

'Smile' is a familiar but effective slice of horror

'The Woman King' is a crowd-pleaser with brains to spare