Netflix review: The new 'Rebecca' makes for a worthy adaptation

After a whirlwind romance in Monte Carlo, Maxim de Winter (Armie Hammer) marries a young woman working as a lady's companion. He sweeps the new Mrs. de Winter (Lily James) to her new home of Manderley, an extravagant estate run by the housekeeper Mrs. Danvers (Kristin Scott Thomas). Taunted by Danvers and consistently making errors, Mrs. de Winter feels like she is living under the shadow of Maxim's deceased first wife, Rebecca. But she soon finds there's much more to Rebecca's story...

Most eager readers have consumed Daphne du Maurier's novel 'Rebecca'; and many have seen the 1940 Alfred Hitchcock Oscar-winning adaptation. Those referring to this latest, directed by Ben Wheatley, as a remake are quite mistaken. For the Netflix movie is a take all its own.

Firstly, whereas its most famous predecessor was in black and white, the new 'Rebecca' is defiantly in colour. It's so bright and exuberant, particularly in the opening Monte Carlo-set act. The costumes, scenery and décor are all so glamourous - it makes for a setting that anyone could fall hopelessly in love in.

Speaking of, romance is very much at the foreground of the movie. It's a passionate and sexy take on du Maurier's classic, if one may be so bold as to say. One of the concepts explored is womanhood, with Mrs. de Winter's loss of innocence and sexual maturation going hand in hand. It's faithful to the original, with the theme of class and wealth featuring prominently from the outset too. As with the novel, the truth about Rebecca is disseminated to Mrs. de Winter via different, sometimes clashing perspectives. It begs the question, how can you compete with someone who is dead, perfectly preserved in memory? 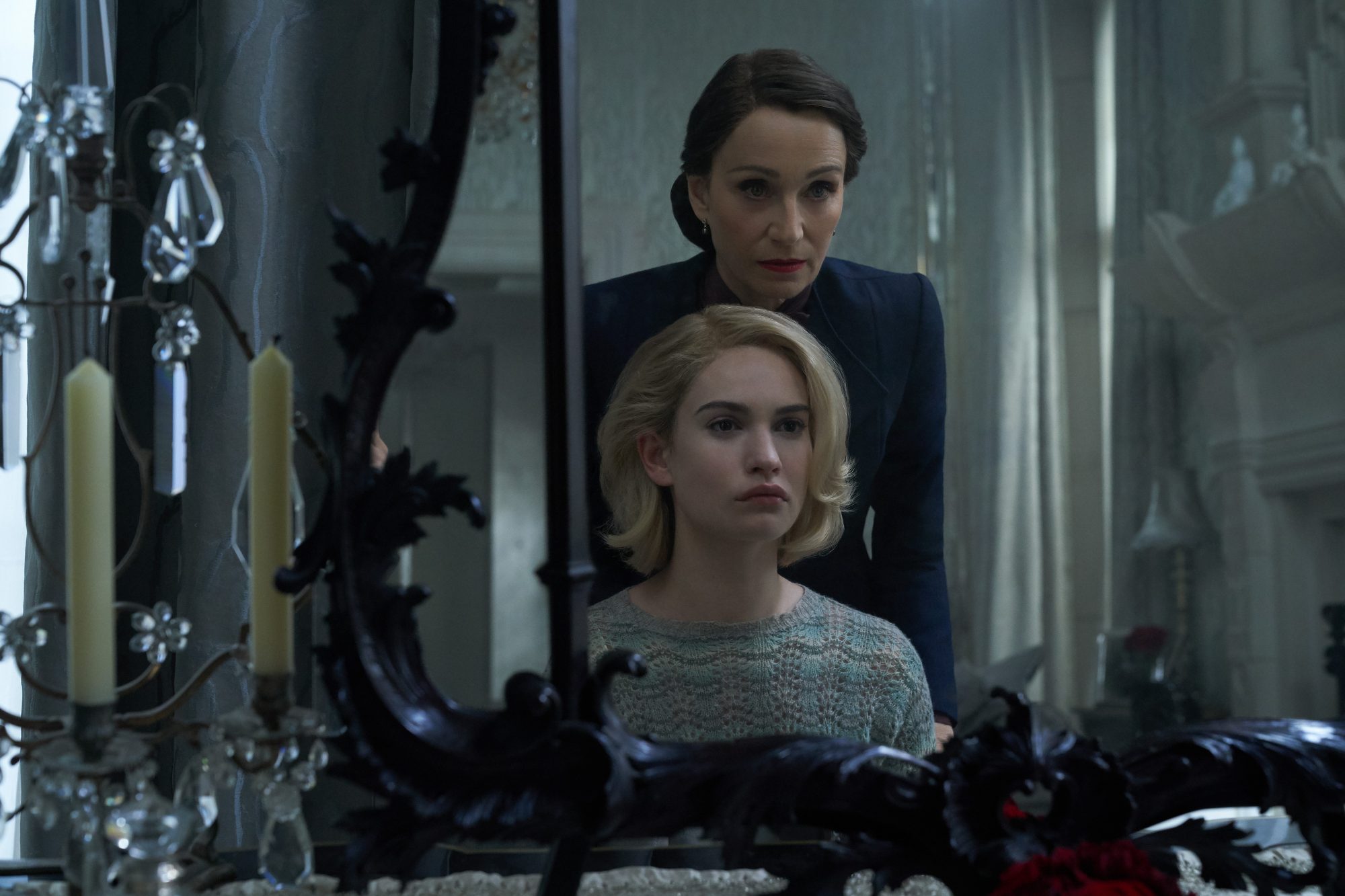 None of the cast ham it up, except arguably Sam Riley, but it fits his supporting character. Kristin Scott Thomas is frighteningly chilly and hard in her delivery, in contrast Lily James' character's cheery but emotional nature. You can see her struggle to stay composed, the only pretense she has to the station above her. Armie Hammer plays the gentleman (with a past) with ease. To be honest, neither romantic lead gives a particularly remarkable performance. One thing that can be said though is, by the end, female audiences will want James' wardrobe for themselves, and Hammer's for their other halves.

Wheatley puts his auteur stamp on the film by including some trippy sequences and expertly uses space. As was the case in prior works, he delivers on the thrills and sense of atmosphere. Little moments are added in, such as an idyllic montage between Mrs. de Winter and Danvers, that make the film all the more sinister.

All erupts in the final court act, the drama proving delicious. Admittedly, it can all be a bit camp, but such is the nature of the material. Moreover, for a movie that's over 2 hrs long, you honestly never feel it. It's a shame it won't be playing on the big screen though.

'Rebecca' streams on Netflix from 21 October.

'Fatherhood' is led by an impressive dramatic turn from Kevin Hart

'Luca' proves that Disney Pixar has most definitely still got it

'The Hitman's Wife's Bodyguard' is another pointless cash-in sequel