The cast have reunited following their off-Broadway play

Based on the Tony Award-winning play that essentially attempted to change a generation's thinking towards the LGBTQ community, 'The Boys in the Band' is a glorious celebration of life, love, and everything queer.

In case you are not aware of its background, Netflix's 'The Boys in the Band' is a movie version of an off-Broadway play from 1968, written by Mart Crowley. Releasing at a time when Gay Rights were at the forefront of the media in the US in particular - and a year before the revolutionary Stonewall Riots happened - the play was seen as an eye-opening view of a community many people might have ignored, or even feared, up until then.

This interpretation of the play sees the all-star cast reunite for a movie version of their 2018 Broadway revival - this time as a Netflix movie. Both versions were directed by Joe Mantello, were produced by Ryan Murphy, and star the same all-gay cast members. And it is a hoot.

The storyline follows a group of nine gay men who gather for a birthday party in New York City during the 1960's, all organised by Michael (Jim Parsons). However, Michael receives a questionable phone call from an old school friend, Alan (Brian Hutchison), who interrupts the birthday party and sets the storyline into motion. 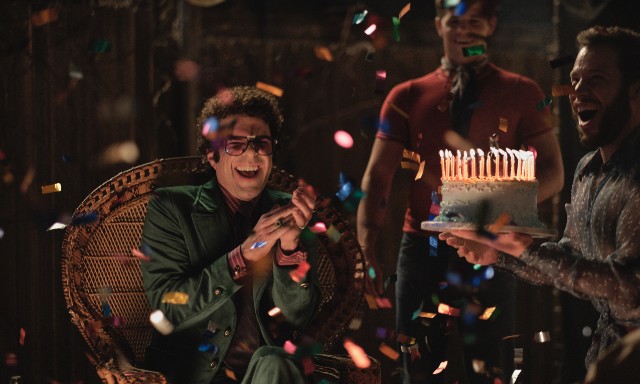 Joining Parsons in the cast list is Zachary Quinto, Matt Bomer, Andrew Rannells, Charlie Carver, Robin de Jesús, Michael Benjamin Washington, and Tuc Watkins, who are all reprising their roles from the Broadway show. Quinto is particularly enjoyable to watch as birthday boy Harold, as a man who questions everyone's motives within this apartment; de Jesús shines as the flamboyant Emory.

As you would expect, this is a movie based on a play, so the storyline is incredibly character-focused and full of monologues. The scenes can go from goofy one moment, to achingly agonising to watch in another, and your attention is captivated for the duration of its two hours running time. Admittedly, it does take a while for the storyline to kick in, but you don't mind so much because each of the characters' interactions with one another are highly entertaining.

A very worthy watch if you're inclined to something that is equal parts comedic, sassy, touching, and thought-provoking, the movie serves as a celebration of gay culture, in all aspects imaginable. With an all-gay cast at the helm, you might not have seen the likes of this before.

Be sure to watch out for our exclusive interview with Zachary Quinto very soon, who talked to us about revisiting his character Harold, as well as telling us about his love for Galway.

If our 'The Boys in the Band' review has piqued your interest, the movie will arrive on Netflix Wednesday, September 30.

'The Fabelmans' is a perfect blend of melodrama, memories and movies