Netflix review: 'To All the Boys: P.S. I Still Love You'

Lara Jean (Lana Condor) and Peter (Noah Centineo) are no longer pretending to be a couple. They're actual girlfriend and boyfriend now. Mind you, Lara Jean has never been someone's girlfriend before and she isn't sure if she's doing it right. She also has to contend with the fact that Peter is the most popular boy in school. And to make matters more complicated, there are more repercussions to the letters sent out to all the boys she loved. John Ambrose McClaren (Jordan Fisher) writes her back, and Lara Jean can't help but be excited by the prospect of him coming back to her life...

Teen flicks copying the John Hughes format have been plentiful on Netflix. 'Tall Girl', 'Sierra Burgess Is a Loser', 'The Perfect Date' and 'The Kissing Booth' are just a handful. 'To All the Boys I've Loved Before' has proven a particularly big hit for Netflix. And now the first of two sequels (next is 'To All the Boys: Always and Forever, Lara Jean') has arrived.

As tends to be the problem with follow-ups, 'To All the Boys 2' doesn't have the freshness of its predecessor. It's still very sweet and cutesy, but one gets the sense it's treading old ground. Condor and Centineo still make very likable, charming leads - especially Condor - but the excitement of the 'will they won't they' from the first movie is gone. There's less humour than in the predecessor and the story is less interesting. Plus the central couple are split up more often than they're together. And they bicker, which isn't pleasant to watch. 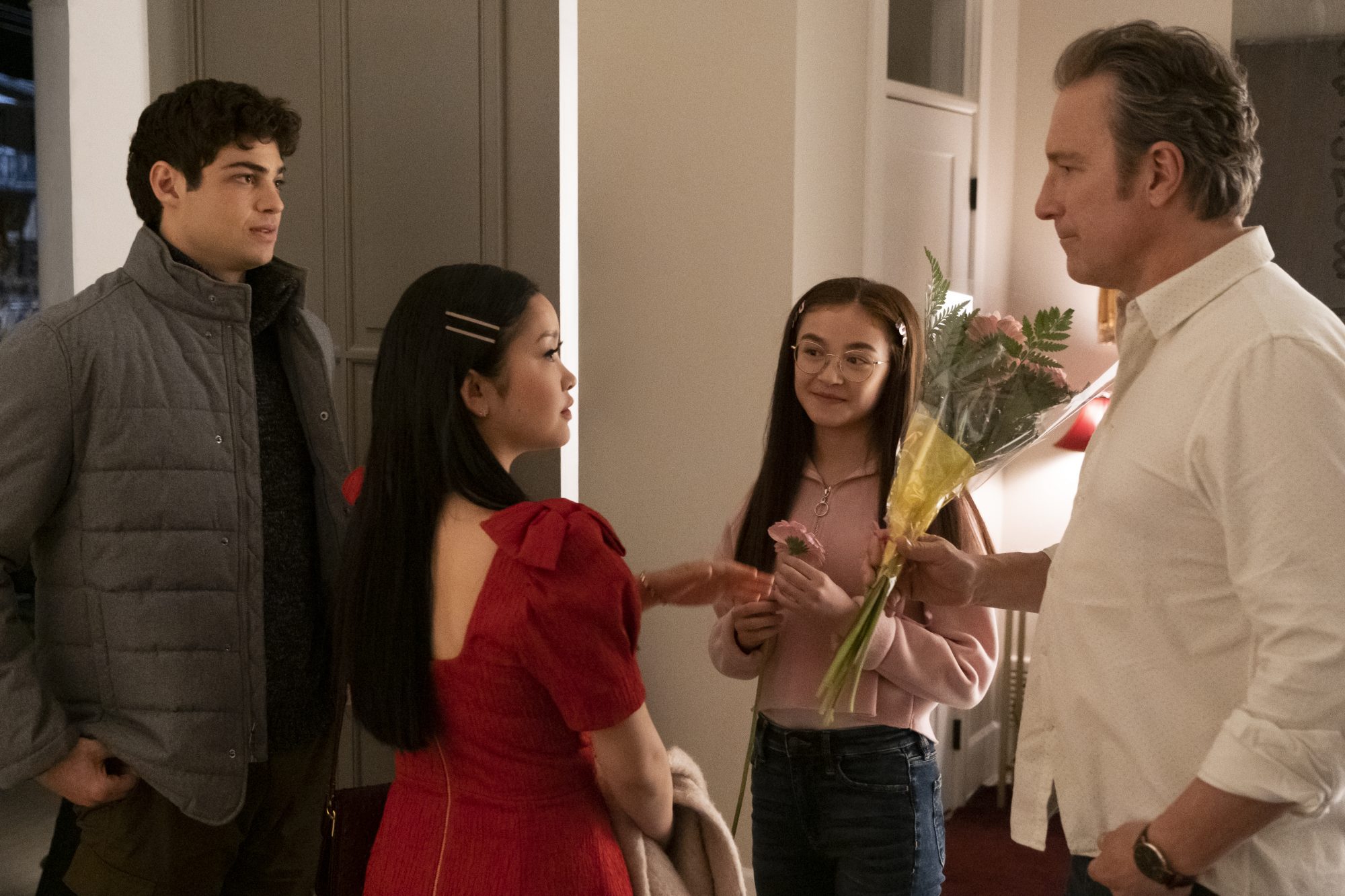 Lara Jean's Asian-American identity is integrated into the plot, but only for a scene or two. Her family generally feature much less and the gay black best friend trope still feels cheap (See 'Sex Education' for how to do it right). There are a couple of new characters in John Ambrose and Stormy, the latter proving a particular highlight. She's played by Holland Taylor, who people might remember from 'Two and a Half Men', 'The Truman Show', or 'Legally Blonde'; her character here is a zestful, cheeky resident of the retirement home where Lara Jean is volunteering. Though the 'To All the Boys' follow-up is missing much, Stormy is a welcome new addition.

Then there's the matter of John Ambrose, who Lara Jean become increasingly flirtatious with. The trustworthiness of Peter comes into question later  and you wish you could just shake the two lovebirds, tell them to grow up, and stay loyal, because what they have is great. But then, you remind yourself, this is a YA movie about teenagers. They are immature. They're just kids.

So generally speaking, 'To All the Boys: P.S. I Still Love You' does not pack the same punch as the original. It's a fine follow-up that is pulled through thanks to its endearing characters, leads and supports. It is streaming on Netflix now.

'Blonde' is a psychological horror, not a biopic

'I Used To Be Famous' keeps a steady beat

'It Is In Us All' makes for dark, unsettling arthouse drama