Netflix review: 'Someone Great' is a rip-roaring celebration of female friendship

'Someone Great' tells the story of music journalist Jenny (Gina Rodriguez). Initially thrilled at landing her dream job in San Francisco, Jenny is left devastated when Nate (Lakeith Stanfield), her boyfriend of eight years, dumps her because he doesn't want to do a long distance relationship. There's nothing to be done but start a 24hr binge and night on the town with best mates Blair (Brittany Snow) and Erin (DeWanda Wise). But Jenny can't stop thinking about Nate.

In spite of a lacklustre title, 'Someone Great' is a rigorous, alternately funny and bittersweet, celebration of femininity and friendship. It salutes seizing life in your late 20s. In fact, for audiences of that age watching the film, its characters and turn-of-events are all too recogniseable.

'Someone Great' is one of those rare occasions where the male character, 'Sorry to Bother You' star Lakeith Stanfield, is the underdeveloped one. Then again, that may have been the exact intention of Jennifer Kaytin Robinson's ('Sweet/Victorious') feature debut.

The fact that Robinson comes from an MTV background is of little wonder. The movie blares soundtrack's numbers like Robyn's 'Missing You', Twin Shadow's 'Saturdays' and 'Call on Me (Ryan Riback remix)'. Robinson also demonstrates her contemporary style of directing by having a collage of pictures, IMs and emails depict the course of Jenny and Nate's relationship. The familiar movie device of flashbacks is also used, but to the detriment of Robinson's movie as they provide little insight into the relationship's issues. 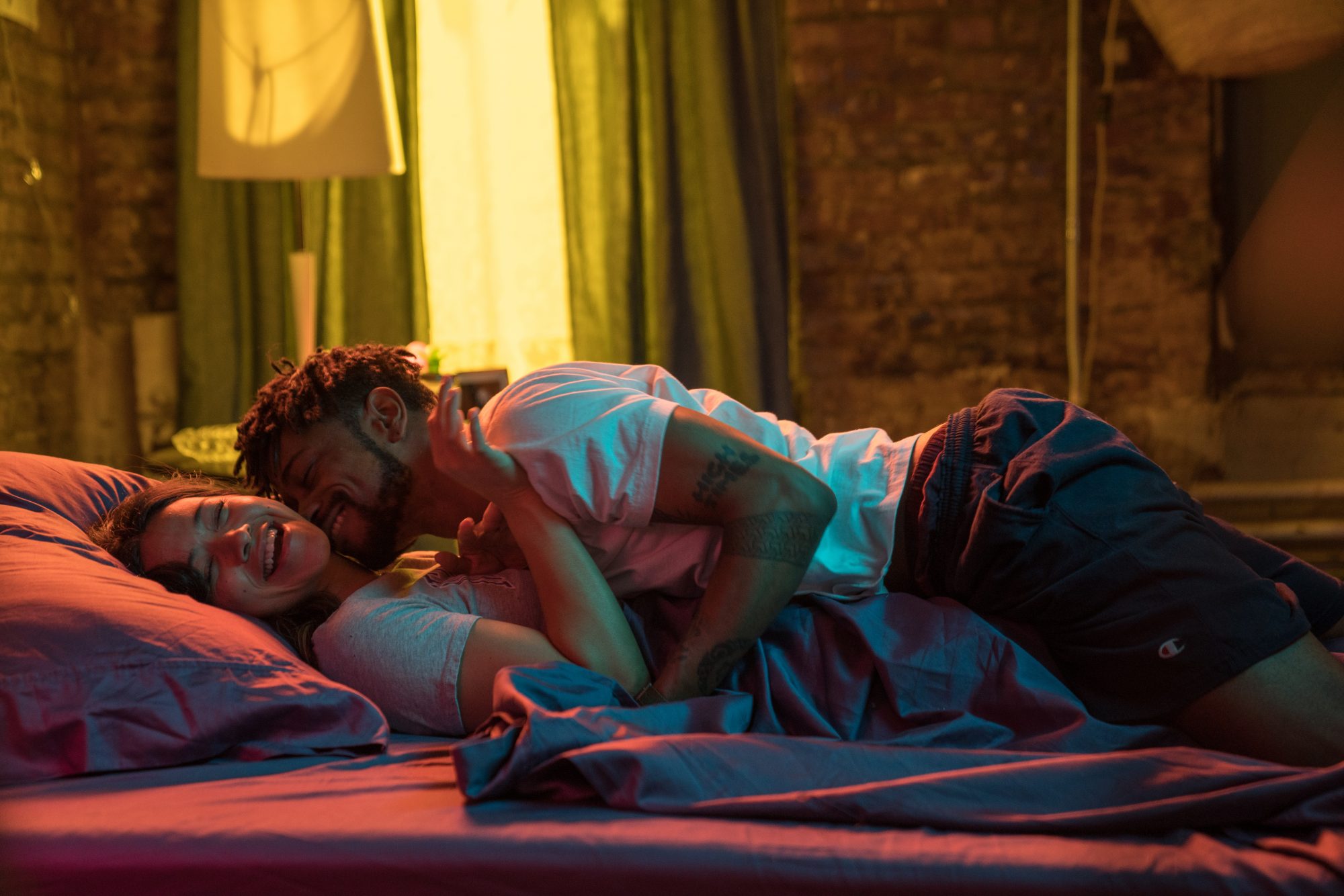 After all, 'Someone Great' is based on a modern-day, not uncommon phenomenon when it comes to long-term relationships. This is pretty much exactly how the day after a friend broke up with a boyfriend of several years would play out - you get high and/or drunk, run around trying to get tickets to the hottest gig that night, and get all dressed up to head out.

The 24-hour timeframe is punctuated by hilarious conversations with randomers (the opening scene is stellar), happy coincidences, and bump-ins with the last people you want to see (such as Rosario Dawson, apparently). There's a charm and comfort to the familiarity of it all.

But most of the film's charm comes from its three lead actresses. Gina Rodriguez, best-known for 'Jane the Virgin', continues to prove her comedic chops and capability of inspiring deep pathos. Comedy is no stranger to Snow either, having starred in 'John Tucker Must Die', 'Hairspray' and 'Pitch Perfect'. DeWanda Wise is another one to watch - she also stars in Netflix series 'She's Gotta Have It'.

In fact, Snow and Wise's characters get as much a look in as Jenny. Blair and Erin start to analyze their own romantic relationships on seeing their friend's break down. The results are sweet and surprising. Fortunately, though, the film's final message has little to do with other halves. Rather, it is a beautiful tribute to the hilarity and healing power of female friendship.

'Someone Great' is streaming on Netflix now.