Netflix Review: 'Knock Down the House' is the 'Rocky' of political documentaries

If you need a bit of inspiration, look no further than 'Knock Down the House'

American politics has taken over many a conversation the last few years since Trump got in power, and the country remains divided over the leader who is supposed to represent them all. In the midst of all this emerged a group called the Justice Democrats, determined to get ordinary (yet extraordinary) people into government to represent their causes in the 2018 mid-term elections. 'Knock Down the House' follows the journey of four of these candidates including the unstoppable force that is Alexandria Ocasio-Cortez.

'Knock Down the House' kicks off with Ocasio-Cortez and her story is truly a remarkable one. This time last year nobody knew who this then 28-year-old former waitress from the Bronx was and now she is one of the most talked about politicians in America. The documentary understandably spends a great deal of time focusing on Ocasio-Cortez and how she went up against Congressman Joe Crowley and ultimately took his seat as U.S. Representative for New York's 14th congressional district.

This is as big an underdog story as it gets and 'Knock Down the House' is with Alexandria every step of the way. Crowley, you must understand, was the fourth most powerful politician in America at the time. His seat had gone unchallenged for 14 years and he was eyeing himself up as a contender to take on Trump in the next election. To counter this, Alexandria Ocasio-Cortez was a relative nobody. A college graduate with a strong interest in politics who waited tables to make ends meet. To even get her name on the ballot sheet to go up against Crowley, Ocasio-Cortez needed 10,000 signatures.

Within five minutes of screen time with Alexandria, it's clear just how much of a force to be reckoned with she is. Intelligent with a commanding presence but also charming and intensely likeable. She knows how big the task at hand is but her dogged determination keeps her ploughing on. 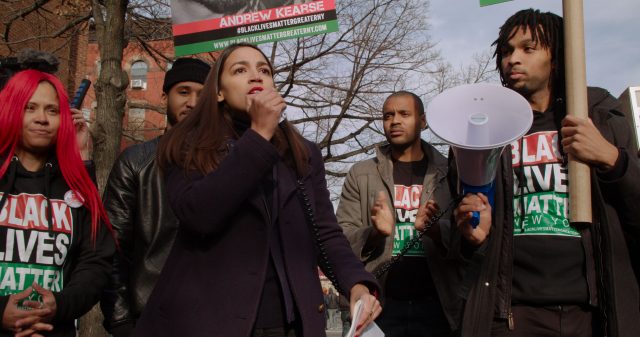 Ocasio-Cortez isn't the only one hoping to break the wheel of America politics. 'Knock Down the House' introduces us to three more impressive women that are also going up against their local congressman in different parts of America. "For one of us to get through, 100 of us have to try," Ocasio-Cortez says at one point.

The fact of the matter is, most of the people in positions of political power in America are white men, often millionaires, and often lawyers, we are told. The Justice Democrats candidates are the opposite of this. They are working people who want to represent the needs of people like them in Congress and are enraged at the level of large corporate interests on the democratic process.

We meet Paula Jean Swearengin from West Virginia who felt mobilised to take action over the devastating impact the coal industry is having on her state. There's also St. Louis's Cori Bush, a former nurse who found herself driven to action following the events of Ferguson in 2014, where riots took place after the shooting of unarmed 18-year-old African American Michael Brown. 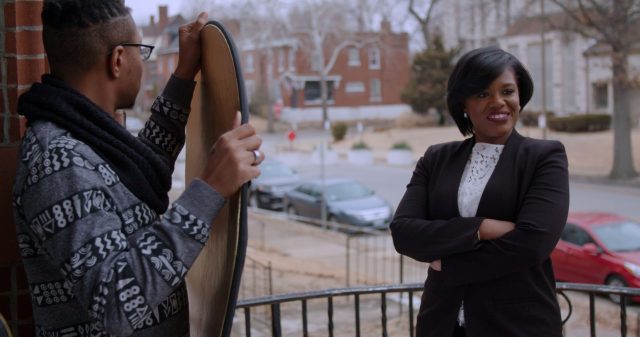 Finally, there's Amy Vilela, a single mother from Las Vegas who left an executive job and sold her house to go into politics. Amy's reasons? Her daughter was brought to hospital a few years back with a suspected blood clot. Because she could not produce insurance forms she did not get any tests and just hours later, died of a pulmonary embolism. Vilela has channelled her grief into fighting for healthcare for all, with 30,000 Americans dying each year because of no insurance.

These stories are inspirational, beyond that really, but also a stark reminder that all of our political systems, politicians and policies should not go unchecked. At one point we discover that Joe Crowley is putting financial support behind Amy Vilela's opposition's campaign. Why? Because if Amy won, it might give New Yorkers ideas when it came to his election against Ocasio-Cortez. 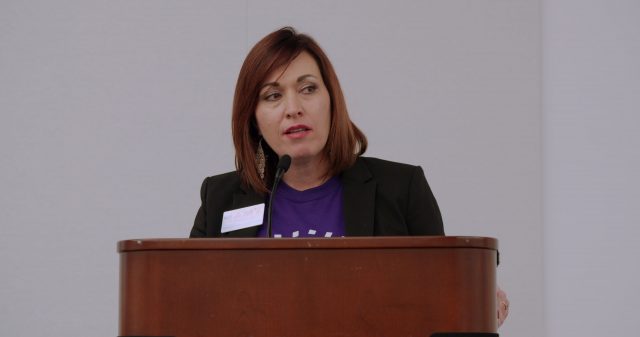 He was clearly worried and he should have been. Early on, Ocasio-Cortez points out what many were saying about her and the other Justice Democrats - how dare someone mount a challenge against someone so established? "If they're good enough, they'll win," she says. "If they're not, we will."

Ocasio-Cortez's grassroots campaign was driven by being on the ground on the streets of the Bronx going door to door but also a very smart social media strategy. Despite this, right up until the moment the polls came in last June, Crowley was the firm favourite. By now you must already know what happens. Alexandria Ocasio-Cortez wins. And 'Knock Down the House' is there with her to capture the glorious moment that she realises it.

You can see how this documentary won the Audience Award for Festival Favorite at Sundance. It's impossible not to find yourself cheering and feeling a lump in your throat at this David versus Goliath story. But also find your heart breaking with the tears of loss of those other candidates who were less fortunate.

Ocasio-Cortez gets the Hollywood ending (and no doubt her story will be told on the big screen one day) and it's this triumph that 'Knock Down the House' focuses on. Perhaps to a point of cheesiness but we will let them away with it. As Ocasio-Cortez rocks up to Capitol Hill to take up her position in Congress, you can't help but get the feeling that you are watching a little bit of history unfold.

'Knock Down the House' is available to stream on Netflix now.

'Monster Hunter' hunts for a reason to exist

'Fatherhood' is led by an impressive dramatic turn from Kevin Hart

'Luca' proves that Disney Pixar has most definitely still got it