Netflix Review: 'Klaus' is the ideal Christmas movie for all the family

Jesper's (Jason Schwartzman) self-indulgent ways and unwillingness to take up his studies at the postal academy have driven his father to his wit's end. Thus he is sent to work at a frozen island above the Arctic Circle called Smeerensburg. Jesper has to deliver 6000 letters before he can return home. But the town is divided by a feud between the Krums and the Ellingboes so letter exchanges are nonexistent. The children of the town are miserable but a ray of hope emerges when they discover a recluse on the island named Klaus (J.K. Simmons) sends toys to kids who write letters to him. Jesper realises this could be his chance to get out of Smeerensburg.

Among the many Christmas movies that Netflix is spewing out this year ('Let It Snow' hit the service in recent weeks and 'The Knight Before Christmas' is on the way) is animated feature 'Klaus'. It's a sweet, funny and tender movie that is the perfect fit for the whole family to watch together on the telly.

In terms of quality, it'd be up there with recent Christmas animation 'Arthur Chrustmas', which was a delight. It recalls Don Bluth classics like 'An American Tail' and 'A Troll In Central Park' in its animated style and characterisation. Comparisons in terms of its tone and spoiled brat protagonist can also be made with Disney's 'The Emperor's New Groove'. The fact that its director, Sergio Pablos, co-created 'Despicable Me' means quality can be expected, and that's what you get. 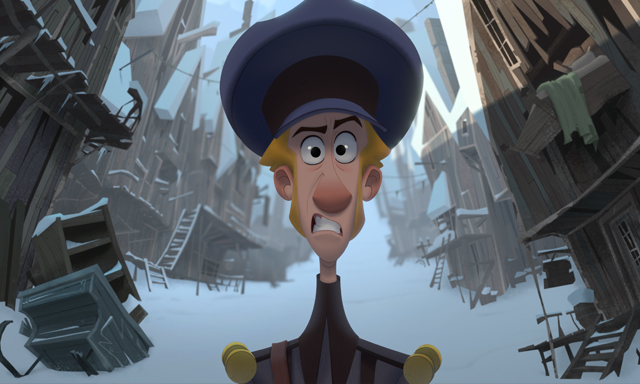 The flick boasts an impressive cast between Jason Schwartzman, J. K. Simmons, Rashida Jones and Joan Cusack. More than that though, what makes 'Klaus' work so well is its sweetness and simplicity. It throws back to the basics of what makes Christmas Christmas. Sure its indications as to the origins of Santa - how he "flies', "sees you when you're sleeping", why you get coal, the "ho ho ho" laugh, and where the elves come from - are a bit too on the nose. But sequences such as those where the children delight in playing with their toys and with one another, are lovely; your heart soars to see their joy and generosity inspire the adult townsfolk around them.

It's a simple message that a simple act of kindness always sparks another. But it's super effective and will impact young and old. The tragic backstory of Klaus will definitely get you in the feels and the resolution provides a tear-jerking moment. The villains are a bit lacking and it wouldn't be up there to the Disney standard. But generally speaking, 'Klaus' is enjoyable, touching and packed with good cheer.