Lars Erickssong (Will Ferrell) and Sigrit Ericksdottir (Rachel McAdams) have dreamed of representing their beloved Iceland in the Eurovision Song Contest, ever since seeing ABBA performing on the TV when they were little. When they grow up, their band Fire Saga, which performs in the local pub, gets the chance to perform in the competition. But when disaster after disaster strike, it seems their dream is out of reach.

When it was announced Will Ferrell would be making a Eurovision movie for Netflix back in 2018, no one was quite sure what it was going to look like. Well, this is the result. Fans of the actor will recognise his well-worn character type, which it has to be said is getting a bit sad at this stage, the middle aged guy stuck in arrested development whose parents want him to grow up. But fortunately he has a great co-star in Rachel McAdams, who is just loving getting back to her comedy roots. The two of them share this childish, innocent, playful energy that proves rather touching. You've also got Demi Lovato in there, Dan Stevens also proving very funny, and Pierce Brosnan as a "player" father. 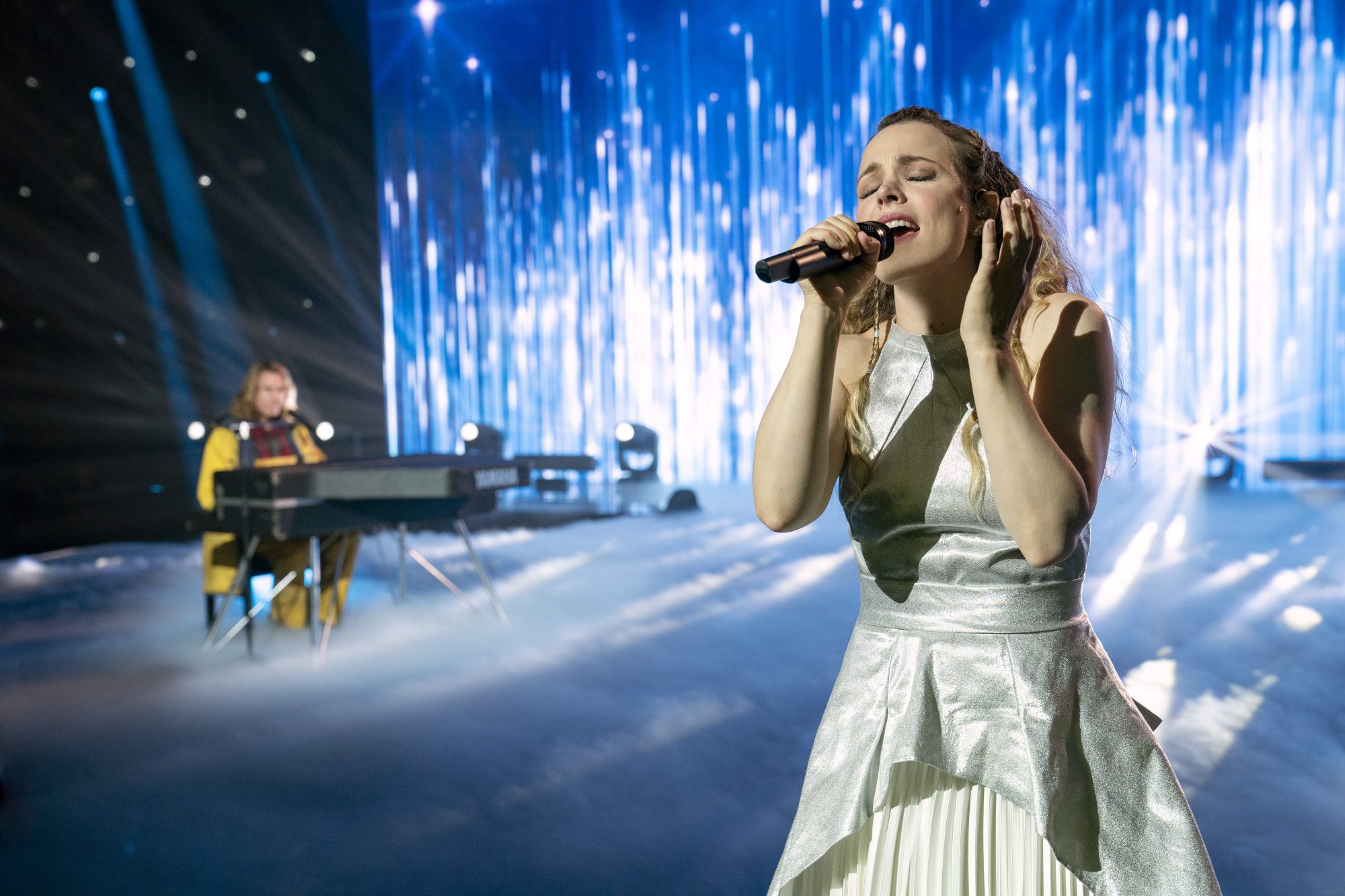 Fans of Will Ferrell should enjoy the feature but so too should Eurovision aficionados. There are jokes about the host country, the UK, as well as extravagant costumes and stage production designs which are good fun. The American view of Europeans and vice versa is well done, though Ferrell can go a bit far. Best of all is a "Song off" sequence that features quite a few familiar faces. Those who can't get enough of Eurovision will just love it.

The humour can be very random, such as the involvement of elves, but it's oddly charming and you end up invested. It's silly and cheesy, but then so too are Will Ferrell movies generally speaking. It's a bit too long, clocking in at over 2 hours, but fun and feel-good. Just a dumb, fun comedy that cynics will probably turn their nose at, but fans of its stars and the world's greatest singing competition will adore.

'Top Gun: Maverick' is a flight into fantasy