The third 'A Christmas Prince' movie is on Netflix now

Amber Moore (Rose McIver) is back for another Christmas-themed regal adventure. It's been a year since she tied the knot with King Richard (Ben Lamb) and she has taken to being queen like a duck to water. She's pregnant with their first child but before they retire for the season, she and the king have one more task to carry out.

To ensure peace between their kingdom of Aldovia and the neighbouring Penglia, King Richard and Queen Amber must sign a treaty alongside King Tai (Kevin Shen) and Queen Ming (Momo Yeung) that has passed down through generations of royals. But when the treaty is stolen, not only is war a possibility, there's a chance that a curse could befall Richard and Amber's first child!

To prepare to review 'A Christmas Prince: The Royal Baby', this reviewer watched the first two 'A Christmas Prince' Netflix movies. That's right folks, there are three of these. The first saw aspiring journalist Amber manage to sneak into employment at the palace under the guise of being a tutor for Princess Emily (Honor Kneafsey). Not only was there no thorough check of her credentials and no security to prevent her from infiltrating the royal family; she also spent a frighteningly short amount of actual screentime with the then Prince Richard (it was more about her relationship with Emily, which was actually quite sweet) before he proposed to her at the end.

Throw in a couple of dead parents, a ludicrous adoption twist and scenes stolen directly from 'Beauty and the Beast' (Richard saves Amber when she is attacked by wolves in a snow-covered forest) and 'Bridget Jones's Diary' (Richard finds Amber outside near her house at the end as the snow falls all around them), inter-spliced with some tobogganing and snow fights to emphasise "look at how much fun we're having", and you've got one very cheesy, very Christmassy movie.

'A Christmas Prince: The Royal Wedding' was much the same. Amber spends the movie complaining about having to give up her identity to be Queen (she clearly hasn't seen 'The Crown') and moaning about how much time Richard is spending away - because he's got a kingdom to run now so yeah, he's busy - only to get her way in the end anyway. There's a turn of loyalty as a deceitful cousin proves he can change and another twist where a trusted advisor turns out to have been stealing money from the kingdom; plus a dance finale where the classical wedding music turns into R&B. So more cheesy, nonsensical (but easy-to-watch) rubbish. 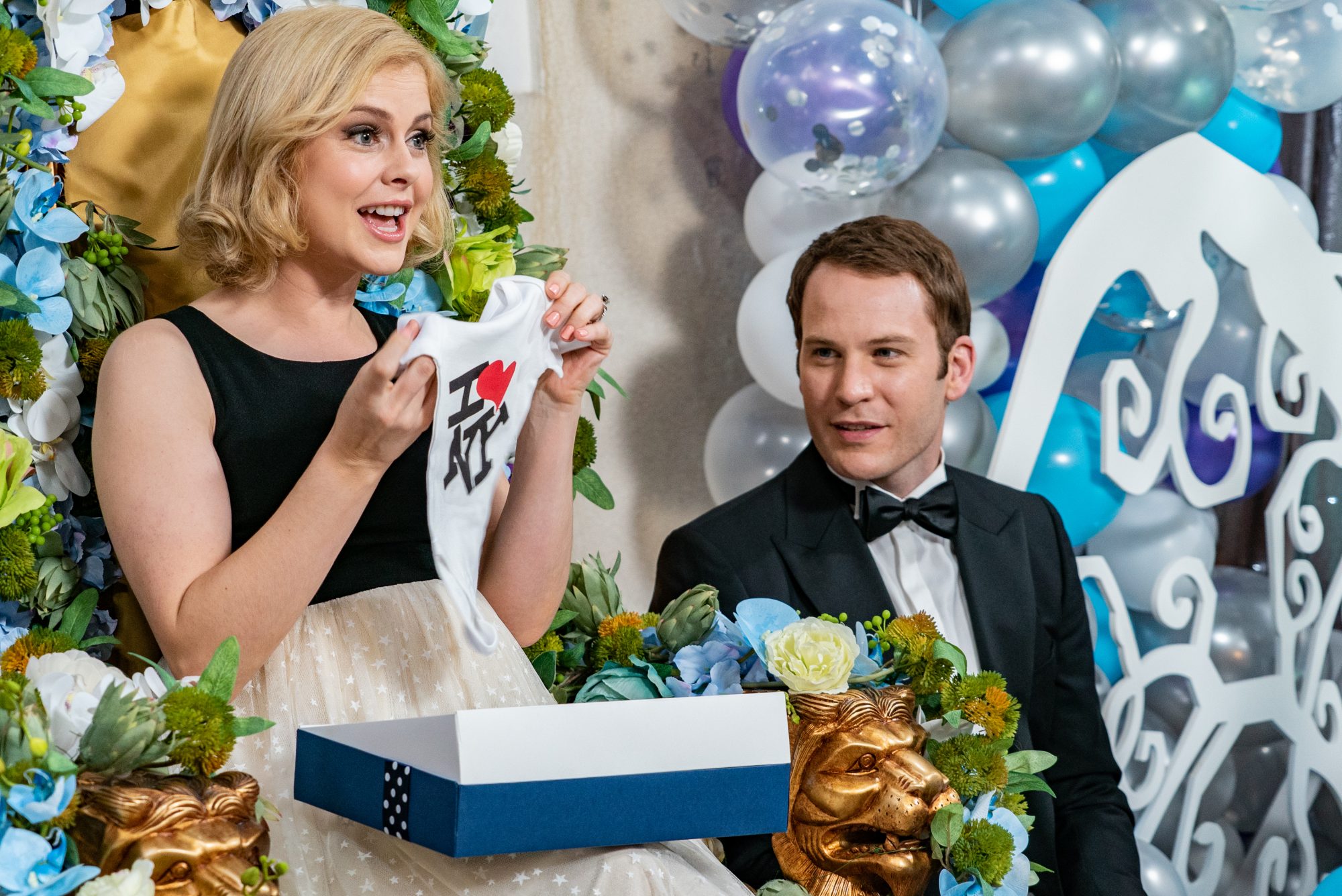 For round three, all those average in personality characters played by average actors return. Familiar faces visit, so there's that to be excited for, if you likes the first two movies, I guess.An opening montage summarising the last year shows how oh my God, amaaaazing Amber has been doing as Queen. And there's a Christmas setting, obviously, again.

Full of lame Dad jokes, including an outdated 'Game of Thrones' reference (they did not see that finale...) and lines like "Cinderella was a lot more graceful" and you'll find yourself sighing with exasperation (or guilty pleasure, if you're into it) throughout. There's that age old tradition versus modernisation feud throughout as the men try to show they'll be good fathers by umm, building a crib, while Queen Ming disapproves of Amber's idea that they as queens should sign the ancient treaty alongside the kings.

Once again, there is zero security in the palace- the treaty is easily stolen and hidden. And when it's found to be missing, the camera dramatically and unironically zooms in on everyone's shocked face. There are once again pointless Christmassy sequences including a board game and trip to the ice skating rink. It's all resolved in the end in an all-too-convenient way and everyone's just fine. Honestly, there's not much more to say. It's festive and feel-good, so deal with it.

Here are the Young Men