My name is Alexander Hamilton...

This 11-time Tony award winner and 7-time Olivier award winner depicts the life of Founding Father Alexander Hamilton (Lin-Manuel Miranda). Told across two acts, it shows how various historical figures influenced Hamilton's life, including former presidents George Washington (Christopher Jackson) and Thomas Jefferson (Daveed Diggs). It shows how the political figure immigrated to New York in 1776, where he immediately impressed with his oration skills; how he met his future wife Eliza (Phillipa Soo); became Secretary of Treasury of the US; and eventually died in a duel against Aaron Burr (Leslie Odom Jr.). Over the years, his popularity increased and waned. His heroism is questionable. What is undeniable is his complexity, and his influence.

From its initial opening off-Broadway in 2015, 'Hamilton' has been a major success. Many who wanted to get tickets to its original run couldn't. That's why this particular production of the show is so special as it includes essentially all the original Broadway cast members. This includes Miranda, who wrote the music and lyrics as well as starring in the show, as the titular man of the hour. And for all the criticism Miranda can get for his singing and acting not being as strong as his writing, he's made to play Hamilton. There's something that draws you into his performance, and he's fittingly weaselly too. What's more he's surrounded by an incredibly rich and talented cast. 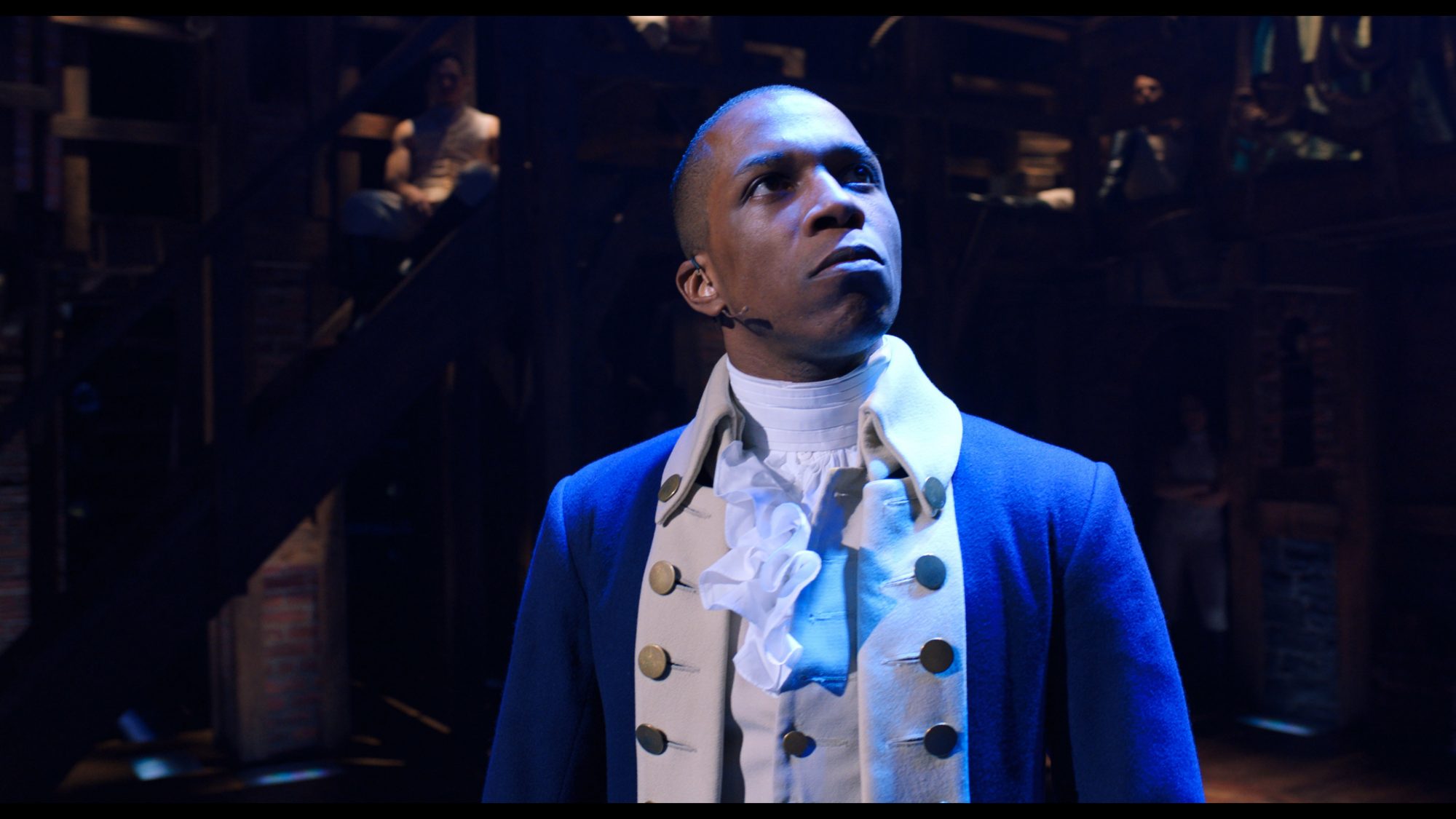 Daveed Diggs rules the stage in the dual roles of Marquis de Lafayette and Thomas Jefferson. Jonathon Groff, meanwhile, is great fun as comic relief character King George III with such numbers as "You'll Be Back". Phillipa Soo and Renée Elise Goldsberry bring an exuberance and vibrancy all their own. Their love songs "Helpless" and "Satisfied" both impress, the latter proving particularly heartbreaking as Angelica admits she too loves Hamilton, but would never tell her sister. Your heart really breaks for her, as it does for Eliza in the second act for her showstopper "Burn." Leslie Odom Jr. as Aaron Burr is another standout. Watch out for his powerhouse "Wait For It" and, on a different note, the tender duet "Dear Theodosia" opposite Miranda.

In fact, as any fan will know, it's near impossible to pick a favourite number from the production. The music and the rap form a world unto its own, which is why it's easy to see why audiences returned to 'Hamilton' over and over. The opening number "Alexander Hamilton" has you hooked in seconds. "My Shot", full of energy and fierce determination, soon follows. What's impressive too is that Act II, notoriously slower in Broadway shows, is just as fantastic as the first act. It includes the "Cabinet Meeting" rap battles, and such songs as "Say No to This", "The Room Where It Happens" and "It's Quiet Uptown." 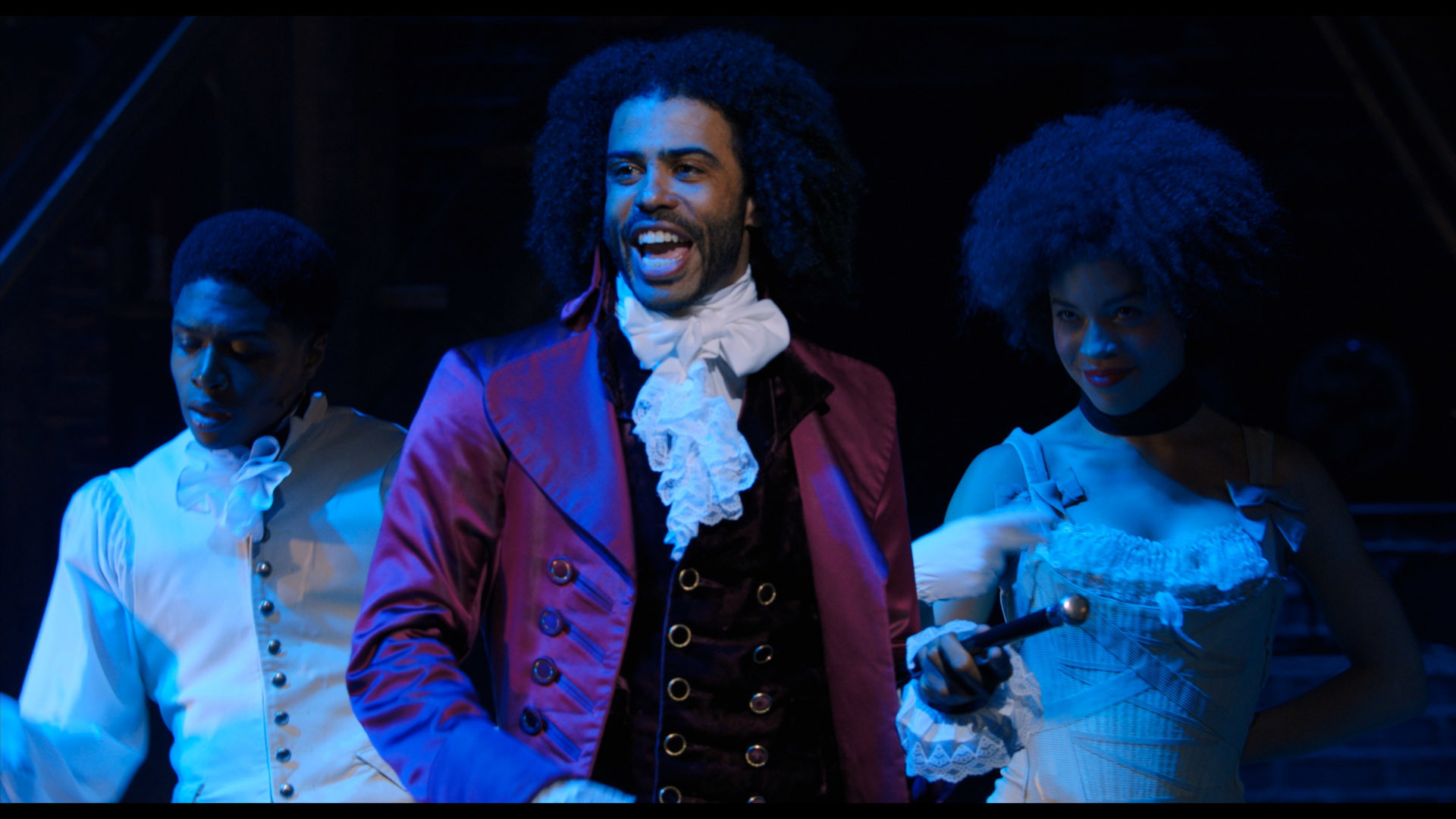 The costume and production design are simple yet effective. Moreover, the cinematography is very good, which is important as it can't be easy to capture such a dynamic stage production. You hear audience reactions but it's never distracting. In fact, the applause and laughter become quite pleasant. One thing that is worth noting is its length. At 2 hours 40 minutes, it's a typical Broadway show length, but that is long. There are a lot of events and one can get a bit lost if you're unfamiliar with American history. Still, 'Hamilton' depicts politics and history in a way you've never seen and if desired, it's easy to just get lost in the music and spectacle alone.

To give you further context and reason to love 'Hamilton', it was initially set to hit cinemas in October 2021. Then it was moved up and released digitally by Disney (who bought the rights, beating out Netflix and other platforms to the prize). Part of the reasoning was that in current circumstances, Broadway theatre productions are unlikely to reopen in 2020. Thus it serves as a love letter to theatre. The release is also in line with, of course, the American national holiday of Independence Day. As for the timing with the Black Lives Matter movement, that has been purely coincidental. These things happen but it is a welcome accident, for its end message of calling to action is made all the more poignant.