What is 'Parasite' and why is it a big deal?

It's been sweeping up accolades all over

You've probably heard a lot of buzz around this movie 'Parasite', right? Especially given it's been sweeping up awards.

'Parasite' is nominated for six Oscars at this weekend's awards ceremony. It has already won a Golden Globe, two BAFTAs and two Critics Choice Awards. At the recent Screen Actors Guild Awards, it became the first non-English film to win the prestigious Best Ensemble Cast prize.

Indeed it was an awards ceremony going further back that initially brought it to the movie industry's attention. At the Cannes Film Festival, it took home the Palme D'Or after an unanimous vote.

Since then it's been in several best of lists and has accomplished numerous firsts for Korean cinema.

So what is it about 'Parasite' that has everyone so invested?

While the cast will be unrecognisable to a western audience, director-writer Bong Joon-ho will be slightly more familiar.

His preceding films 'Memories of Murder', 'Mother' (not the Jennifer Lawrence one) and 'The Host' (not the Saoirse Ronan one) found success among critics and at the box office. However none have translated to as wide an audience as 'Parasite'.

It is strangely enveloping and genuinely hilarious while making a powerful commentary on the state of modern Korea and the wider world.

Thus its appeal stretches to not only how clever it is and its artistic merits; it is also a fine piece of entertainment.

Story-wise, we're essentially following two families - the Kims, who struggle with their finances and live in a small semi-basement apartment; and the Parks, who are wealthy and neurotic, and live in a lavish modern house.

Ki-woo, the son of the former clan, is given an opportunity by his friend to pose as an English tutor for the daughter of the Park family. All he has to do is pose as a university student and make some fake documentation, with the help of his sister, Ki-jeong.

Soon Ki-jeong gets an opportunity to work in the household too as the Park matriarch, Yeon-kyo, wants her son to see an art therapist. Gradually the Kim father and mother also infiltrate and get work in the household, all the while pretending they're highly qualified and not related to one another.

Where the movie goes after that is exhilarating and shocking; as musing as it is amusing. 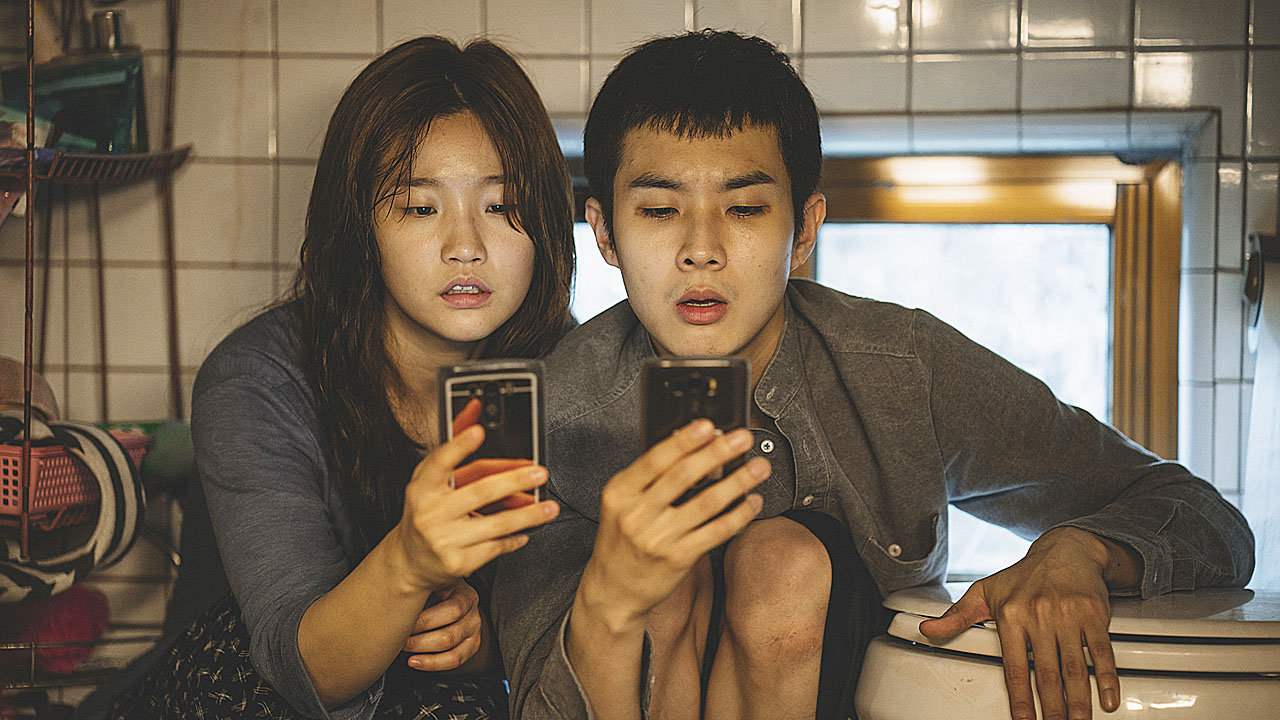 One wouldn't want to give the game away but suffice to say 'Parasite' is quite unlike any other movie you've seen.

And while it's very much a critique of contemporary South Korea, its exploration of family dynamics, and what it means to be a fraud; its examination of neuroses, faking it til you make it, class and the rich versus poor divide; make it universal and palpable.

It's a visionary movie you can talk about for days after seeing. Having hit more international markets already, it finally lands in Irish cinemas this Friday, 7 February.