'Vox Lux' is only 30-year-old director Brady Corbet's third movie for him to helm; he also directed the 2015 drama starring Liam Cunningham, 'The Childhood of a Leader'. Prior to this, he was an actor, making his film debut in Catherine Hardwicke's 'Thirteen'.

The new trailer for Corbet's film sees Portman play pop star Celeste, who sings the Sia original while attending a funeral. The film will follow the rise of her pop status, and then jump 18 years later where the singer "finds herself on the comeback trail."

Jude Law also makes an appearance in the trailer, as Celeste's manager.

Singer and songwriter Sia is believed to have penned a number of original new songs for the upcoming film, joining forces with Greg Kurstin. Kurstin co-wrote Adele's little known hit 'Hello,' so anticipation for the movie has just gone up a gear. 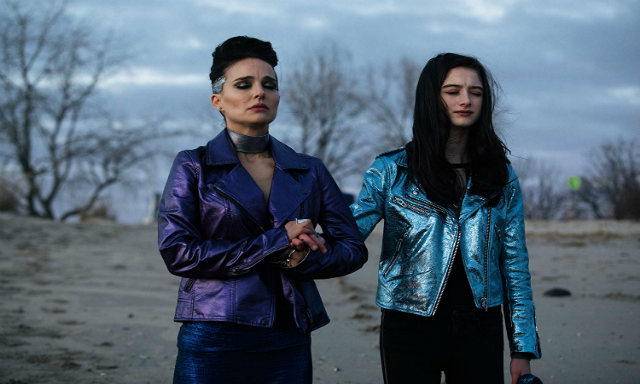 The official film synopsis of 'Vox Lux' is as follows: "Celeste is a 13-year-old music prodigy who survives a horrific school shooting in Staten Island, N.Y., in 1999. Her talent shines through during the memorial service when she sings a song that touches the hearts of the mourners. Guided by her sister and a talent manager, the young phenom transforms into a rising pop star with a promising future. Eighteen years later, Celeste now finds herself on the comeback trail when a scandal, personal struggles and the pitfalls of fame threaten her career."

'Vox Lux' opens to a limited release in The States on December 7th, but Irish audiences will have to wait until 2019 before it heads over here.