It hits Irish theatres this summer

'The French Dispatch', which is the latest movie from Wes Anderson, now has a trailer.

Movie fans will know Wes Anderson as the writerdirector behind such delightful flicks as 'Moonrise Kingdom'; 'Isle of Dogs'; 'The Royal Tenenbaums'; 'Fantastic Mr. Fox'; 'The Life Aquatic with Steve Zissou'; 'Rushmore'; 'Bottle Rocket'; 'The Darjeeling Limited'; and 'The Grand Budapest Hotel'.

He returns to live-action for his latest effort, though animated aesthetics seem to play some influence. He also returns to a period setting in Europe, and has a heel of a cast once more.

The official synopsis reads: "'The French Dispatch' brings to life a collection of stories from the final issue of an American magazine published in a fictional 20th-century French city."

'The French Dispatch' arrives in Irish cinemas on August 28th, 2020.

Check out the poster and trailer here. 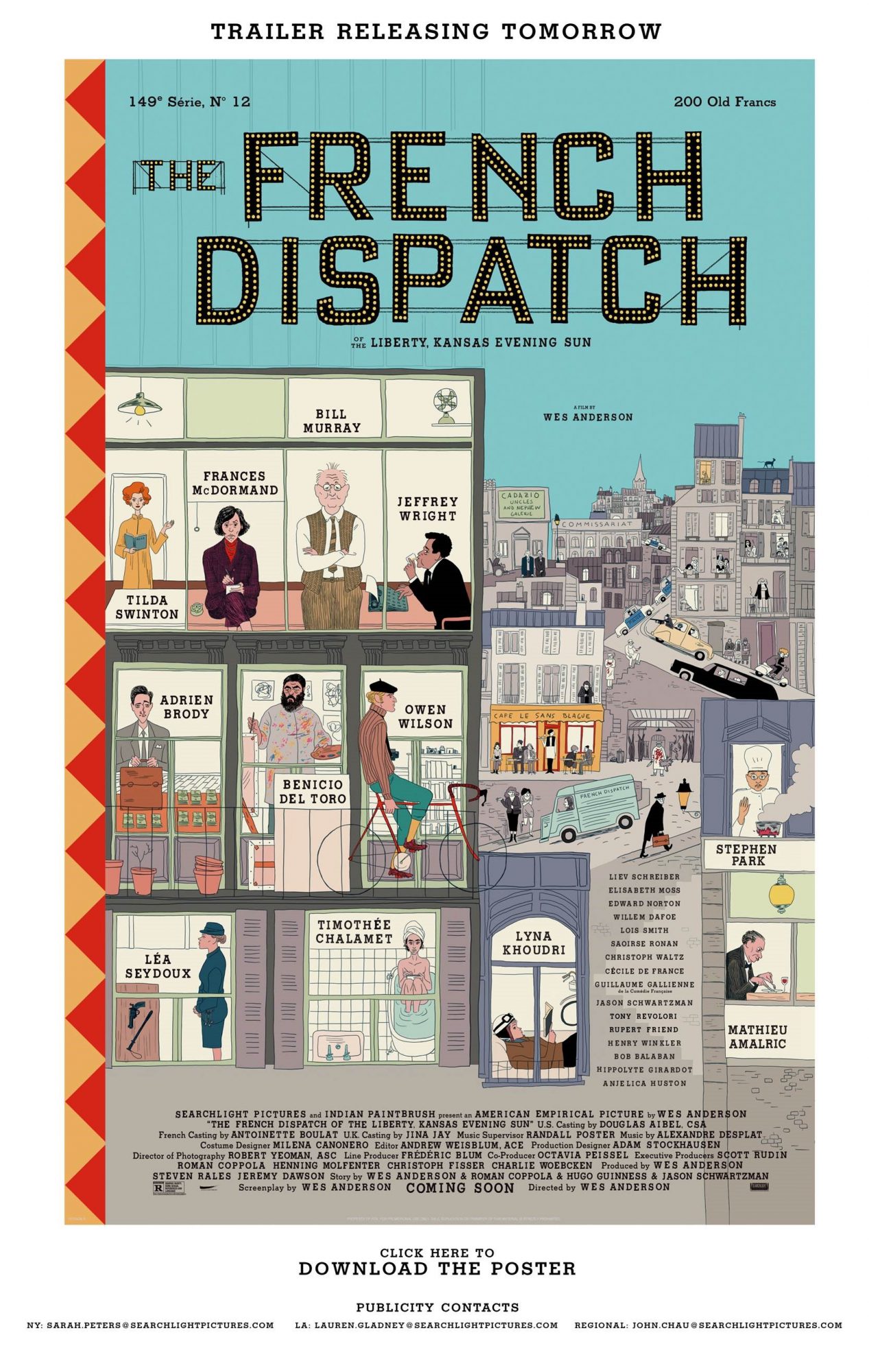