The cast of Dirty Dancing: Where are they now?

You might think back to Dirty Dancing and remember it as a saucy, steamy film about dancing and Patrick Swayze's abs, but there was a real, dramatic storyline going on.

You had illegal abortions, Ayn Rand and class structures in 1960's America - it wasn't just two hours of that Lover Boy scene, y'know...

With Dirty Dancing being an instant success, it galvanised Swayze's status in the late 80's and early 90's as a heart-throb and even gained him a Golden Globe nomination for Best Actor for the role of Johnny Castle. He went on to star in cheesy-classics Road House, Ghost and our favourite, Point Break. As well as this, Swayze was a keen breeder of Arabian horses and put his career on hiatus during the 90's to devote his time to his. However, in late 2008, he was diagnosed with pancreatic cancer and died shortly after. He was survived by his wife of 35 years, Lisa Niemi-Swayze. 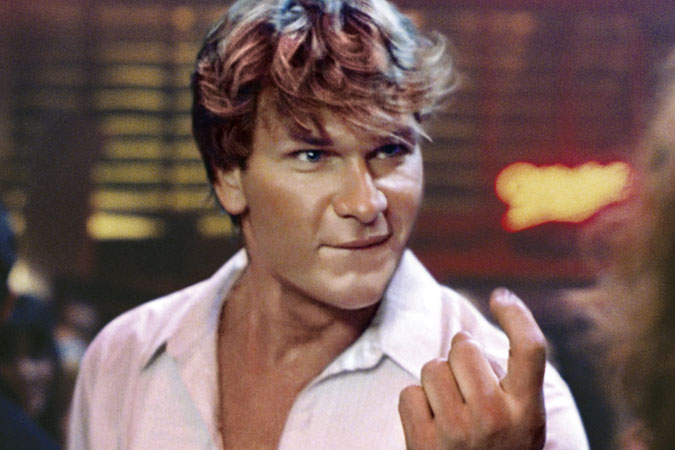 After the huge success of Dirty Dancing, Jennifer Grey's career seemed to catapult her straight into the A-List. For some reason, however, it just didn't happen for her. Why's that, you ask? In 1989, two years after Dirty Dancing was released, she had plastic surgery on her nose - which, by all accounts, was a complete success. It did, however, render her almost unrecognisable as her nose was one of the most recognisable features of her face. She's admitted as much in many interviews, too. Her most well-known acting role since Dirty Dancing was playing Mindy in Friends, Rachel's best friend who would later marry her almost-husband, Barry. She was, however, a contestant and then later a judge on US Strictly Come Dancing and also starred in Amazon's cracking '80s-set comedy, Red Oaks. Fun fact - she's also married to Agent Coulson from Agents of SHIELD.

Although his role in Dirty Dancing would you have believing he hated music and dancing, Jerry Orbach made his early career on Broadway musicals and is more well-known to US audiences as a singer / dancer than anything else. His best-known roles since Dirty Dancing were TV's Law & Order where he played Detective Lennie Briscoe and Disney's Beauty & The Beast where he played Lumiere - that's the candle. Orbach passed away in 2004 at the age of 69.

Playing Penny, the young dance partner who becomes pregnant and has an illegal abortion, was Cynthia Rhodes' biggest on-screen role. She starred in another '80s cultural phenomenon, Flashdance, and was married to power-ballad king Richard Marx until quite recently. Her last film role was in 1991 for Curse of the Crystal Eye, a straight-to-video Indian Jones rip-off. Instead, Rhodes made her career out of dancing and dance instruction, appearing in a number of music videos down through the years.

Although younger people may only know her as Emily Gilmore from Gilmore Girls, Kelly Bishop played Baby's mother in Dirty Dancing. Most recently, she turned up in an episode of The Good Wife and short-lived drama series Bunheads. She's also coming back for Netflix's reboot of Gilmore Girls, too.

Playing Baby's sister, actress Jane Brucker had a number of small roles in TV shows throughout the 90's, including Ellen and Doctor Doctor. As of now, her last feature film role was in 2006 in a TV movie with Luke Perry called Dishdogz, so we're guessing she's retired from acting.

Although he has a small but pivotal role in the film - he's the guy who was carrying watermelons to the party where Baby meets Johnny first the first time - Neal Jones has had a pretty respectable career post-Dirty Dancing. Jones starred in the fantastic HBO miniseries Generation Kill as Major John Sixta and had a recurring role in Dennis Leary's firefighter dramedy, Rescue Me.