Melissa McCarthy was asked about her "tremendous size" in an interview

The actress was also called "grotesque" and "sloppy" in past interviews

Melissa McCarthy is currently promoting her new film, 'Can You Ever Forgive Me?' She received a Golden Globe and Oscar nomination for her performance.

Speaking to In Style magazine about double standards in Hollywood, McCarthy talked about an interview she did while on the promotion trail for 'Bridesmaids.' An interviewer "kept asking" if she was "shocked" that she gets work in the industry with her "tremendous size."

She said: "I just remember all the blood drained out of me. I thought, “With my tremendous size, I could tackle you so quickly.”

"There were two cameras on him, and one was on me, and he went back to that question three or four times, and I just kept talking about the script or how fun Paul Feig was. He was looking around like, “She’s crazy.”

"When we left, their producer was horrified and said, “We’ll never play what he said. I’m so sorry.”"

She added: "it happens all the time, to the point where it’s fascinating because they don’t do it to men. Not to be a jerk or single him out, but when John Goodman was heavier, did anybody ever talk about his girth?"

McCarthy noted that the interviewer, who she didn't name, got fired later for a conversation he had on a bus. 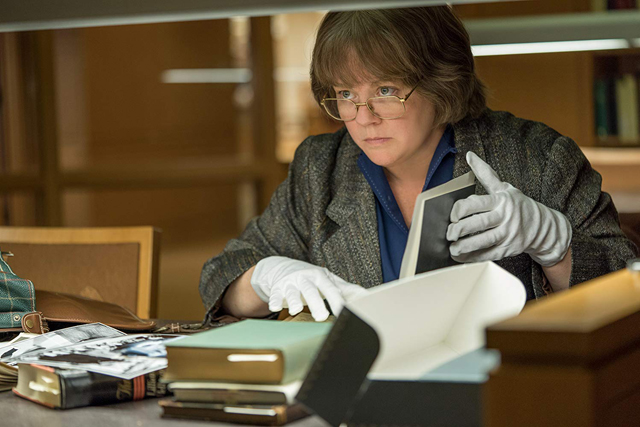 This wasn't the only occasion where the actress was treated with contempt either. In a conference interview for 'Tammy' or 'The Heat' with about a hundred attendees, someone asked why she she “always feel[s] the need to be so grotesque.”

"I said, “What are we talking about? I can’t answer your question because I don’t understand it.”

"He goes, “You look sloppy, you’re not wearing any makeup, your hair is not done, you’re yelling at people.”

"I was like, “OK, so have you ever asked this of a guy? I’m playing a character. You need to get out more if you don’t think there are real women like that.”

"He goes, “Oh, fine, I’m aggressive, call it whatever you want. If you don’t want to answer the questions, you shouldn’t come to the panel.”