Could this be our young Morpheus?

The 'Matrix' sequel that no one wants seems to be indeed going ahead. Its first new cast member is attached.

As reported last month, Keanu Reeves will reprise the role of Neo while Carrie-Anne Moss returns as Trinity for the latest 'Matrix' installment.

Lana Wachowski, co-creator and co-director of the franchise with her sister Lilly, will direct. She also writes the script alongside sci-fi authors David Mitchell ('Cloud Atlas' - the film adaptation of which was also directed by the Wachowskis) and Aleksandor Hemon.

It now looks like 'Aquaman' star Yahya Abdul-Mateen II has landed one of the lead roles.

Sources tell Variety that director Lana Wachowski met with actors for the secret role over the last week. Abdul-Mateen emerged as the frontrunner in recent days.

The film is expected to begin production at the beginning of 2020 but plot details are currently unknown. 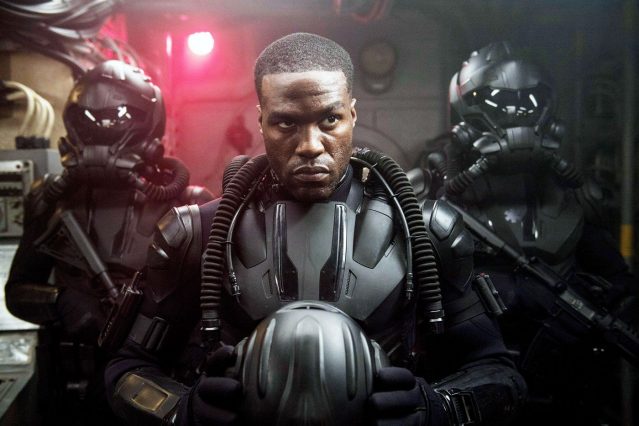 It was rumored a young Morpheus could appear in the movie but Abdul-Mateen’s specific role remains unconfirmed.

Aside from 'Aquaman', Abdul-Mateen starred in Jordan Peele’s 'Us' and in an episode of 'Black Mirror'. He will appear as Cal Abar in HBO’s 'Watchmen' TV series.

Other upcoming roles for the actor include Netflix drama 'All Day and a Night' and playing the title role in the Peele-produced remake of 'Candyman'. He'll play Black Panther co-founder Bobby Seale in Aaron Sorkin’s 'The Trial of the Chicago 7'.

Battle of the Bonds: Timothy Dalton

Battle of the Bonds: Roger Moore