Even though one already exists...

The actress turned MTV reality show sat down with Variety ahead of her new show Lindsay Lohan ’s Beach Club. The series premieres tonight and chronicles her life in Mykonos.

During the interview Lohan talked about leaving past mistakes behind, working as a woman in Hollywood and being harassed by paparazzi.

Regarding her acting career, she revealed that she has only ever really auditioned for 'The Parent Trap'. She said she "would be terrified to audition," continuing: "I think I would freeze. My agent asked me to read for something, and I was like, “I can’t.” I would panic. It’s such a different experience. I don’t think I could do it."

In the future, she'd like to work with Martin Scorsese and Steven Spielberg. She'd also love to play Ariel in a live-action remake of 'The Little Mermaid.' 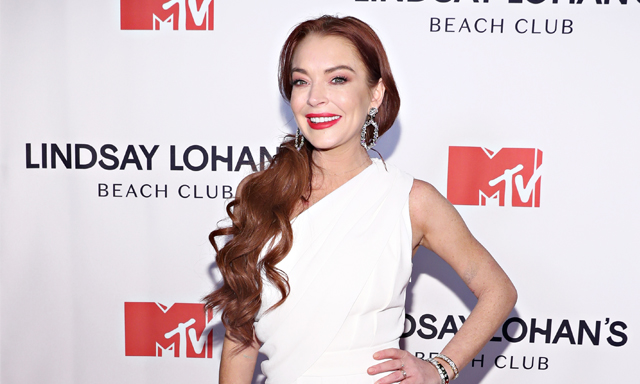 As for whether a Mean Girls sequel could be on the cards, Lindsay Lohan was more than enthusiastic.

She said: "If anyone has asked for this more than I have, please tell me. I’ve said it so many times, and so many people have asked me, and I think we’d have so much fun doing it. Tina [Fey] and Lorne [Michaels] are so amazing, and to bring everyone back together would be great. Last time I was in New York, I went up to Lorne, and I was like, “Please!” It’s in their hands."

Lohan previously revealed that she wrote a treatment for the film in which the characters are grown-up housewives, and even pitched it to Fey.

When asked would everyone have to come back for the sequel, she told Variety: "I don’t know what else you could do, unless someone is killed off, but that would not be Mean Girls. It has to be everyone."

Lohan also shared some memories from the Mean Girls set which you can watch below:

Lindsay Lohan "would love to do" a #MeanGirls sequel https://t.co/ckOzl7i8GS pic.twitter.com/wZm3U9WVva

As it happens, there actually is a Mean Girls 2 in existence (Meadows reprises his role as Principal Ron Duvall from the original film) but we don't like to talk about it...