Harry Styles has gotten his first rave review for his performance in 'Don't Worry Darling'. It comes from the director of the film, and his rumoured girlfriend, Olivia Wilde.

Wilde was first linked romantically with Harry Styles back in January when they were spotted holding hands at his manager's wedding.

Ali recently revealed on Instagram stories that shooting for the movie has now been completed.

He shared a picture of the cast together on his stories, captioning the images "That's a wrap!" 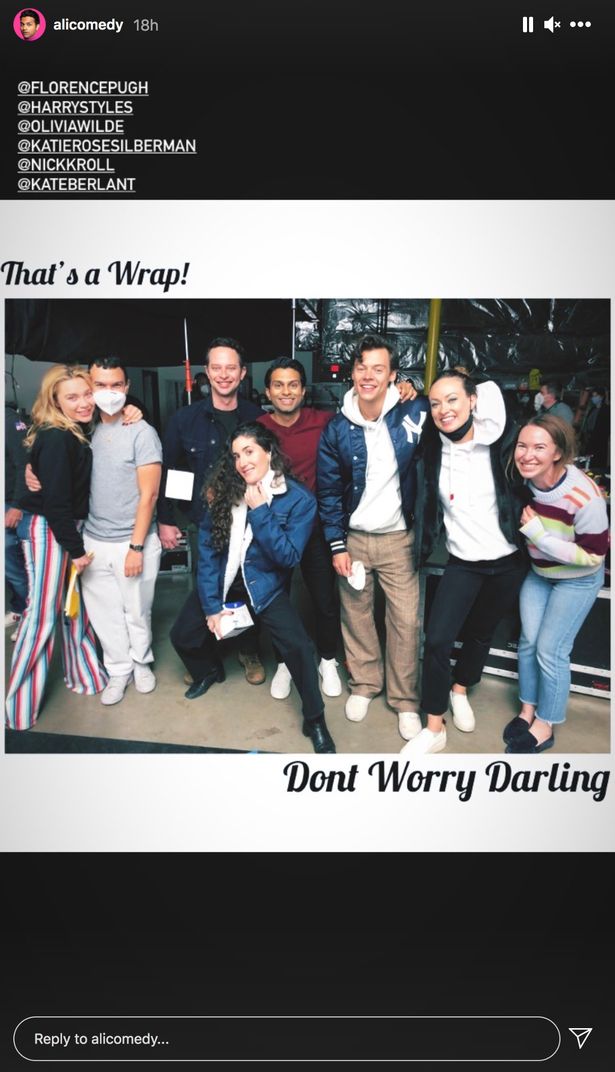 She wrote that the singer-actor "infused every scene with a nuanced sense of humanity."

She also said that he "blew us away every day with his talent, warmth, and ability to drive backwards."

Her comment about "male actors [not wanting] to play supporting roles in female-led films" because they "believe it lessens their power", may also be a gesture to the fact that Styles replaced Shia LaBeouf on the feature due to misconduct on set.

"The industry has raised them to believe it lessens their power (i.e financial value) to accept these roles, which is one of the reasons it’s so hard to get financing for movies focusing on female stories.

"No joke, it is harrrrrd to find actors who recognize why it might be worth it to allow for a woman to hold the spotlight.

"Not only did he relish the opportunity to allow for the brilliant @florencepugh to hold center stage as our “Alice”, but he infused every scene with a nuanced sense of humanity.

"He didn’t have to join our circus, but he jumped on board with humility and grace, and blew us away every day with his talent, warmth, and ability to drive backwards."

Ozzy and Sharon Osbourne big screen biopic in the works

The trailer for new Michael Bay movie 'Ambulance' has arrived