Tarantino's ninth movie, 'Once Upon A Time In Hollywood', hits cinemas this summer.

If the man is to be believed, 'Once Upon A Time In Hollywood' will be Quentin Tarantino's penultimate movie.

His tenth and final movie will be - again, we're taking him at his word here - will be the long-awaited 'Star Trek' movie he's been threatening to do for years. Leaving aside that weirdness for a moment, 'Once Upon A Time In Hollywood' feels like vintage Tarantino.

We're talking 'Pulp Fiction', 'Jackie Brown'-era Tarantino, set in Los Angeles and all with that tinge of weirdness he brings to the screen.

Here's everything we know so far.

IT'S ABOUT THE MANSON MURDERS, ISN'T IT?

The movie is set during the summer of 1969, when the Manson Family carried out their crimes that involved the murder of Sharon Tate and features her - played by Margot Robbie - as a central character. Charles Manson is also a character in the movie, but Tarantino has said that the movie is not specifically about the murders, but more running concurrently to the main story. 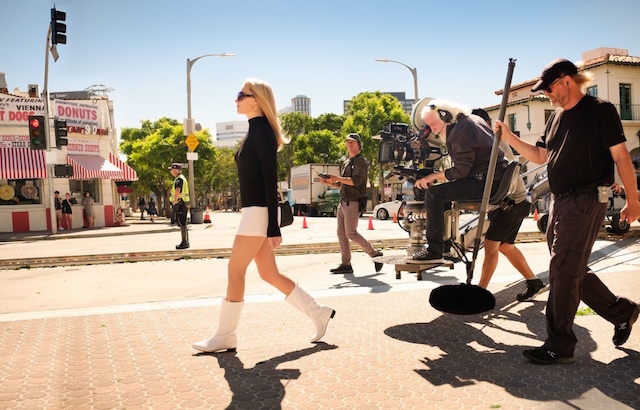 The main story, as far as we can tell, follows a struggling actor (Leonoardo DiCaprio) and his stunt double (Brad Pitt) who tried to transition from TV to movies, and is now considering leaving Los Angeles behind and moving to Italy to join the various spaghetti Westerns being produced there. DiCaprio's character, Rick Dalton, lives next door to Sharon Tate.

The official synopsis states the two actors, Rick Dalton and Pitt's Cliff Booth, "embark on an odyssey to make a name for themselves in the film industry."

Take form that what you will.

ASIDE FROM LEONARDO DICAPRIO, BRAD PITT AND MARGOT ROBBIE, WHO ELSE IS IN IT?

Kurt Russell will have a role, as will Tim Roth, Michael Madsen, Timothy Olyphant, James Marsden, and Rumer Willis.

Damian Lewis will be playing Steve McQueen, whilst Al Pacino is playing a fictional talent agent called Marvin Shwarz which Tarantino said was written specifically for him. Lena Dunham and Dakota Fanning play members of the Manson Family, whilst Scoot McNairy plays a character on the TV show DiCaprio's character starred in.

WHO'S GOING TO PLAY CHARLES MANSON?

Australian actor Damon Harriman will play Manson, and just for a touch of weirdness, he'll also be playing the same character in the upcoming second season of Netflix's true-crime series, 'Mindhunter'.

SO WHY WILL BE IT MORE LIKE 'PULP FICTION' THAN, SAY, 'KILL BILL' OR 'INGLORIOUS BASTERDS'?

In an interview during the promotion for 'Kill Bill', Tarantino described it as broadly as the movie characters would go see in his other movies. In other words, the likes of 'Kill Bill', 'Inglorious Basterds' and 'Django Unchained' sort of exist in their world. Think of it like 'Inception' - they're movies within movies. 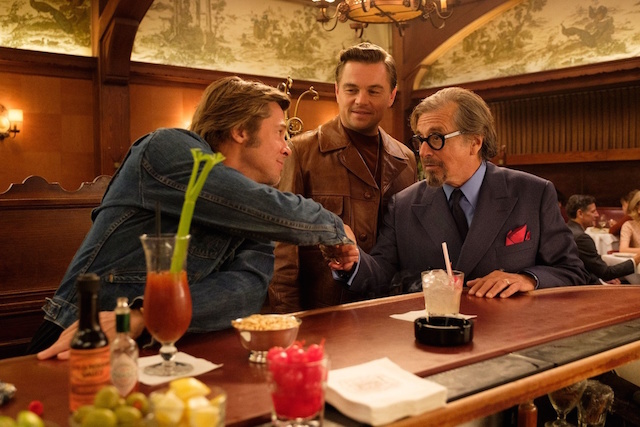 Anyways, 'Once Upon A Time In Hollywood' is more like 'Pulp Fiction' in that this is more closer to reality, if you like, than anything he's done in years - all of which is why people are comparing it to that and 'Jackie Brown', if that makes sense.

WAS TOM CRUISE INVOLVED AT ONE POINT?

Yes, The Cruiser was apparently very close to taking Brad Pitt's role, but had to back out as it would have clashed with filming for 'Top Gun: Maverick'.

SO, IF SHARON TATE IS A CHARACTER IN THE STORY, IS ROMAN POLANSKI INVOLVED IN ANY WAY?

No, Tarantino said that he did not consult with Roman Polanski on any part of the movie. Roman Polanski, it should be pointed, is a character in the movie and will be played by Polish actor Rafał Zawierucha. 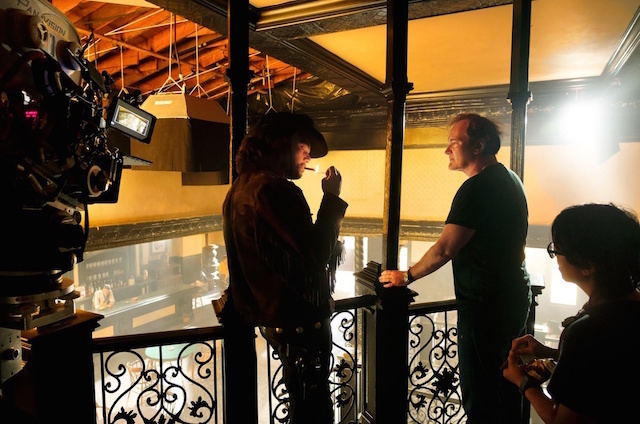 Instead, Tarantino met with Debra Tate, Sharon Tate's sister, and discussed the movie with her. According to TMZ, she then gave Tarantino her blessing on the movie, saying that it was "not what people would expect it to be when you combine the Tarantino and Manson names."

Margot Robbie also confirmed that she did not consult Roman Polanski concerning her performance of Sharon Tate.

WASN'T THE ORIGINAL RELEASE DATE THE 50th ANNIVERSARY OF THE TATE-LABIANCA MURDERS?

Yes, that's correct. The original release date was August 9th, 2019 - which would have made it 50 years to the day since the murders took place. Instead, the release date was brought forward to July 26th, 2019.

SO WHERE'S THE TRAILER?

That's a good question. By rights, there should be one any day now. The fact that there's only been a few images from the movie so far means that they could likely be holding it off to build interest. There's no word on when a trailer is due, but expect it to land online pretty soon.

WHEN IT'S OUT IN IRELAND?

'Once Upon A Time In Hollywood' has a release date set in Ireland for July 26th.