The trailer for the film was also released over the weekend.

Reviews for the film so far praise Zac Efron in the role of Ted Bundy.

“As Bundy, [Efron] ruthlessly weaponises the boyish charm that’s propelled much of his career, slyly convincing us of the spell he cast, not only on Liz but the many other women who were fighting his corner, sure of his innocence.”

Chris Evangelista of Slash Film said that Efron “nails down the part in an absolutely eerie way.”

"Efron takes on Bundy’s mannerisms perfectly, to the point where it no longer feels like we’re watching Efron – we’re watching Bundy resurrected from the grave."

Adam Chitwood from Collider said this is Efron’s “best performance of his career thus far.”

“He imbues Bundy with an undeniable charm and likability, but never tipping the scales into glorifying the man. What’s brilliant about Efron’s performance is how he subtly lets the audience in on the façade that Bundy s putting up. You can see he’s charming, sure, but you can also tell that hiding right underneath that smirk is a wealth of anxiety and anger.” 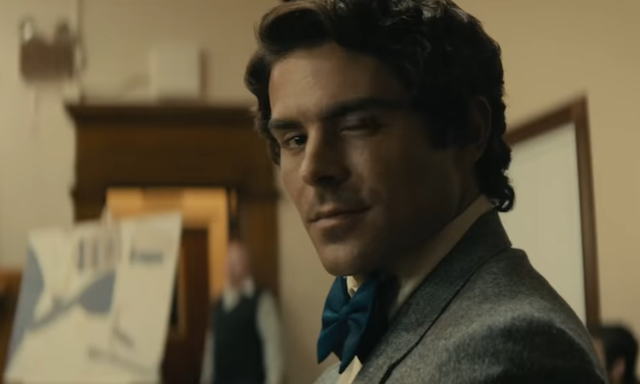 Critics did aim at the movie's wandering from Liz's point of view.

Lee found the film "drab", and that there was little to grasp audiences other than Efron's performance.

Little White Lies' review found that the film "only scratches the surface of its subject."

The Playlist's Rodrigo Perez was especially harsh. He said that the movie "rings hollow and false". Perez added: "[it] is really just as interested in the sensational and salacious as any other reductive thriller."

There is no Irish release date for the movie yet but we'll keep you posted.