The 10 best sci-fi movie posters of all time

For every considered, artistic piece of the '60s or '70s, there's the exact opposite in the same era to cancel it out. In fact, more than any other genre, it's suffered from some of the ropiest cliches out there.

By the same token, some of the greatest and most iconic movie posters ever made have been for sci-fi movies. 'Star Wars', from 1977, obviously reigns supreme as the quintessential blockbuster movie poster and it's easy to see why.

It's got a killer moon, space fighters flying to attack it, an evil helmeted villain behind it all, big writing telling you all you need to know - it's there for all to see and take in. Compare that to something like 'Altered States', and you see that a poster can reflect just as much as a trailer can in a movie - maybe even more so.

Here's our ten choices of the best sci-fi movie posters ever designed.

Designed by John Solie, this garish and comically frightening poster for 'Soylent Green' speaks to the frenzied, manic tone of the movie. People literally being shovelled into the air as Charlton Heston dashes towards the viewer. 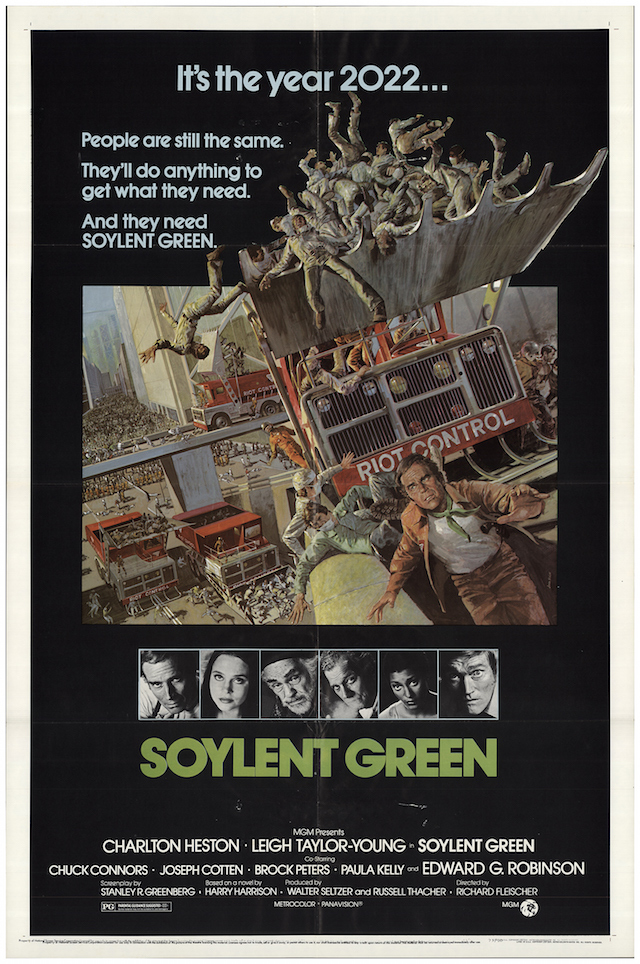 Like the movie itself, there's nothing terribly subtle about this piece painted (yes, it's hand painted, not a photo) by Mike Bryan. Indeed, there's no hint of the satire infused within the movie, of how fiendishly it skewered American culture, in the poster. Yet for all that it doesn't say about the movie, this stands tall as the rip-roaring, all-action sci-fi blast we know and love. 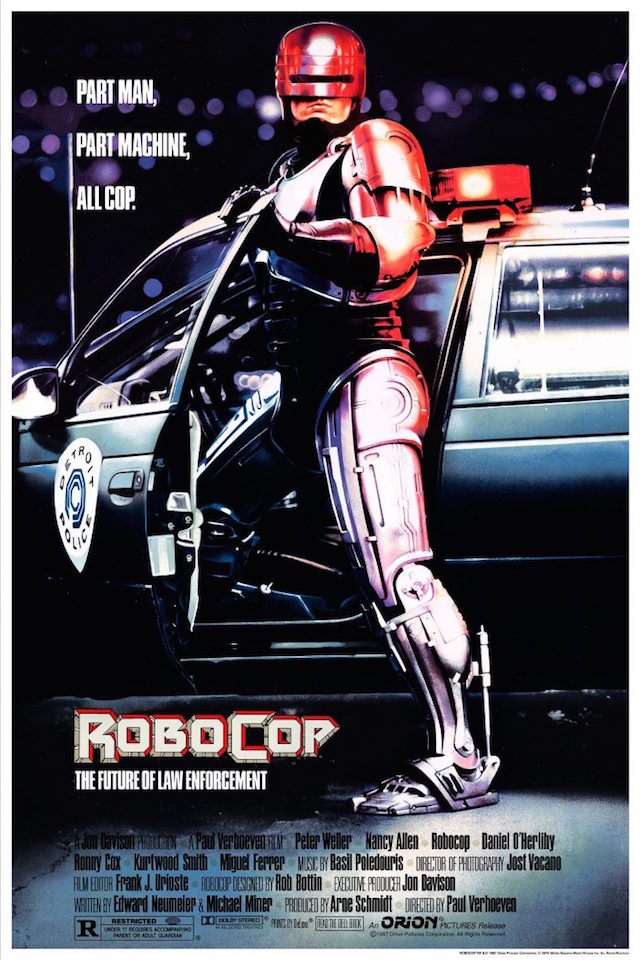 Anyone's who seen '2001' will know that the movie, while as painstakingly made as it was, is one of those movies that's remembered for a few scenes and moments. Obviously, the opening scene with the apes and the bone throw. There's HAL freaking out and cutting off the air to everyone aboard the ship, and finally, the trip through the stars where the all-American astronaut David Bowman becomes the reincarnate star-child on this poster. The story goes that Kubrick, when he became aware that people were taking LSD and acid and then watching '2001', ordered a new poster to be made to acknowledge the trend. This is what they came back with. 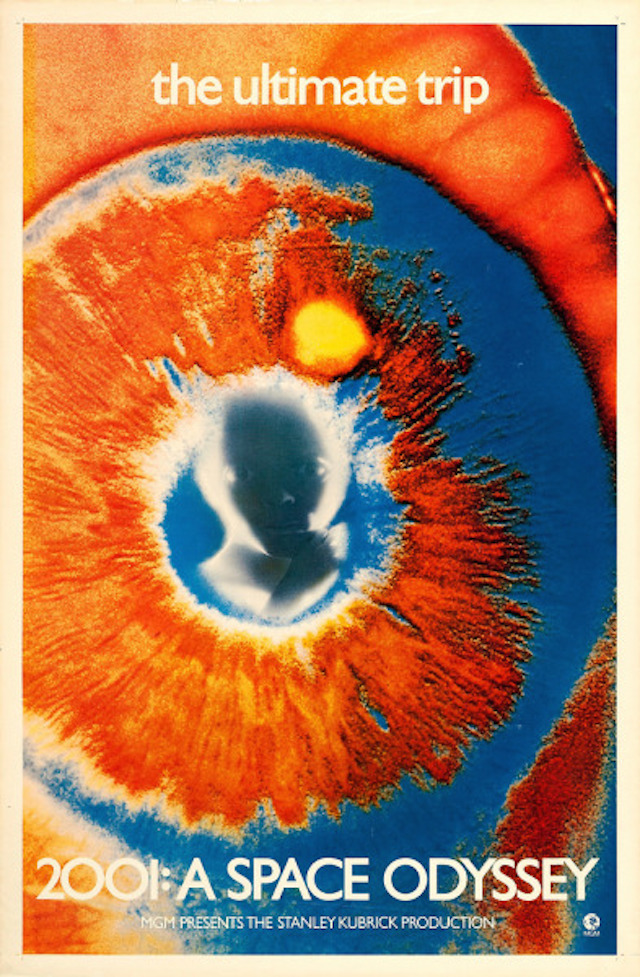 At the time of its release, 'Akira' had a budget that was unrivaled in anime movies and was closer to Hollywood budgets. Director Katsuhiro Otomo, who wrote the original manga comic series, was offered close to ¥1.1 billion to make the movie he wanted to make, and had unprecedented control over its production - even down to lifting this poster straight from the pages of his manga and transposing it to the medium of posters. The results speak for themselves. 'Akira' is considered one of the greatest examples of sci-fi animation and this poster is instantly recognisable and associated with it. 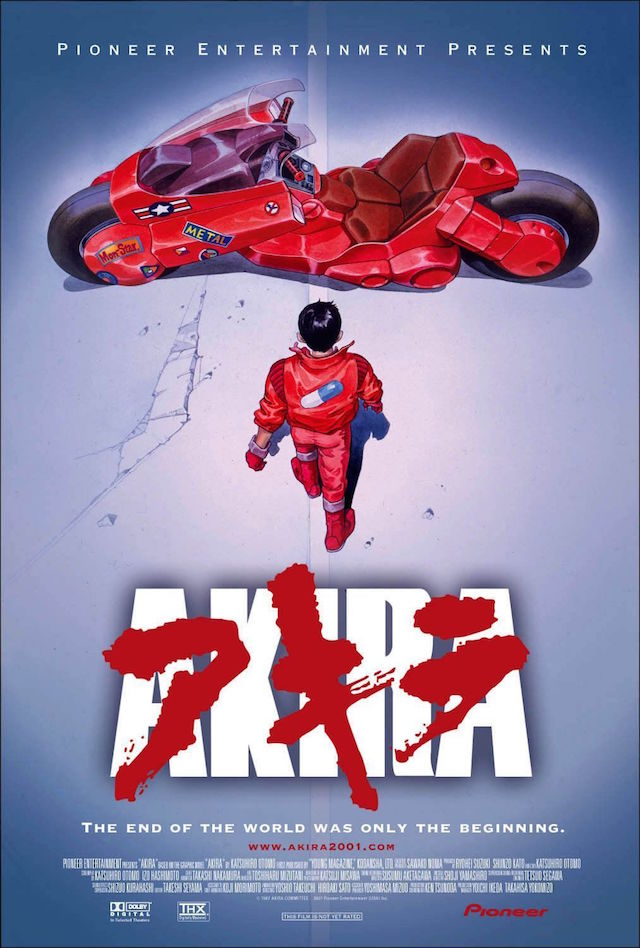 Let's be clear - compared to the likes of 'The Wrath of Khan', 'The Voyage Home', 'The Undiscovered Country' and even 'Star Trek: Generations', it's fair to say that 'Star Trek: The Motion Picture' didn't live up to its potential. In fact, the movie's snail-like pace, the lack of a coherent story, the overwrought nature of it all, meant that it couldn't succeed as something other than an example of what not to do. In spite of this, it had the best poster of the entire franchise, right the way through to 'Star Trek Beyond', which took its own poster as an homage to it. 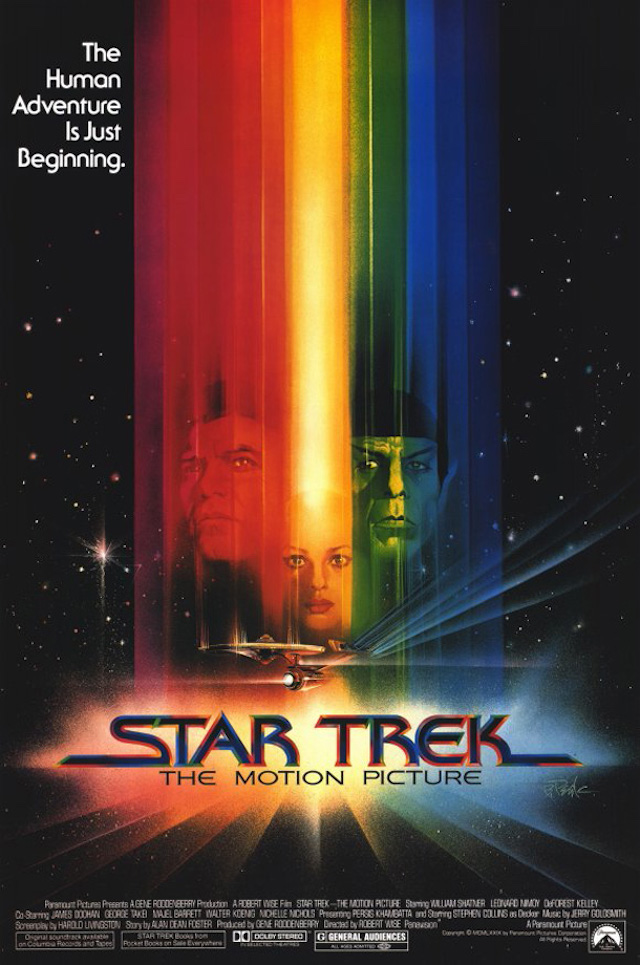 It's hard not to look at something like 'ET' and not be immediately swept away in the sentimentality of it. You just look at the poster and your mind's cast back to grainy videos and well-worn cassette covers dyed in the sunlight. It's all childlike wonder and innocence, both at the size of the moon and the fact that a bike is flying through the night on an adventure like never before. 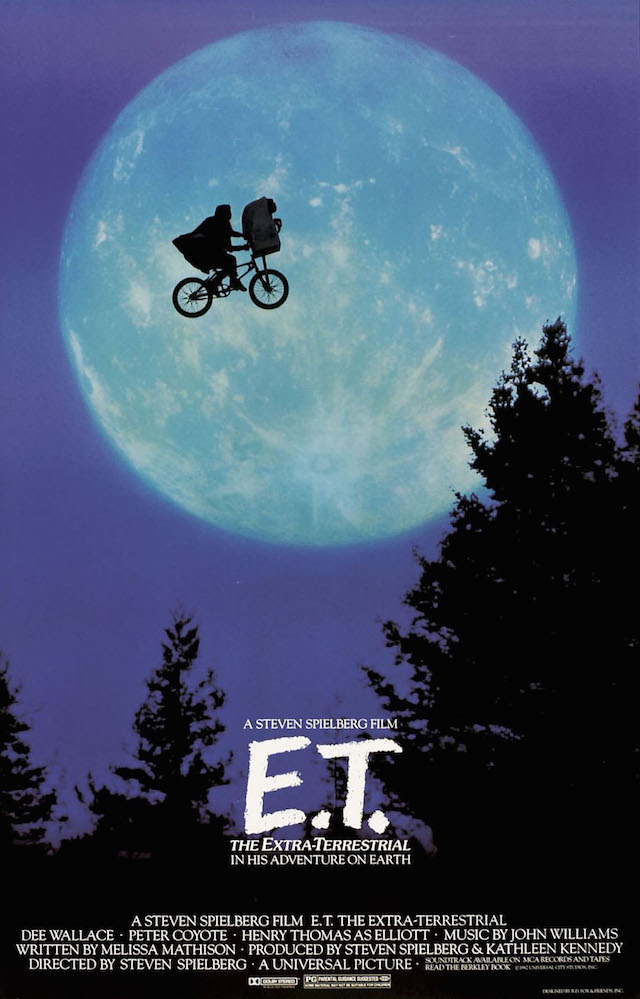 If 'ET' was the hope that life beyond the stars was benevolent, 'Alien' was the exact opposite of that. Here, it was slimed, frightening, menacing and born of something unknown - a simple egg, bathed in a sickly green light with a simple tagline above it. It draws you in, trying to figure out what's inside the egg. For designers Steve Frankfurt and Philip Gips, it was the benchmark by which all future sci-fi horrors were measured against - and often found lacking. 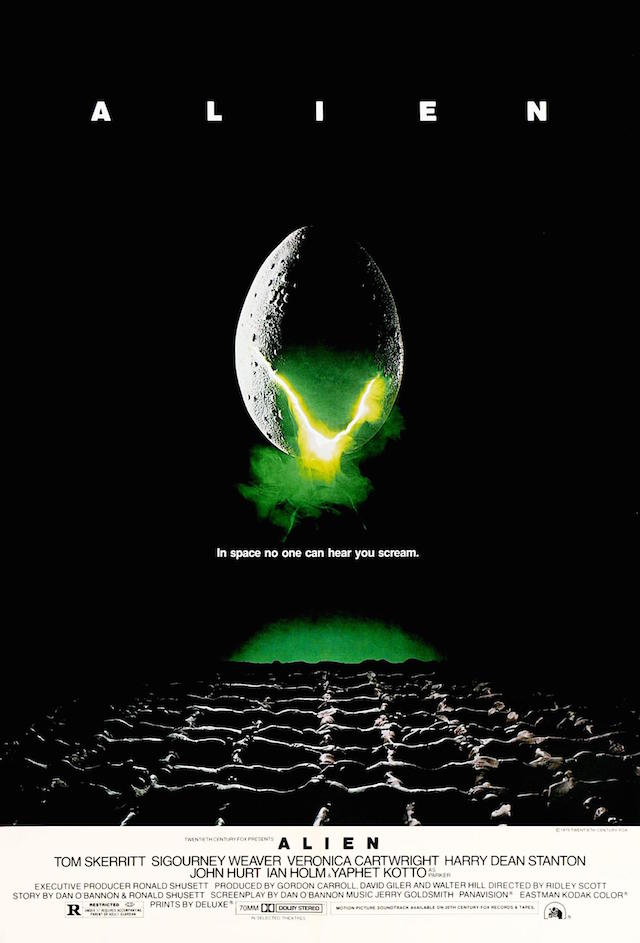 'Altered States' is a movie that, when discussed, is often talked about in terms of the behind-the-scenes drama between director Ken Russell and screenwriter Paddy Chayefsky. Yet, for all that it entailed, the result is a startling sci-fi drama-horror about human consciousness and the deepest recesses of the human mind. All of that may not necessarily come through in the poster, but what becomes clear from looking at it is that everything you see in it is off-kilter. William Hurt is upside down, yet the wires around his head are coloured while the rest of it is in a beige/brown colour. Meanwhile, Hurt's eyes gaze out at nothing - or maybe everything. 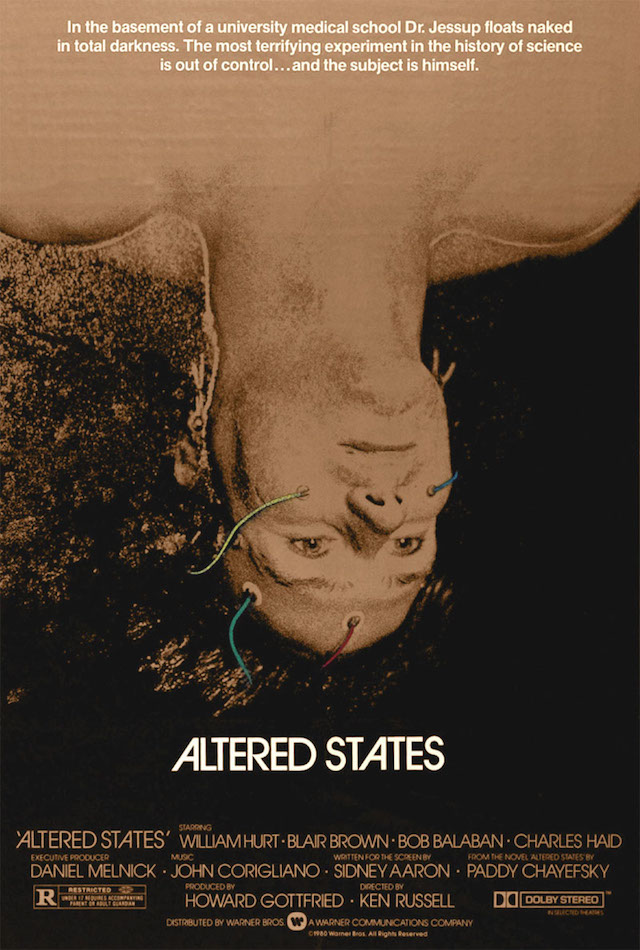 John Carpenter's 'Escape From New York' isn't the sharpest movie, or the most expensive movie, nor did it have the same impact as some of his other works - but there's no denying that the poster for it inspires exactly the kind of vibe and presence he was going for. Namely, a comic-book action strip come to life, and a story about America as a failed state. The beheaded Statue of Liberty alone says it all, but it's the army of crazies piling over it and chasing after Snake Plissken that hammers it home. It's not subtle, but it gets the job done - just like its director, its star and the poster itself. 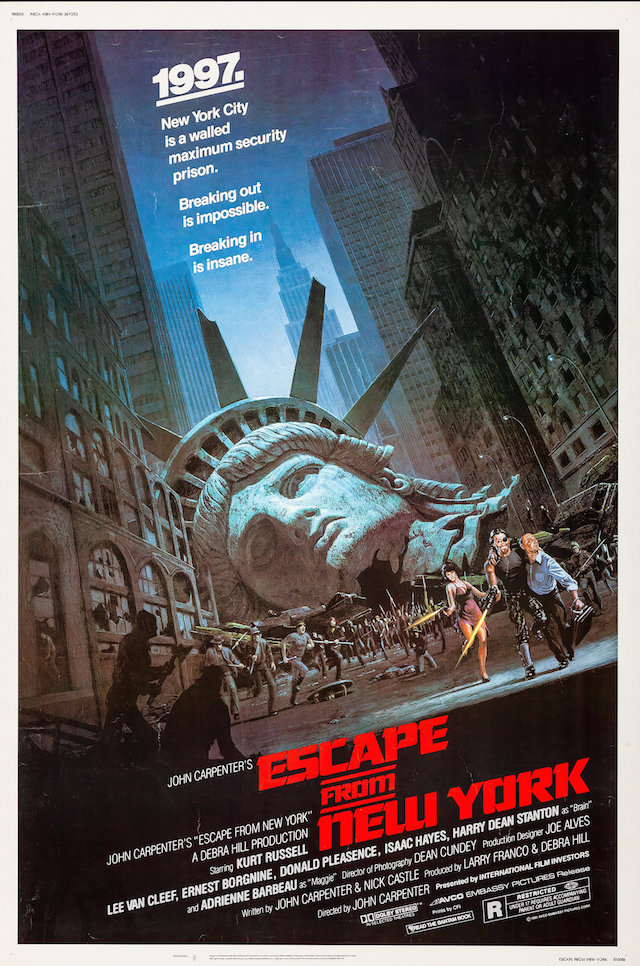 Scoff all you want, but you can't deny it - you probably guessed this was going to be up near the top. It's not hard to see why. When you think of sci-fi movie posters, it's the first one that comes to mind. Why? Because it's everything you look for in a sci-fi movie poster. Stars. Explosions. Evil villains. Weird technology. It's all there, bursting out of the page, beckoning you off to a galaxy far, far away. At a time when movies were dark, cynical and held in reality, 'Star Wars' was a journey into some place truly different. The poster was the first step. 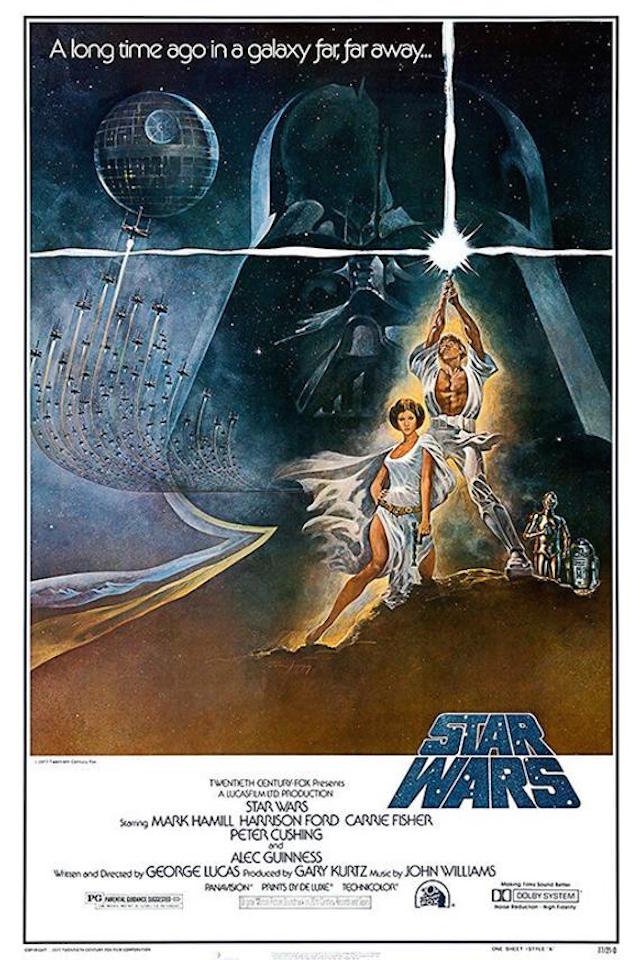