Christmas is all around me

As Hugh Grant says in the film, 'Love Actually' is all around us, and at Christmas time, the movie really is everywhere you look.

Whether you hate it, genuinely like it, or love it ironically, 'Love Actually' has become a staple of seasonal viewing.

It hit cinemas a decade and a half ago today, if you can believe it.

There's tons of behind the scene trivia about the multi-threaded film which you may not even know.

1. There was an additional plot involving the children's headmistress (Anne Reid) and her dying lesbian partner (Frances de la Tour) that didn't make the final cut.

2. There's a music change-up in the US version. In the office party scene, Kelly Clarkson's 'The Trouble With Love Is' plays instead of 'Too Lost in You' by the Sugababes.

3. Thomas Brodie-Sangster's dad taught him how to play the drums for the movie.

4. Even though Keira Knightley's character is getting married in the film while Thomas Brodie-Sangster's is only in school, the actors are only five years apart in age. Knightley was 18 at the time of filming while Brodie-Sangster was 12. 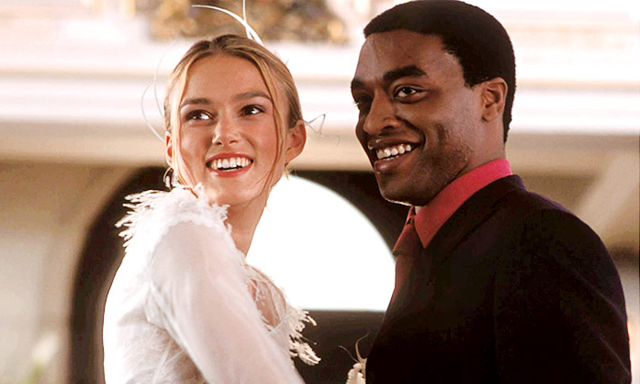 5. The airport greeting footage at the start and end of the film is real. Richard Curtis had a team of cameramen film at Heathrow airport for a week, and whenever they saw something that would fit, they asked the people involved for permission to use the footage.

6. The lake in which Lúcia Moniz and Colin Firth are "swimming" was actually only eighteen inches deep. They had to kneel down to pretend they were in deep water.

7. Simon Pegg auditioned for the jewelery salesman role that went to Rowan Atkinson.

8. Atkinson's character was originally meant to be an angel. Richard Curtis decided introducing a supernatural element to the story was too complicated.

9. Emma Thompson's crying scene was unscripted. The actress has said since that she drew from her own ex-husband Kenneth Branagh's affair to get to the emotion for the scene. 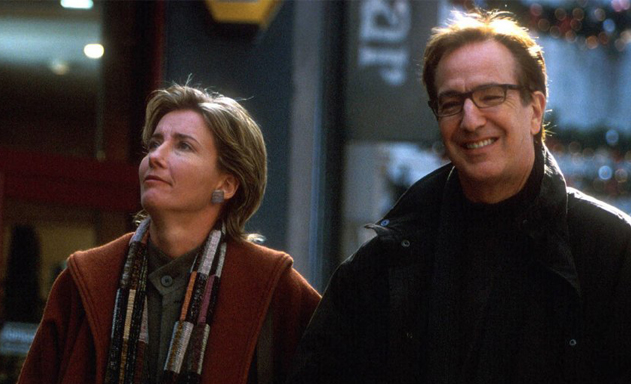 10. While Richard Curtis earned fame for such films as 'Four Weddings and a Funeral' and 'Notting Hill', 'Love Actually' is actually his directorial debut.

11. The movie has inspired a Japanese film ('It All Began When I Met You'), a Hindi film ('Salaam-e-Ishq: A Tribute to Love'), a Polish film ('Letters to Santa') and Dutch rom com ('Alles is Liefde').

And here's a bonus: The word actually is actually said 23 times in 'Love Actually'. Actually.

The Interview: Ciarán Hinds on Belfast, acting advice, and memories