10 Irish Movies You Need To See Before You Die

To be fair, there's way more than 10 Irish movies you need to see, but these are some of the best.

What with it being Paddy's Day weekend and all, it seems only right to run down some of the best Irish movies ever made.

In the last twenty years, Ireland has come on leaps and bounds in terms of both the acting and directing talent coming out of the country, but also productions based in Ireland and about Irish stories.

While 10 movies is just barely scratching the surface of what's out there, these are some of our favourites.

Directed by one of the leading Irish directors, Neil Jordan's thriller covers the Irish experience in England, terrorism, homophobia, trans-gender issues and Boy George. Stephen Rea, a regular collaborator with Jordan, plays Fergus. A troubled IRA operative, he's involved in the kidnap and murder of a young British solider, played by Forrest Whittaker. Consumed by guilt at what he's done, Rea seeks out Whittaker's wife, a cabaret singer who's hiding a secret. The film would win Best Original Screenplay at the Oscars that year.

What's fascinating watching 'A Date For Mad Mary' back the first time is how the story so gradually unfolds from being an all-purposes kitchen-sink dramedy into a truly affecting story about friendship and transformation. Really, it's best approached completely blind with no preconceived notions or even anything more than a general synopsis. Smart, funny, beautifully shot and told with generous homour, 'A Date For Mad Mary' is an Irish movie unlike any other.

The first of Roddy Doyle's adaptations, 'The Snapper' was released originally as a TV movie before it gained a theatrical release. Set in North Dublin in the '80s and telling the story of Sharon Curley and an unwanted pregnancy, it's since become a national treasure and can be quoted readily by any Dubliner. Examining Irish attitudes towards sex ("I suppose a ride's out of the question?"), contraception as well as marriage, a film about pregnancy hasn't been this funny since.

It really does say a lot about how far Ireland's movie output has come that you can have a weird, almost David Lynchean story about violence in Dundalk, dreams, and the kind of visuals you'd expect in a French arthouse movie, and it just makes sense. Director Aoife McArdle draws out stark visuals from the mundane surrounds of Dundalk, but it's the music and the atmosphere that she's able to evoke that really sells it. Weird, achingly cool and memorable, 'Kissing Candice' is a feast for the senses. 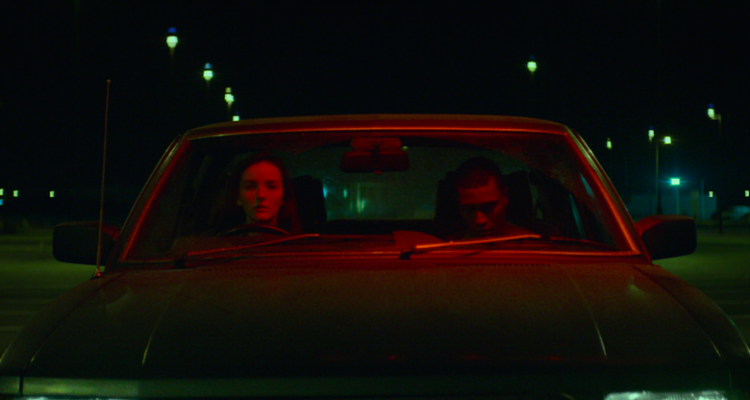 Brendan Gleeson rarely gets recognised for the incredible range he can portray. He's played villains, jokesters, Greek kings and more. Here, in 'The Guard', he plays, well, a guard. Fond of blow and hookers, Gleeson's character lives by his own rules and enjoys himself whenever he can. 'The Guard' is laced with pitch-black humour and is raucously funny throughout, not the least of which is helped by Don Cheadle, Mark Strong and a host of Irish talent. The whip-smart dialogue by John Michael McDonagh, the razor-sharp comedy and its simple plot make for one of Ireland's most enjoyable comedies.

Now almost an institution, 'My Left Foot' highlights not only prejudices against the disabled in Ireland, but also the importance of culture and arts to leading a full life. Daniel Day-Lewis' portrayal of Christy Brown was both physically challenging and emotionally taxing for him. True to his belief in complete immersion, he'd stay in character when the cameras were off to experience how people viewed him with frustration as he'd to be carried in and out of each scene by a stagehand. Day-Lewis would go on to win his first Oscar.

Although Jack Reynor is now a familiar name in movies, he wasn't always so and the same goes for director Lenny Abrahamson. In the title role of Richard, Jack Reynor gave one of the most powerful performances of 2012 and announced himself as a talent to be taken seriously. Although it claims to be not based on the Annabel case, it's hard not to watch 'What Richard Did' and draw comparisons to it. Dark, unsettling and a truly riveting performance by Reynor, it's as good a calling card as anyone can ask for.

Just recently added to Netflix, 'Michael Inside' is a searing indictment of the Irish prison system told from the viewpoint of those experiencing, both inside and outside of it. Frank Berry directs with a level of sensitivity and empathy that it sorely lacking from the national conversation around the prison system in Ireland, but it's the performances of Dafhyd Flynn and Lalor Roddy that helps to anchor it and give the story emotional context. Quietly devastating, 'Michael Inside' is essential viewing.

Daniel Day-Lewis reteamed with Jim Sheridan for one of the most emotionally evocative films of the 1990's and perhaps the most politically-charged Irish film since... well, ever. Playing Gerry Conlon, the wrongly-accused leader of the Guildford Four, Day-Lewis gives another powerhouse performance. Alongside Emma Thompson and Pete Postlethwaite, the film gives a stark view on British procedures against inmates during the '70s, as well as British involvement in the North itself. Nominated for seven Oscars, it's one of the finest examples of courtroom drama and an honest portrayal of life in jail.

"I don't know why you bother. Everything's shite since Roy Orbison died.” 'The Commitments' is replete with any number of instantly quotable lines. What's more, however, is that it's a perfect snapshot of Ireland in that time period. The clothes, the music, the general shittiness - it's all there for everyone to see. What made 'The Commitments' and, indeed, all of Roddy Doyle's film adaptations so great was that they never shied away from showing Ireland as anything other than what it was. It was as truthful a portrait of the country as anything seen before or since.