The 10 Most Valuable (And Rarest) Videogames Ever

Check your attic now because there may be something of value other than your parents' wedding album.

We might all have sentimental value for old videogame cartridges and consoles lying up in the attic, but they could have a great deal more value.

Retro videogames have always been lucrative for collectors, but recently, some games have been selling on the likes of eBay and in private auctions for vast sums of money. How big are we talking?

You might think 'Tetris' is pretty easy to come by, especially considering how popular the game is. You're not wrong. However, a working game cartridge of 'Tetris' for the Sega Genesis / Mega-Drive is extremely valuable. Why so? Legal reasons, basically. Only 10 of these cartridges were produced because Nintendo - at the time - had exclusive rights to 'Tetris'. The game was never officially released and copies were only owned by the development team who ported the game to the Sega Genesis / Mega-Drive. A signed copy of the cartridge by Alexey Pajitnov was put up for sale in 2011 for ONE MILLION DOLLARS. 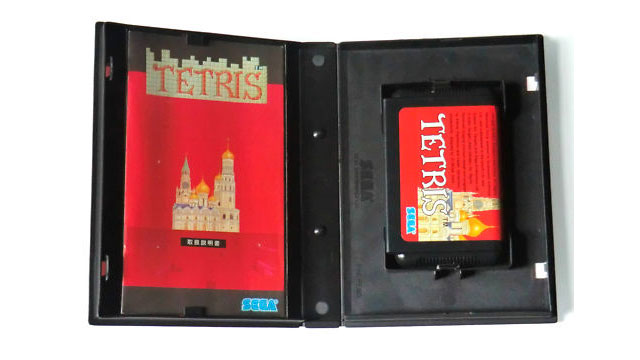 A copy of 'Tetris' for the Sega Genesis

These cartridges were specially designed by Nintendo as part of a US promotional and marketing tour. This specially designed cartridge featured three games - 'Super Mario', 'Rad Racer' and 'Tetris' - with high scores recorded by officials. The competition itself was pretty huge, with prizes offered to players including bonds, money, trophies and highly rare game cartridges, like the ones here. Only 26 of these golden cartridges were made, meaning they're almost worth their weight in gold.

What makes this game so valuable is that it was literally made to order. The idea behind 'Birthday Mania' was pretty simple. You'd contact the company who made them by mail and give the specific details of whoever's birthday it was. A few weeks later, you'd receive a specially-designed cartridge with the person's name on the cover and in the title screen of the game. Back in the '80s, this was a huge draw, but according to sources in the know, there are almost no working or viable copies remaining - hence its huge value.

The Neo-Geo is a pretty rare console to begin with and, to our knowledge, wasn't sold widely in Ireland. With that in mind, it's rarer still that this would be lying up in your attic. 'The King of Fighters' was a relatively popular fighting series that was released for various consoles. When the company behind the series - SNK - was entering bankruptcy, the English-language version of their last game, 'King of Fighters 2000', was pushed out just in time for the Neo-Geo. Official sources have it that there were only 100 copies made for the Neo-Geo.

'Wrecking Crew' was bundled with the NES on its release, but for whatever reason, it didn't become all that popular and was never really picked up by early players. In the interim, 'Wrecking Crew' has become hugely sought-after by collectors for this factor. It was also one of the most least-known Mario games, as players controlled the plumber as he attempted to destroy large portions of a castle. Huh.

Widely accepted as the rarest game for the NES, 'Stadium Events' has had a pretty chequered history. In 2013, a woman purchased the game in a goodwill / second-hand shop in North Carolina for $7.99 and - upon discovering its rarity - sold it at auction for $12,000. Do the math on that one. The game is, however, relatively more common in Europe as the game was distributed in West Germany and Sweden throughout the '80s. PAL versions - that's the European version - have sold for in and around €1,500 to €3,000.

'Superman' for the Atari 2600 was a reasonably popular game, so it's entirely likely that if you have a copy of this game in the attic, it's not particularly  valuable. However, if the writing on said cartridge is yellow and it has the words Sears Telegames on it, congratulations - you've just found one of the rarest games ever created, and easily one of the most valuable. Factory-sealed, boxed copies of the game can sell for ten of thousands, but even a regular, unboxed copy of the game - the Sears Telegames picture-labeled version - can get you in and around $300.

For those under the age of 25, Blockbuster was a huge rental chain that operated across the world - there was even a couple here in Ireland - that rented out videos and videogames. This cartridge was created by Sega and Blockbuster and contained a copy of 'NBA Jam Tournament Edition' and 'Judge Dredd'. The cartridge was, like the previously mentioned Nintendo World Championship, used for gaming competitions throughout the '90s. It's believed that only two or three copies of the cartridge exist - hence their value.

Sure, if you had a NES back in the day, you had this game. However, only a very small number of cartridges were made with specially-designed Chinese lettering AND English lettering. It's understood that the cartridges were specifically made for the Hong Kong market, where bilingualism between English and Cantonese was quite common. These cartridges, however, weren't that common at all and fetch a hefty price at auctions.

It doesn't get much more rarer than 'Gamma Attack'. How rare are we talking? There is literally ONE copy of this game ever made and it's in the hands of uber-collector Anthony DeNardo. The game, which was created by a short-lived studio called Gammation Products, only made peripherals for the Atari 2600. The game itself was long considered to be a myth. However, a copy was put up for sale on eBay in 2008 for the princely sum of $500,000. That's right. Half a million dollars. For a game cartridge.

Start your summer by winning money on 'FIFA' and 'Fortnite

'Max Payne 3' at 10: Rockstar Games at their most self-indulgent

'Starfield' has been delayed until 2023