Why single-player campaigns are more relevant in gaming than ever

Players know the value of a good story, and developers do too. But why don't publishers?

In the coming months, games like 'Ghost of Tsushima', 'The Last of Us, Part II', 'Final Fantasy 7 Remake', 'Doom Eternal', and 'Cyberpunk 2077' will go on release after months, if not years of anticipation by gaming media and players alike.

The genres are fairly well spread out - you've got sci-fi, historical epics, a remake of a classic RPG, and a reboot of a classic shooter. These games represent some of the most in-depth work in the industry today, and yet, almost none of them have any multiplayer component - and if they do, they're barely a selling point for them.

'Ghost of Tsushima' is decidedly a single-player experience, casting you as a vengeful samurai waging a guerilla war against invading Mongols in feudal Japan. The game is described as an open-world experience, and sees players determine their own path to victory in a richly designed world based on the first Mongol invasion of 1274.

'Cyberpunk 2077', meanwhile, is set in the table-top world of 'Cyberpunk', and again offers an open-world experience where players can design and create their own character to interact with the sprawling world of Night City, giving you total freedom to decide if you're going to be a cop or criminal, a hacker or a gun-for-hire, or all of the above. While there's talk of a multiplayer aspect being added at some point, developer CD Projekt have said that single-player is their first priority for the game.

Both of these games regularly top other gaming media's most-wanted lists. Pre-orders for 'Cyberpunk 2077' are in the tens of thousands. Even when the game's release date was delayed, nobody seemed particularly worried or angered by the fact because players readily accept the old maxim that a delayed game is eventually good, whereas a rushed game is bad forever.

More than this, what these games show is that single-player is far from dead in a market that's flooded with arena shooters, free-to-play multiplayers, and esports. Players are continuously flocking to single-player games more and more, and the reasons are myriad but almost all of them tell a similar story.

By and large, players have varying levels of skill and multiplayer games can often show up this imbalance. Unless you have to hours to devote to honing your skill to an acceptable level, odds are you're going to have your ass handed to you within 15 seconds by someone else who has put in the time and work to 'git gud'. That's often the response to being bad at multiplayer games - 'git gud'.

Yet, there is now a generation of players who simply aren't able to devote the same amount of time to gameplay, but are still eager to pick up a controller and relax into another world. That's why single-player campaigns nowadays effectively split their stories, not into levels, but episodes. 'Metal Gear Solid V', for example, opens each mission with a credits roll like a television episode, dropping you into the story and allowing players a chance to acclimate before going any further.

More than that, single-player campaigns are designed to respect individual skill levels. Developers specifically lay out a game to teach players the game, test their knowledge of the game, and all while layering the story over it as well. More than that, if you can't devote the time you need to a game, you can adjust it so that you're getting the story and the challenge of it is less so.

Another aspect cleaves more to the social element of multiplayer gaming, and how some players just simply prefer to go without it. So often is the case that multiplayer games can often be a victim of trollish behaviour and 'griefing'. For those unaware, griefing is when a player disrupts and harasses other players in a bad faith manner. Anyone who's played five, maybe ten minutes of 'Grand Theft Auto Online' and had a car dropped on top of them will know what this is.

Even if a multiplayer community isn't quite so toxic as this, there's also the fact that many players simply prefer the idea of exploring a game's world alone and without the constant distraction of matchmaking, open mics, excessive challenges and the issues of connectivity. It's enough for some players to simply disappear into another world, alone, and live in that space.

Single-player campaigns in the likes of 'Skyrim', 'The Legend of Zelda: Breath of the Wild' or even 'No Man's Sky' offer a chance for players to escape reality for a few hours at a time, and given how distracting and chaotic the real world is, that kind of immersion is a comfort. For all of the connectivity and social interaction attached to gaming nowadays, a singular experience can be much more rewarding and enjoyable. 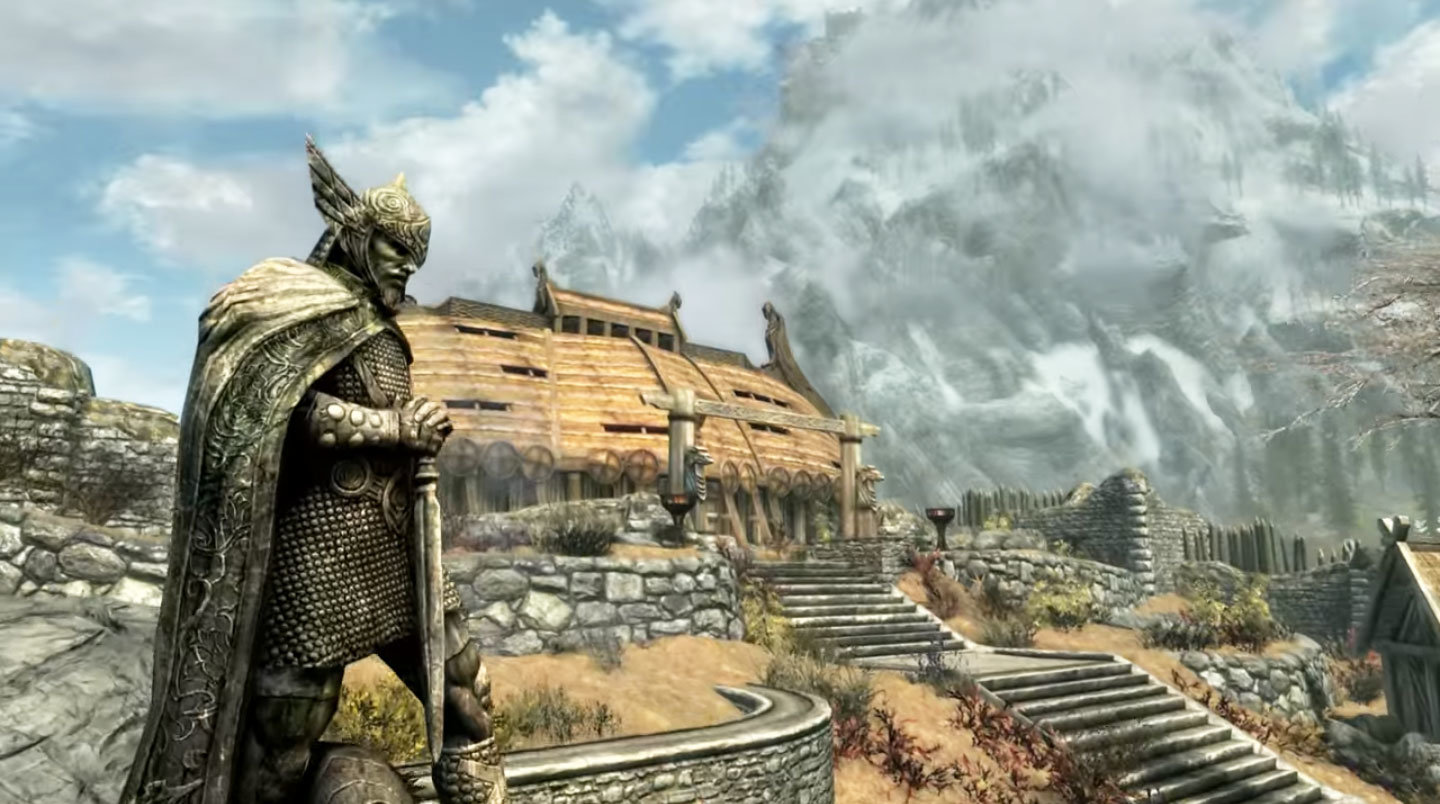 A screenshot from 'The Elder Scrolls V: Skyrim'

The fear, however, is that publishers - eager to boost profits and ensure a game's lifespan - will soon see single-player campaigns as a costly expense that can be jettisoned. 'Titanfall 2', for example, had one of the finest examples of a single-player campaign in a modern shooter, but never created further single-player campaigns. Instead, the multiplayer component of the game was spun off to create 'Apex Legends', a free-to-player shooter that's currently rivalling the likes of 'Fortnite' and 'Escape From Tarkov'.

'Grand Theft Auto V', for example, has made close to a billion dollars since the game's release - all of it from DLC made specifically for multiplayer. 'Black Ops 4', a spinoff of 'Call of Duty', simply did away with single-player campaigns altogether and strung a thin story over its multiplayer. In the past, 'Black Ops' had enjoyed some of the most intricate single-player campaigns in the 'Call of Duty' franchise.

It seems crazy to think that once upon a time, multiplayer was merely an afterthought. 'GoldenEye 64', one of the finest examples of multiplayer shooters, had its multiplayer system developed by a single programmer in the space of just six months. Yet, for all of its impact, people often cite the single-player campaign in the same breath as the multiplayer.

Like everything else in gaming, the market determines the output and the course of action by developers and publishers. While multiplayer games aren't going anywhere and well served in the marketplace, it can't be overstated how important and how relevant single-player campaigns are to players.